In order for the question to be migrated, a majority of the close votes (on Stack Overflow, all votes) must be for migration to the same site. If the question gets closed without the required majority vote (or on Stack Overflow, unanimous vote), the question will not be migrated, just closed; this includes cases where most votes are for migration, but there aren't enough votes to migrate to the same site. (On Hardware Recommendations, which only requires a single vote to close a question, only one user's vote is enough to migrate.) 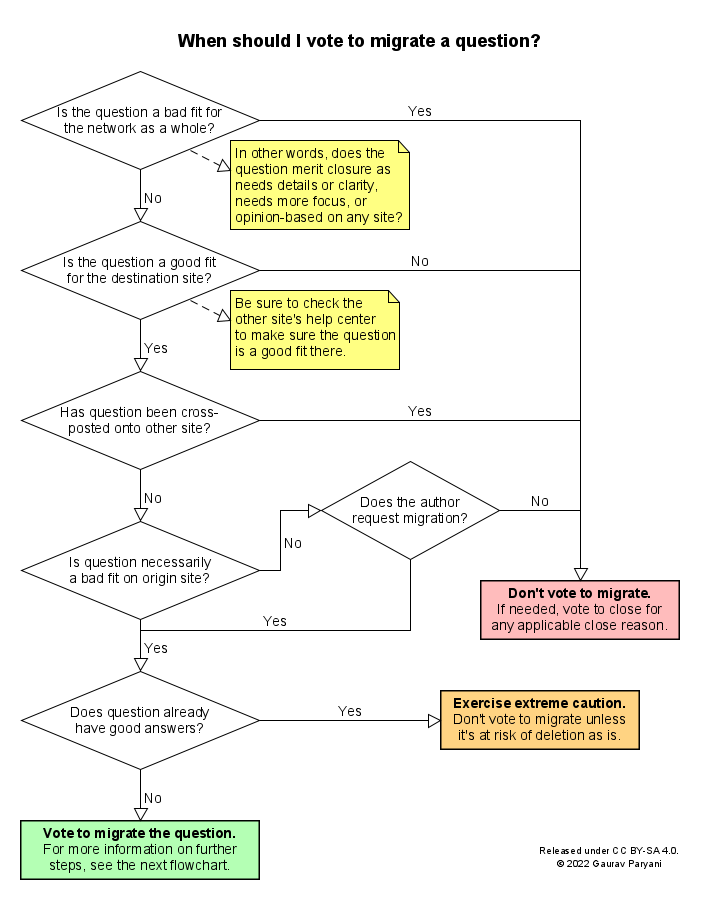 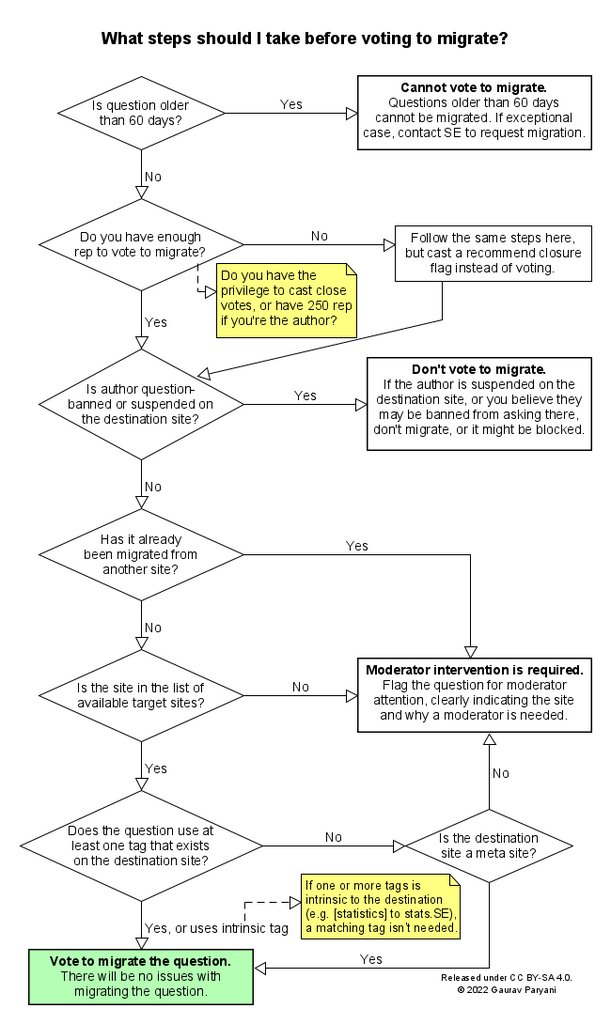 A question will be considered rejected by the target community after it has already been migrated if, on the target site, one of the following things happen before the migration stub on the origin site is deleted:

32
How to migrate question to programmers.stackexchange.com
16
Is it worthwhile to migrate questions that already have accepted answers?
25
I've lost a lot of rep when the question with my answer has disappeared
11
What are the guidelines for flagging posts for migration to another site?
14
How do I request migration of a question from site X to site Y
16
Is there a way to migrate a question to a SE site not on the "belongs on" list?
9
What is a rejected migration?
0
Why are posts closed as off-topic if suited for another Stack Exchange site?
5
What's the best way to ask that my question be moved to Stack Overflow?
-10
Downvote for off topic after migration
See more linked questions

509
How does deleting work? What can cause a post to be deleted, and what does that actually mean? What are the criteria for deletion?
1102
How does accepting an answer work?
720
How do I get attention for one of my own questions without a good answer?
647
Are answers that just contain links elsewhere really "good answers"?
596
How does the bounty system work?
866
The Many Memes of Meta
680
How do comment @replies work?
826
What are the badges I can earn on each site, and what are the exact criteria for earning each badge?
671
What is the association bonus, and how does it work?