Shouldn't the new "Marshall" badge be spelt "Marshal" instead?

Just out of curiosity, was the badge spelt "Marshall" with a double 'l' for a special purpose?

"Marshall" with a double 'l' is the name of four famous men, while "marshal" means:

an administrative officer of a U.S. judicial district who performs duties similar to those of a sheriff.

which would be more in keeping with "Deputy". Perhaps it was spelt after the name of some famous men on purpose?

According to Merriam-Webster (American), Macmillan British and American, dictionary.com (American), the Oxford English Dictionary (access necessary e.g. through a university network), Longman (British), and Cambridge Dictionaries Online (British), marshal seems to be the variant more commonly used for the official/military title (in both British and American usage), hence I say the badge name should be changed. As mentioned before, the double-L variant mostly occurs as a last name. Some dictionaries list it as that, others don't at all.

Wikipedia may or may not be trusted in this matter, while http://en.wikipedia.org/wiki/Marshal claims

Marshall may refer to:

It would seem more correct with the one "l", although passable either way. But sure, we can rename that (next deploy).

Oh, and for the record - re

I deny all blame here!

I have a old family deputy US Marshall badge and have found 1890s spelling with 2 L's i.e.

I think it was a variant from British colonial times: 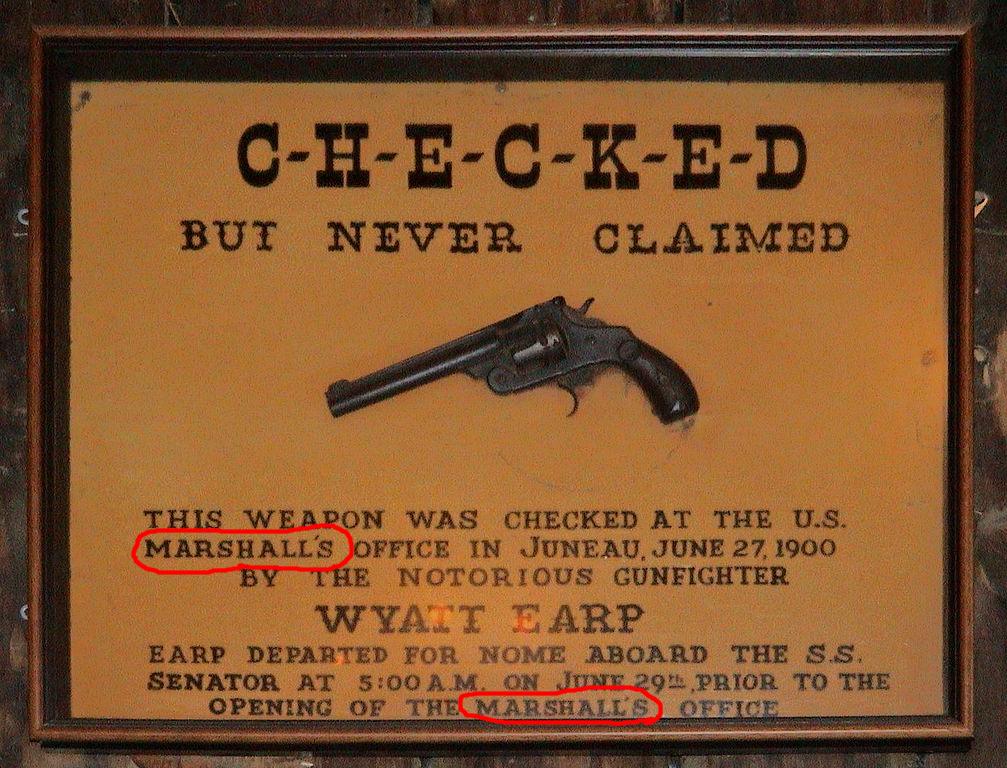 I already wondered that and may I quote from Wikipedia:

It would be simpler to just rename it to 'Serialize'.

Not the answer you're looking for? Browse other questions tagged discussion status-completed badges spelling .

827
What are the badges I can earn on each site, and what are the exact criteria for earning each badge?

205
The generalist badge should be gold
827
What are the badges I can earn on each site, and what are the exact criteria for earning each badge?
21
Change the requirements for the Marshal badge
18
How do mods earn the Marshal/Deputy badges?
46
Count flags handled as a moderator toward Deputy and Marshal badges
364
New three-tiered badge idea: Explainer →Refiner → Illuminator
256
Stack Exchange staff speaking to the press instead of the community