I am seeing the same issue with duplicated comments as in Bug? Duplicated comment (unresolved), in https://stackoverflow.com/questions/7185857/how-to-what-added-in-sys-path-append but I have some more information which might help to recreate the bug.

There was a comment which I was going to flag as offensive, unfortunately I accidentally clicked upvote and then I didn't seem able to flag it again after that. I went 'back' on the browser and flagged it. Then there appeared a duplicate comment, both of which I appear to have upvoted, but only appearing when I'm signed in. When I log out it's gone, and when I log in again it's back. 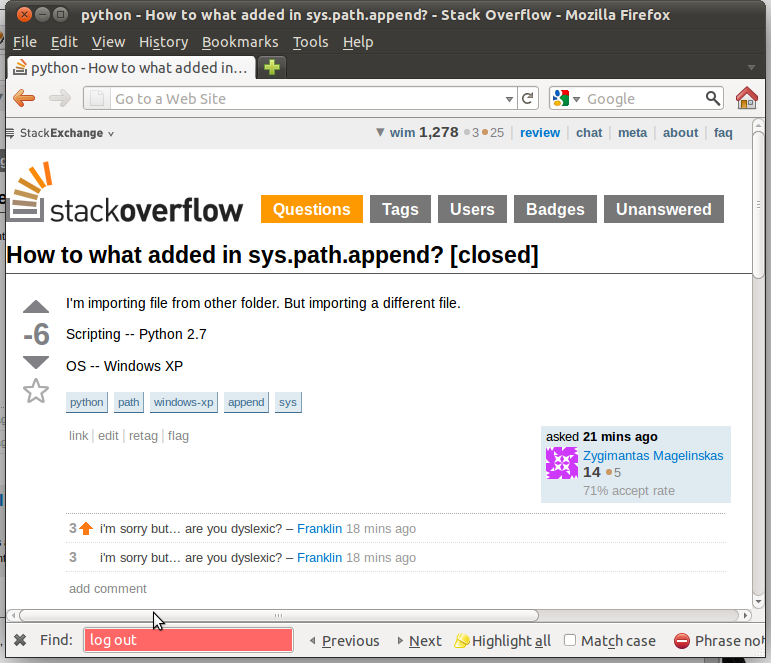 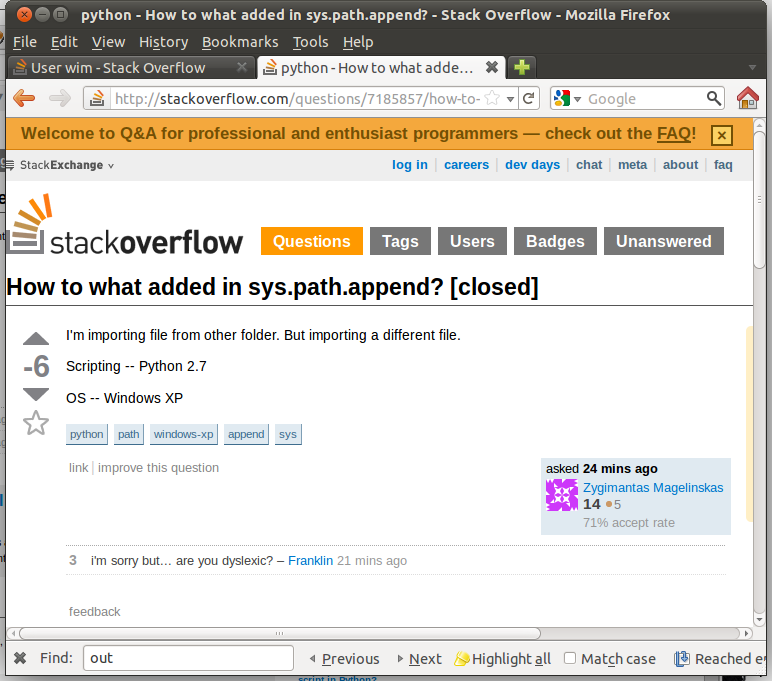 By the way, it was slightly annoying to have cast a vote like 'this is a great comment' when I was actually intending to say this is an offensive comment. Could it be possible to undo comment upvotes, like you can with Q and A posts, or at least not remove the vote to flag?

There were two issues at play here:

Part 1 is fixed by enforcing the rule on the server as well.

Part 2 is fixed by considering this edge case and picking up each comment only once, even if a duplicate vote/flag somehow made it through. As I said, that's very unlikely, but since we cannot enforce this, say, through a UNIQUEness constraint in the database (due to the way the data is stored), it's not impossible. For perspective: Out of close to 9 million comments on Stack Overflow, yours was the fourth where this happened.

(Fix will go out with the next build.)

Not the answer you're looking for? Browse other questions tagged feature-request bug status-completed comments .

547
Cancelling upvote on comment?
645
How do comment @replies work?
254
Reset votes on migrated questions
83
Comments that fail to post start the “You can only comment every 5 seconds” timer
401
Add an “I don't understand” option for review audits
138
Allow moderators to hide a revision
37
“Add/show 1 other comment” bug strikes again
578
We're switching to CommonMark