Because flagging for moderator attention can result in some fairly severe unilateral action by mods (suspension, deletion, rep loss, etc) these decline reasons are private. They are displayed only to moderators and to the flagging user when browsing their flag history.

We currently have the following predefined reasons for moderator flag declines:

The primary purpose of the flag decline reason is to educate users -- and moderators -- about proper use of flags and when they should be declined.

flag is conversational not actionable.

This is just a starting point; ideally I'd like the "top 5" moderator flag decline reasons to be populated here so mods rarely have to reach for the other field to manually type anything in when declining a flag. I am not tied to any of these mod flag decline reasons in any way. Feel free to propose anything from mild copy changes to totally different decline reasons, provided you can ...

If you are a moderator on a Stack Exchange site, or someone who flags a lot, let us know what common decline reasons should appear in the decline dialog.

Here are some suggestions on providing the end user with more elaborate messages:

Flags should not be used to indicate technical inaccuracies, or an altogether wrong answer. See [Link to FAQ] for what to do instead.

A moderator has reviewed your flag, but found no evidence to support it.

( ) flag is conversational, not actionable

The flagging system is intended to make moderators aware of content that requires their intervention. Please do no use it for anything else.

The question would not be on-topic on the target site you suggested, or does not need migration at all.

And specially for Will:

I gotta say, I'm confused once again as to the purpose of declining a flag.

We've been told repeatedly over the past few days that we should only be declining flags done in bad faith: things where the user was just using flags for completely the wrong reason.

The first two fit in with that purpose: people shouldn't be flagging in lieu of downvotes or putting a bounty on a question.

But the third, as described here, is not what I would consider to be a dismissal of a bad faith flag. If a user thinks an answer is so bad that it's actively harmful to the site, flagging it as such seems to be the appropriate action. However, moderators can and do disagree with that assessment: that doesn't mean the user was wrong to bring it to our attention.

They weren't using flags the wrong way, they're just mistaken in this specific instance. Before this whole education about when to flag as declined, that was generally the reason we dismissed flags as invalid. Yet we've now been told that we should almost never decline flags if they were done in good faith. Being mistaken doesn't mean a person was acting in bad faith.

What I would consider to be a bad faith "flag indicates state that never existed on post" would be something like someone marking an answer as spam when it contains no promotional content, or marking a post as offensive because it contains a mild critique of PHP, or something equally pointless.

So which is it? If we're supposed to be declining flags as we've been doing: that is, declining flags when the flagger is mistaken even if they appear to be genuinely trying to help, then that's fine but we've been getting some serious mixed messages.

If we're supposed to only be declining flags when the flagger is being a nuisance with flags (i.e. acting in "bad faith"), then the "flag indicates state that never existed on post" is problematic and shouldn't be there.

Rather than the vague wording of this decline reason, I'd rather see something that indicates something concrete.

For example, on Programmers, we have people flagging questions that have source code in them as "off-topic, belongs on Stack Overflow" even if they're asking about a conceptual problem. These flags are nuisance flags from people who just don't bother reading the question once they see the code block. I'd like to see a canned dismissal message something akin to:

question is on-topic and valid for this site

and for answers, particularly for answers that thin-skinned people find offensive (like the mild critique of PHP mentioned above):

The reason I decline flags 99% of the time are the ones flagging wrong answers.

to be a bit clearer and say something like:

flag is about technical accuracy of post or a wrong answer.

As per Tim's comment above, quite often flags go stale because another user has made the effort to rescue a post, or the OP has added more info to the question.

We're an exacting community and this is a good thing, however there are times when I want to decline some of these "low quality" flags as "Lazy - Didn't use your edit rights" (ok, maybe not quite literally like that).

I know this is a contentious issue, but often flags are raised on a question that could easily be rescued with a quick edit where the english is poor but they have provided enough technical info to be able to answer the question.

I see that a lot, even after the barrier to editing has been removed.

The others seem reasonable now that you've explained them.

(just noticed JoseK deleted a similar answer, but I still want this)

Flag could have been resolved by editing

Or, in other words,

On a less serious note, I'd also like the ability to reply using image macros. 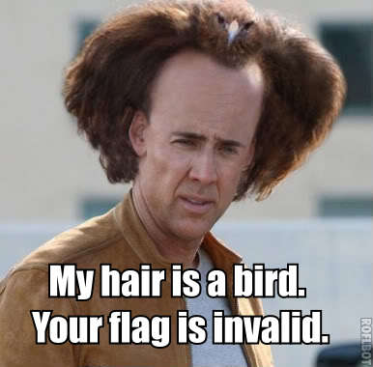 ( ) flag is conversational, not actionable --> Please use the flagging system only for reporting actionable problems with a post.

And a potential new one: Your post can only be deleted if there is a compelling reason to do so, and you didn't provide one.

I suggest watering down the wording of

if put this bluntly, it's likely to start angry fights on Meta if a mod overlooks something.

Moderator was unable to confirm that post was in this state

My first thoughts, this is not targeted as final reason-list, but rather to write down my ideas for reasons.

Not the answer you're looking for? Browse other questions tagged discussion flags declined-flags flag-reasons .

800
Recent feature changes to Stack Exchange
107
Pending approvals: allow for adding reasons to rejections
95
Allow moderators to reverse and/or nullify flag decisions
37
Moderators should see the post as I flagged it, not the edited version
7
Remove flag weight and flag validity already
11
Are moderators required to write real answers to posts questioning their actions?
39
When should the "Not an Answer" flag be used?
17
Are people abusing spam flagging as a cheap way to gain flag weight?
33
Remove questions with moderator tags from the Unanswered list
12
How to take a flag back after the answer has been edited?
See more linked questions

95
Allow moderators to reverse and/or nullify flag decisions
56
Hide "not an answer" and "very low quality" flags in the moderator flag queue
55
The same user should not be able to re-flag a comment multiple times for the same reason
422
Can a machine be taught to flag spam automatically?
173
A machine can flag spam automatically. Can it do better?
2513
Firing mods and forced relicensing: is Stack Exchange still interested in cooperating with the community?