Stack Overflow looks strange in Internet Explorer on Mac OS X. The top bar is displayed as a wide sidebar. 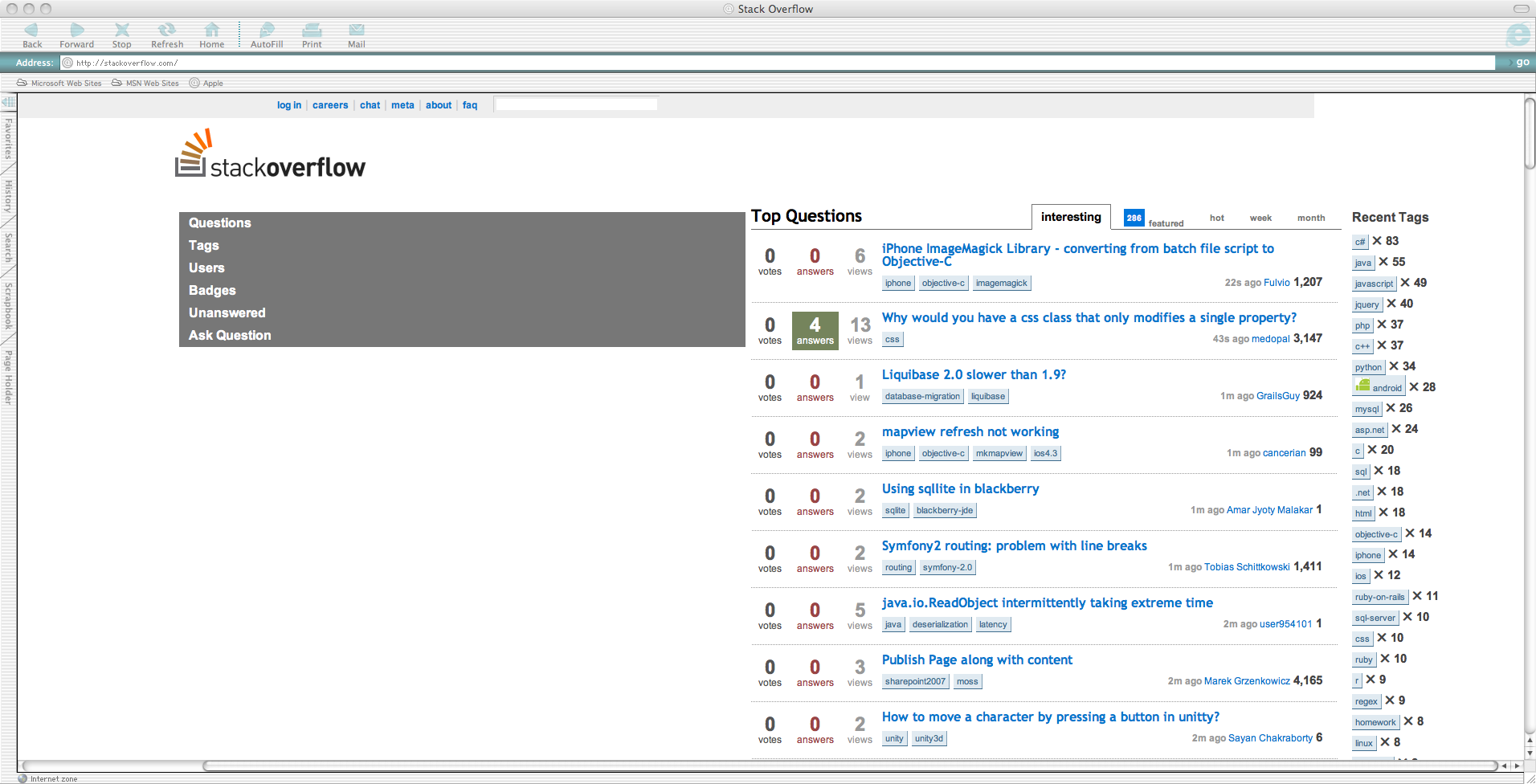 IE on Mac is way too old. From Wikipedia:

On June 13, 2003, Microsoft announced that it was ceasing further development of Internet Explorer for Mac and the final update was released on July 11, 2003

IE was never known for compliance with standards (HTML, CSS, ...). You can't expect a web page to work with an eight year old broken browser.

Considering that IE for MacOSX has been discontinued in favor of Safari when it was released, I highly doubt that this is truly a bug. There is most likely only about 1% of users world wide that still use it?

Not the answer you're looking for? Browse other questions tagged bug status-declined user-interface browsers .

206
Which browsers are officially supported, and what else do I need?
2
Missing indentation for source code on IE7