It seems we can't view the number of up-votes and down-votes a question has from the mobile site. Can this be added or is there a reason it isn't available?

This actually was available very early in the mobile theme's development (I forget if it made it to the first public release or not).

The gotcha is that a lot of android phones really don't have the click accuracy you need to distinguish between up vote, down vote, and show vote split clicks. It's really quite frustrating trying to vote and accidentally displaying votes or vice versus.

Since it's such low priority information, I pulled it. We might revisit this when the balance of android browsers shifts, I hear through the grape vine it's gotten a lot better in the latest and greatest versions. Still too many old ones out there right now though.

Why don't you use the same interface the twitter app has for faving tweets? 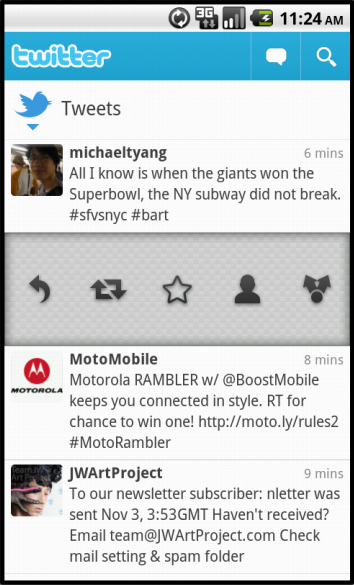 The way this works is you "press 'n hold" the tweet, and then this menu appears in the place of the tweet and you can reply/fav/retweet the tweet. 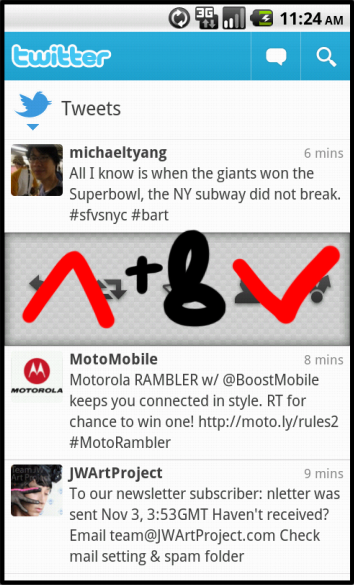 Not the answer you're looking for? Browse other questions tagged feature-request status-declined vote-count mobile-web .

528
How about a “Vote not to close” option to counter the “Vote to close”?
1174
Encouraging people to explain downvotes
836
Allow an edit to notify downvoters: “I think I've fixed the issue now - please check”
952
Show all of my question/answers to me even if they are deleted
145
Please enable low-rep users to easily breakout up and down votes on their own questions
254
Reset votes on migrated questions
435
Reward finding duplicate questions - +10, +2, -5
381
Send authors an inbox message if their question is closed
1217
Don't throw away all votes when a user is deleted