We suspended a user on Programmers yesterday because all of his answers were directly copied and pasted from other sites without even a hint of attribution.

This morning I found out that we missed removing one of those answers. This user posted two answers to the same question and I think what happened is that we saw the first answer and removed it, but he managed to post the second one before we issued the suspension. Although, looking at timestamps, maybe we just didn't notice the second answer.

The line for "when to use C over C++, and C++ over C" shows two answers with a combined score of -4, but it's not immediately noticeable that there are two answers there and one is still visible. It looks like both answers are deleted. (To be honest, I missed the (2) entirely at first but that's probably just me.)

There is also no way to jump directly to the second answer from that page.

I think the answers should appear separately if possible. This would provide a clear picture in terms of deleted posts. Maybe the collapsed/expanded answer view could be toggled.

Failing that, maybe we can turn (2) into a link to the second answer and if there are more answers for some reason, present them as linkified (3), (4), etc., on the same line.

This is not a big deal under normal circumstances, but when dealing with a malicious user it would be handy to have a clearer picture of their contributions.

P.S This question already requested this, but it's two years old and I wanted to bring up a new case for this feature.

Seems like it was finally implemented lots of time ago :) 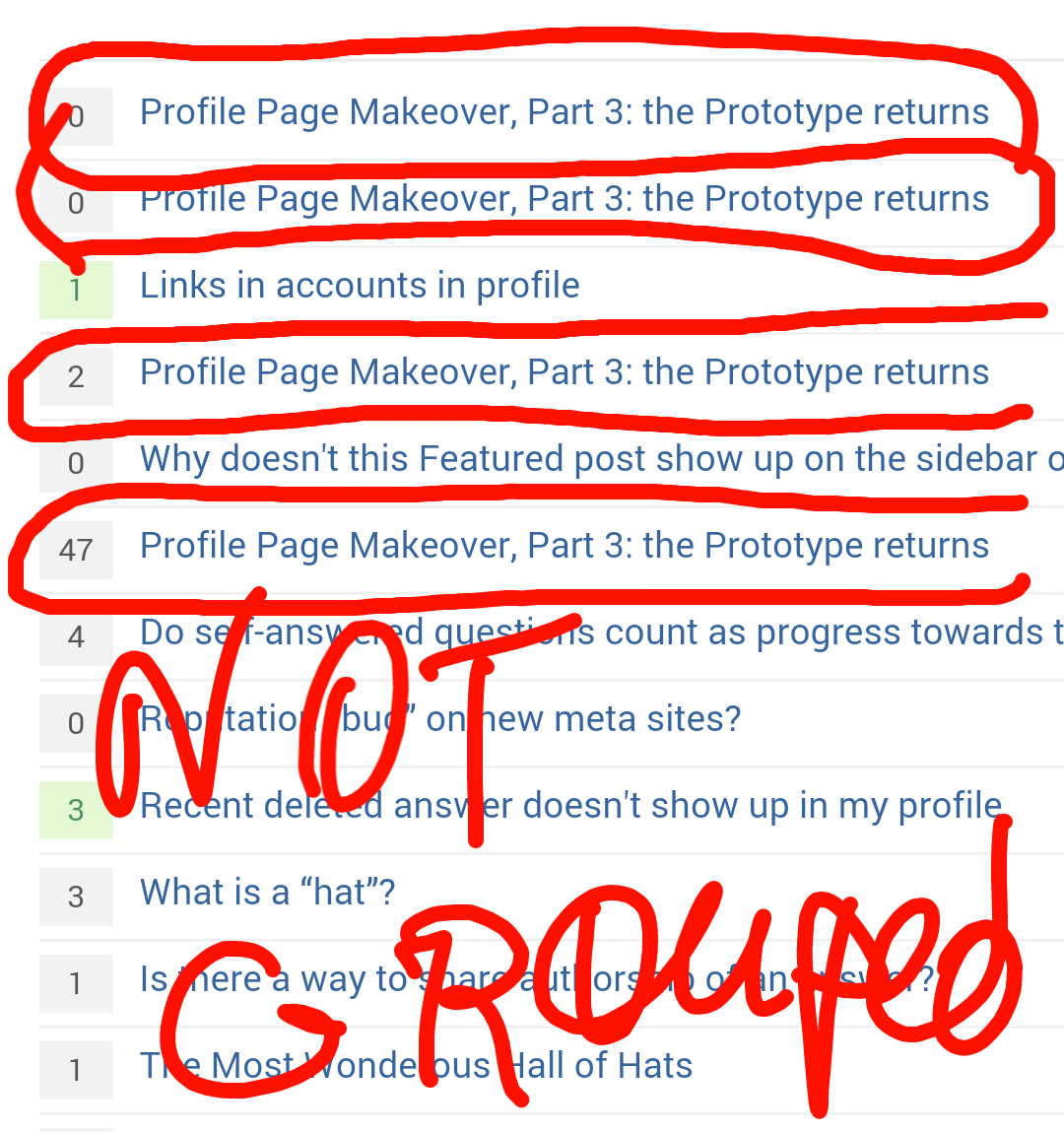 Not the answer you're looking for? Browse other questions tagged feature-request profile-page .

1121
Encouraging people to explain downvotes
807
Allow an edit to notify downvoters: “I think I've fixed the issue now - please check”
911
Show all of my question/answers to me even if they are deleted
381
Add a way for moderators to cast a normal, non binding close/open vote
1171
Don't throw away all votes when a user is deleted
178
A question should not be deleted by the user deletion algorithm if it has upvoted answers
296
We're working on a new stat to help convey the reach of your posts here
441
Employee profiles are now marked with a “Staff” indicator