I took some actions on Will session work if cookies are disabled on client side? which, in the exact order, were:

When I edited the title, the edit summary (which I edit to show, "corrected spelling in the title") showed, "insert duplicate link"; that should not have been used as edit summary because that was not the previous edit I did.

What happened is that my improvement to the suggested edit, and my edit to the title were in the grace period, and they are shown as a unique edit in the revision page. 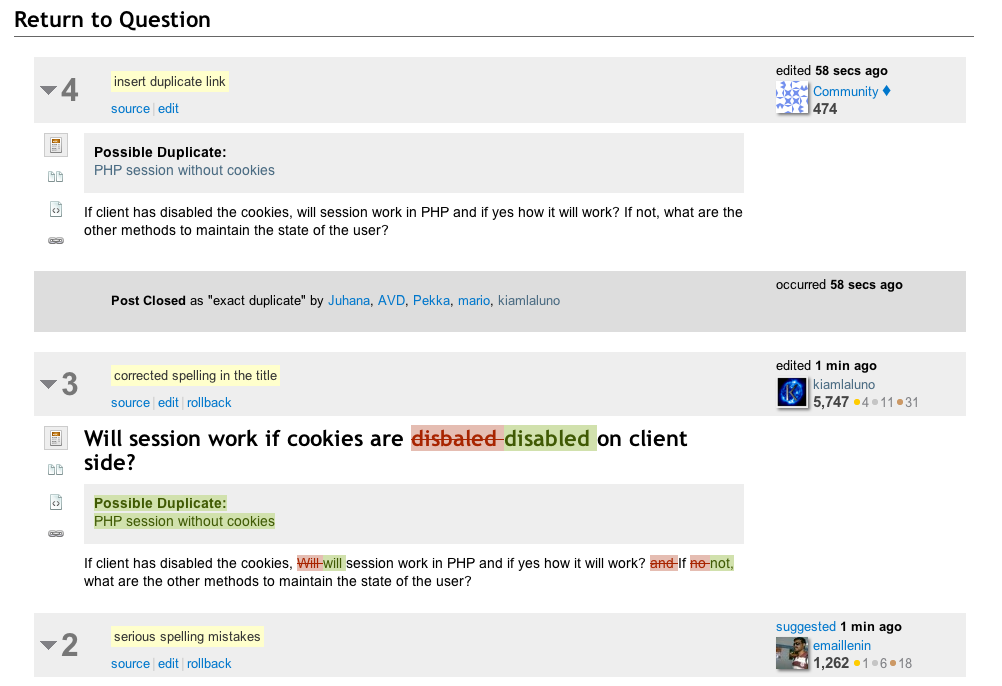 The revision page shows I added the duplicated link at the top of the question, but that is clearly something done from the Community user, once the question has been closed after my vote.

The following situation is similar:

What the revision page shows is the following. 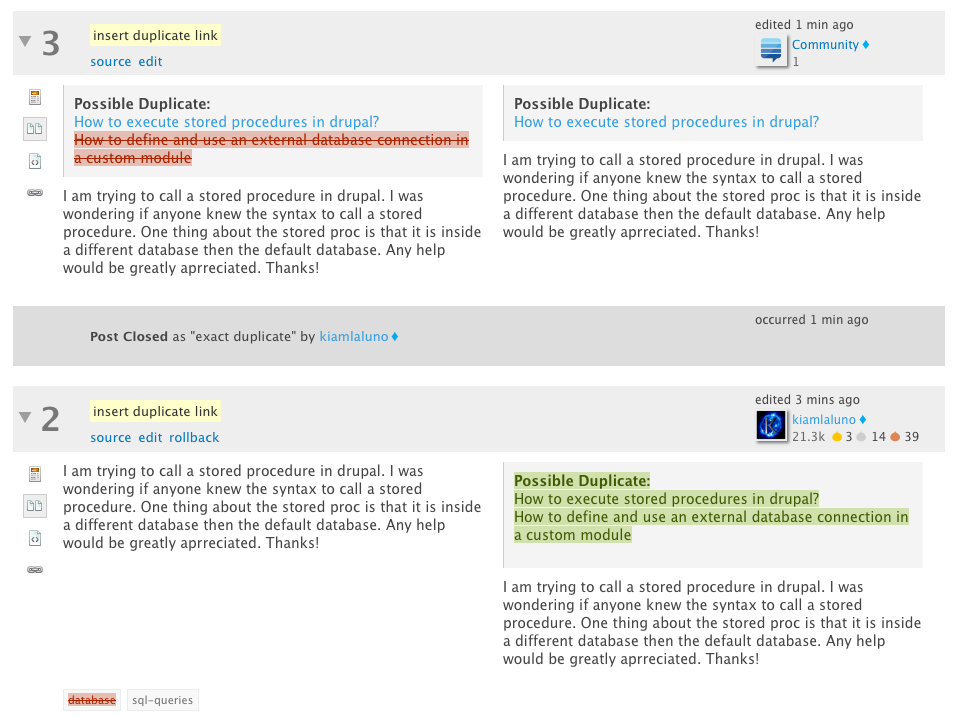 That is different from how the question appears. (The previous screenshot, and the following one have been taken in different times; that explains why the timestamps are different.)

If a user edits a question right after I do it, and then I edit again the question, my first, and my last edits are not shown as merged, even if they have done in the grace period. The same should happen when the other user who edits the question is the Community user.

The community user no longer creates an entry in the revision history, so this problem should no longer obtain.

Not the answer you're looking for? Browse other questions tagged bug status-completed revisions-list edit-summary .

91
Notify us when one of our posts is edited
11
Is there a grace period for correction of edits?
417
Decision on rejected edits should be displayed as a notification to the editor
145
Improvements to a suggested edit cannot be submitted when the suggestion is approved during editing
112
Add a reject reason when the Community user rejects an edit
84
Reset question grace period once an answer has been posted
362
New three-tiered badge idea: Explainer →Refiner → Illuminator
4
Why does the revision history show the summary for the previous revision?
24
Did the "grace period" for edits on posts break?