Fairly minor bug, but the username autocomplete doesn't rebuild its list of users immediately after hidden comments are loaded from the server, allowing for situations like the following where late-comers to the comment thread are excluded:

Causing the textarea to refocus fixes things, since it has the full list of comments to work with at that point. However, since the textarea is auto-focused after you click the link to load additional comments, it's not too hard to end up in a situation where you don't have all of the expected names displayed. 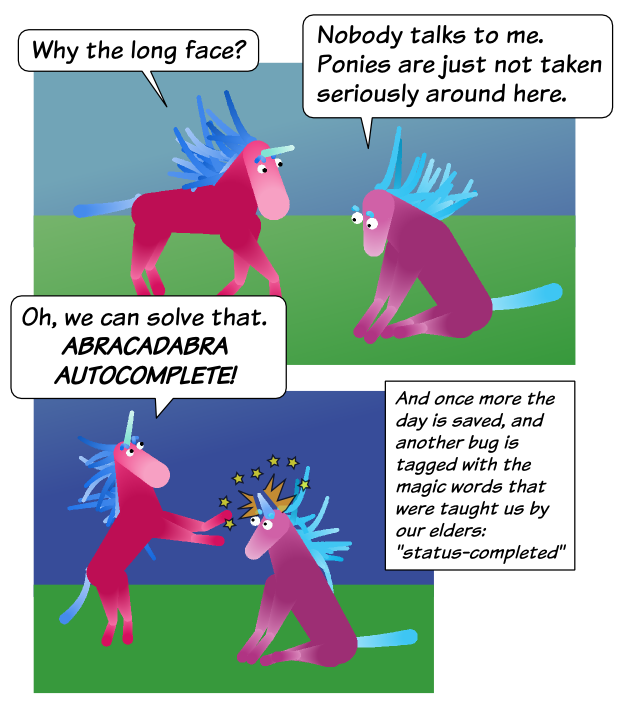 Not the answer you're looking for? Browse other questions tagged bug status-completed autocomplete .

18
Cryptic survey question: Why have a Careers account if not looking for employment?

164
Add markdown support for hidden-until-you-click text (aka spoilers)
198
Avoid the Streisand Effect - be clear about the reason when suspending an account
150
Tell the user who will be notified of a comment
6
Does ping work in chat with no autocompletion?
3
Hidden spoilers too high
576
We're switching to CommonMark