A message says “You have no other accounts on the Stack Exchange network”, but I do

I can browse stack and meta safely and I have account on superuser, webmaster

Some bug about this? 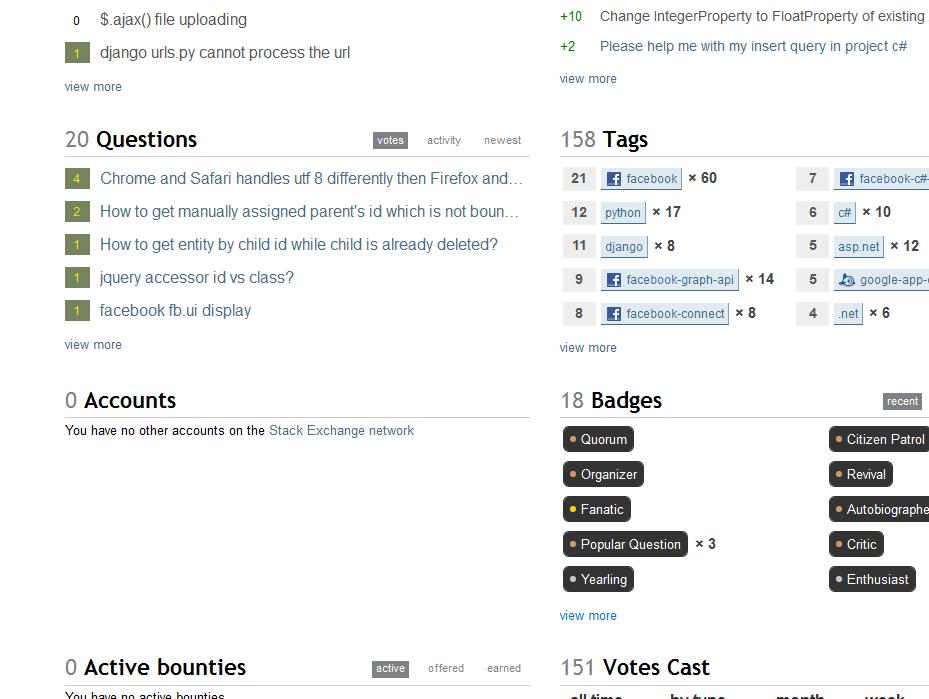 We did some infrastructure upgrades on Dec. 23rd, part of which was upgrading our Redis servers to stable latest (other changes included some hardware upgrades). This didn't go as smoothly as we would have liked, and we had some service outages as a consequence (note that we expect the next such upgrades to go much more smoothly, mostly due to lessons learned from this experience).

One of the network services nobody ever really sees that was negatively affected by this was our "Network Aggregator". This service handles pulling up all sorts of per-site activity into a single "index database" that makes most of StackExchange.com's views possible performance wise. The data is also used for things like the accounts tab, some of Careers, and some of chat (mostly via the API there though).

The service didn't die or anything, but there were some gaps in the data it'd pulled together. This was causing some issues, particularly with Careers and the accounts tab (some of which have been reported on Meta). So I kicked off our backfill task, which revealed two new problems.

First, backfilling took a lot longer than last time; looks like a factor of 3 or so. Still not completely sure why, but I suspect the combination of Stack Exchange and Stack Overflow growth has just made a new round of performance tweaks necessary*. This made the outage considerably more noticeable than it has been in the past, although the crucial bits that back chat, careers, and the API were still only unavailable for about 10 minutes all told.

Second, there was a regression on the accounts tab. When we've done backfills in the past the accounts tab would report that it was temporarily unavailable, the new user page reworked the accounts tab substantially** and the code responsible for this check was lost. It's since been restored, as Craver reported previously.

We should be back up and running now, the backfill has completed. In the future this hopefully won't be as noticeable, and our messaging about temporary outages should be back where it was in the past already.

*Backfills being a rare occurrence, we haven't thrown nearly the resources at performance tuning that we have at... well, anything on the sites themselves.

**Previously, the tab was more or less the purview of StackExchange.com. It was pulled closer to the rendering site in service of the panels shown in the summary view. StackExchange.com's account tab on user profiles properly displayed an "unavailable" message during this outage accordingly.

Yep, all I'm seeing at the moment is my Area 51 account across the network:

Help! Everybody I know including myself has been abducted by aliens!

I am seeing this today, actually... 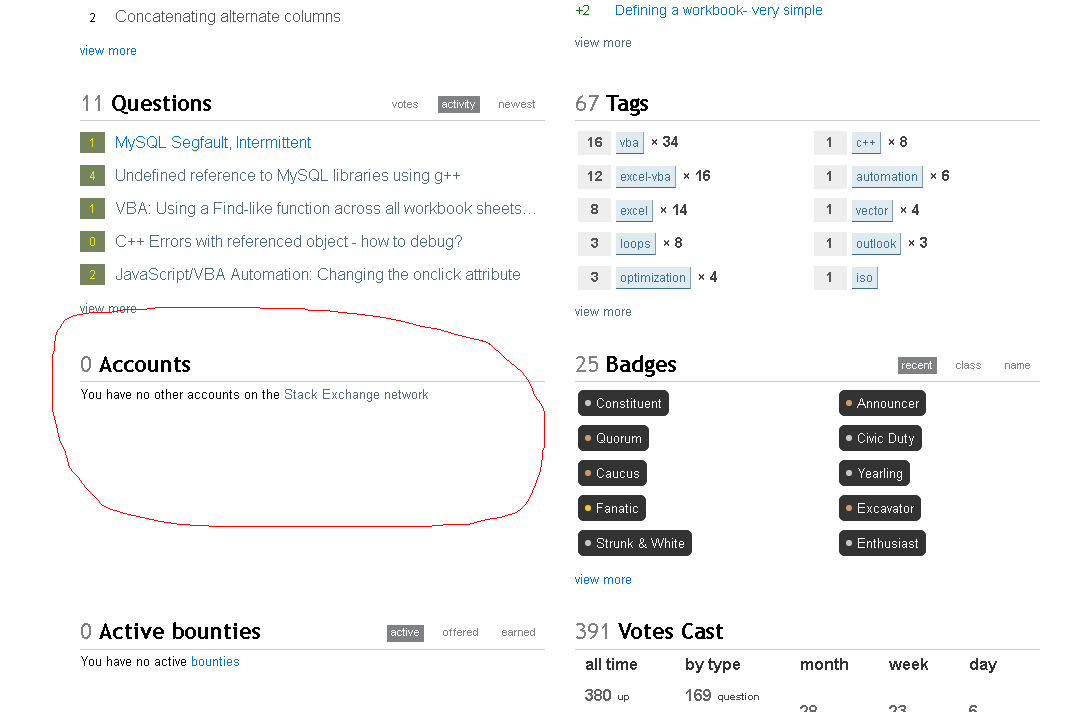 Not the answer you're looking for? Browse other questions tagged bug status-completed profile-page user-accounts linked-accounts .

10
Votes are lost due to Ajax call latency
9
Why is an incorrect Stack Overflow reputation shown on other sites such as Programmers?
6
My Account has lost some of its associations
-1
Network Profile information reporting 'temporarily unavailable'
0
My chat profile is not synchronized again, can anyone fix this?

532
How about a “Vote not to close” option to counter the “Vote to close”?
1178
Encouraging people to explain downvotes
267
How can I delete my account?
302
The future of meta.stackoverflow and meta.stackexchange
504
Implement ```-style (fenced) Markdown code blocks
275
Make moderator messages anonymous
444
Employee profiles are now marked with a “Staff” indicator
713
Dear Stack Exchange: a statement and a letter from your moderators
578
We're switching to CommonMark