To help moderators decide how consistent is planned action on particular item in queue with existing practices, indicate how similar items were handled in the past. 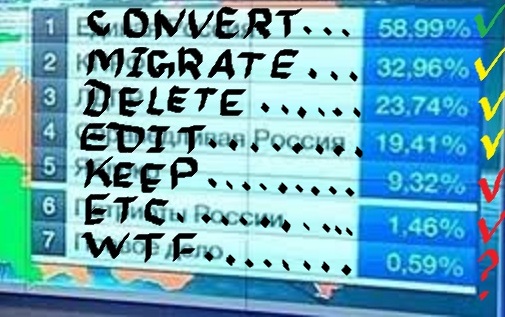 Above suggestion is intended to aid moderator in their investigation but not to substitute their judgement.

I'm not a mod so I don't feel fully competent to judge this, but even if this is really possible to approach algorithmically: isn't this trying to replace something that a mod needs to develop by themselves - quick, competent and independent judgement of a situation? Are they not there to correct errors made by OPs, flaggers, or the system?

I can totally see the desire to use algorithms (that already work wonders for the site elsewhere) to unburden the mods a bit. But such statistics carry the high risk of leading mods into decisions without them really looking at the situation. (That is not a criticism of our moderators - it's just a human trait applying to every one of us. If you have a repetitive task, and the system allows you to, you get sloppy eventually.)

A mod needs to be able to interpret what they see, and based on that, make a decision. (That implies the occasional mistake.) A new mod needs to learn this, and automated charts don't really help do that.

The part where I expect this to fail is in the magical program that selects the similar items that are used for the comparison. Correct me if I'm wrong, but I don't think that something like this is possible with an accuracy that would be actually useful.

If you actually managed to get that software useful enough to let it help the moderator's decisions, why not replace us all by that AI?

There are things that require mod attention that probably could be detected easily, like e.g. vandalism of posts. But many situations are more complicated, the new moderators should think about them, and ask the more experienced mods if they are unsure, they shouldn't rely on some software to make the hard decisions for them.

As others have said, it's going to be impossible to figure out what a mod ought to do in a new situation. The critical word in your process is "similar". This requires understanding the meaning of English text, and applying a judgement call. This requires a human.

However, your proposal to seems to also allow the moderator to 'grade' themselves. As Robert Harvey pointed out in the comments, that's already possible through the moderator dashboard, which provides stats on:

It also provides some grading in the form of 'hot' and 'supernova' highlighting for unusually poor stats.

It also provides links to the history of my activity and the other moderator's activity, where we can see the last actions a mod has performed in all of these areas. This allows a mod to check their performance, as well as letting checking each other.

29
Can moderator shame coloring be less sensitive?
26
Did I go wrong flagging this sarcastic answer? If so, where?
31
Random links promoting online furniture stores are not considered spam because...?
30
"flags should not be used to indicate technical inaccuracies, or an altogether wrong answer" justified?
27
Please stop showing review audits for suggested edits to Moderators
9
How to unflag a comment when it was flagged by mistake?