Deformed text in some answers/comments

I was reading through a question, and on one of the comments, there were some weird symbols running vertically through one of the words. Later I found a post on Stack Overflow that looked even worse...

Is this supposed to look like that? I would doubt it because it's locked like this so I couldn't see the actual formatting options. If it helps, I'm using Safari.

This is by design.

The Stack Exchange sites use fonts that have varying support for Unicode characters, so what you are seeing is the usage of some of the more esoteric character renderings in that particular font.

If you read through the entire answer, what you're seeing was done intentionally by the author as part of a (humorous) attempt to indicate how futile the author believes it is to try and parse HTML with regular expressions.

If you take the time to read it, you'll notice that it starts out as someone who is trying to reason with the idea of doing such a thing, but then descends into madness, which the esoteric characters are used to emphasize.

That post is so popular that it's become a meme (and almost just as often, a point of contention) on Stack Overflow: 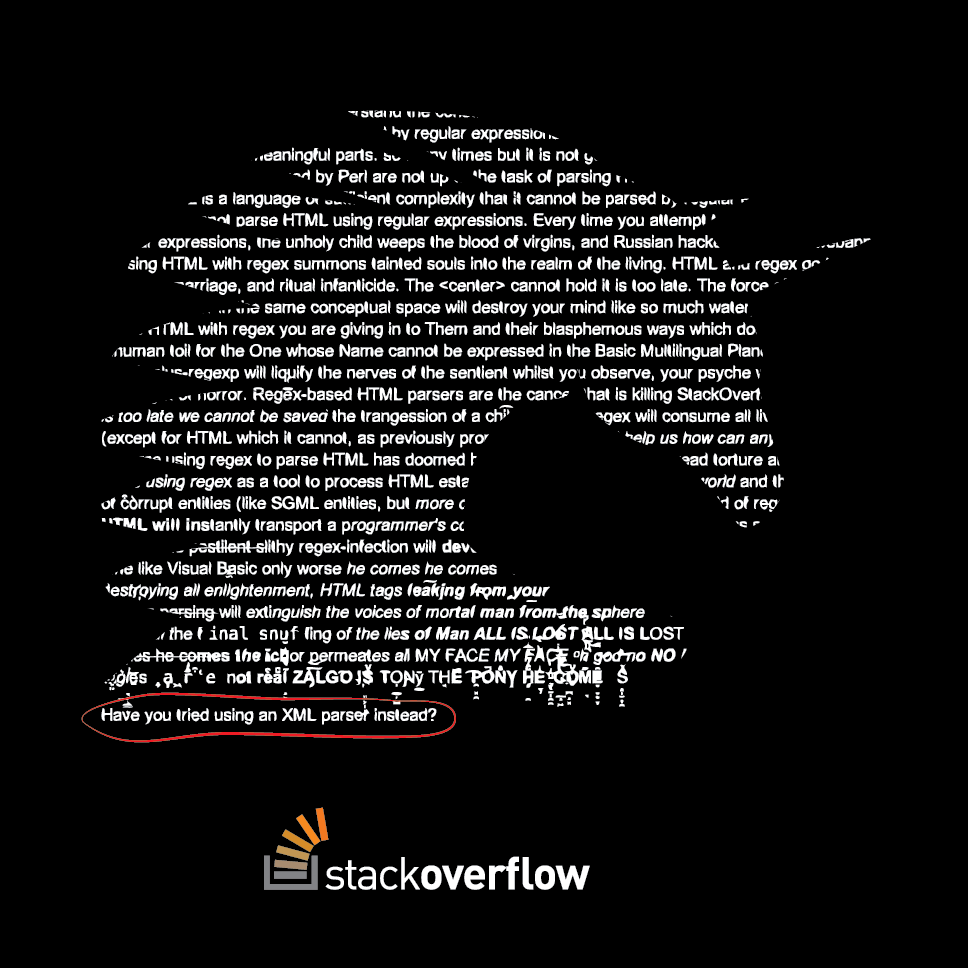 Additionally, you'll notice that the some of these characters in the fonts are used used to render things such as the moderator diamond (♦) as and other interesting characters in user profile names.

Not the answer you're looking for? Browse other questions tagged bug status-bydesign .

814
The Many Memes of Meta
418
My God—it's full of unicorns!
222
Stack Overflow T-shirt, 3rd anniversary edition

5
Inbox functionality has something left to be desired
126
The vote fraud script breaks legitimate polling questions - A serial downvoter's lament
4
Asterisks in formatted text: questions/answers vs. comments
10
Weird formatting in question history of the user's avatar and reputation