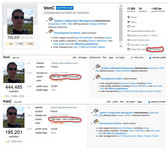 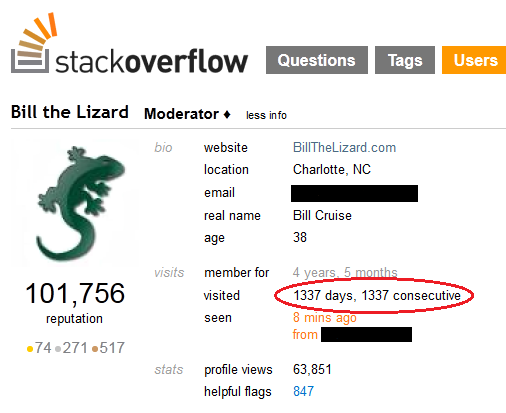 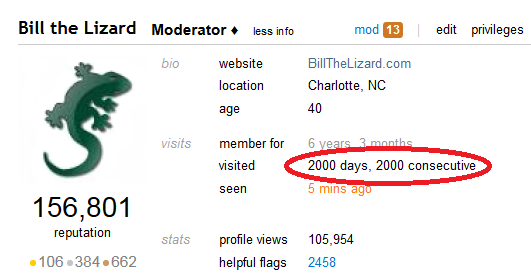 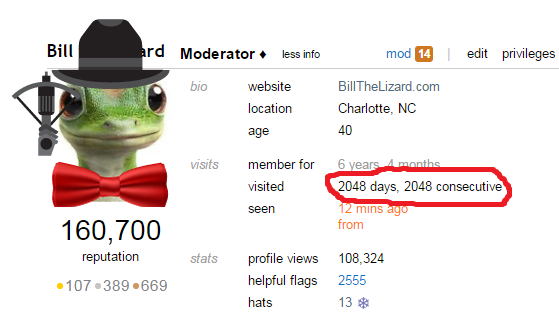 Not the answer you're looking for? Browse other questions tagged discussion stack-overflow consecutive-days .

162
Accepting answer without upvoting?
69
Please add an “Über-Fanatic” badge!
41
Is there a list of what each of the Winter Bash hats is named after?
29
Any thoughts on a semidecadian badge for people with five years service and an average of N points per year?
-26
Is there any method to catch users who never select answers?
24
Record for most consecutive days visited?
16
Add 'UTC' to description to 'fanatic' badge description
-23
Enthusiast and Fanatic badges should be removed or revamped
6
Increasing effort for “Visiting the site each day”… Participation Badges?
-10
Why visited number of days in profile page of other users is not shown in us?
See more linked questions