Do downvotes on Meta truly mean something different?

It is often said that voting on Meta means something different than voting on regular sites. Upvotes mean "I agree", and downvotes mean "I disagree".

However, I submit that this is not the case. Downvoting of a question has one effect in particular: censorship.

Once a question reaches -8 votes, it disappears from the front page. It can still be found; it isn't deleted. But all it takes is a net 8 downvotes for a question to be more or less lost without a direct link.

You might say that a net 8 downvotes obviously means that the community doesn't agree or want that. Well... does it? Particularly on polarizing issues, a question can temporarily get -8 votes as different people come online and see it. Maybe certain people with a certain belief all see it at once and downvote it a lot.

The front page is how most people find stuff they want to talk about, vote on, or answer. Removal from the front page means that most people will not find it without being pointed directly to it. Once a question hits -8, it is unlikely to be upvoted again. Edits will be irrelevant, new answers won't matter. The question is basically exiled.

The problem is that, on polarized topics, fast mass downvoting can quash any idea that is not popular with the most active members. After all, the most active members are the ones who are most likely to be online and see it. If a bunch of MSO regulars see it and downvote it, it goes away. Someone who checks MSO maybe once a day is less likely to be able to catch the question before it is exiled. This gives undue power to members who are most active on MSO, simply because they have more free time to spend on MSO.

I think this is a significant problem for polarized topics. It becomes very difficult to adequately discuss something that a significant number of active members dislike, even if the community at large doesn't mind.

Consider a question I posted about the relatively recent process in coming up with a solution for deleted questions. It currently stands at +9/-8. Initially, in the first few hours, the question was heavily downvoted and even closed. However, after a day, it was upvoted and reopened.

This shows that a question can initially have a negative response, but later get a positive one. And you can check; any edits I did to the question were relatively minor. The question posted as is was initially negative, but ultimately positive.

The problem is one of timing. Heavy dislike from active members who quickly see the question and downvote it can kill a question before someone who might upvote it ever even sees it.

I suppose the best suggestion would be to either lower the -8 threshold (or remove it altogether) or keep it from kicking in until 1-2 days has passed. If the question isn't active, it'll already be off the front page. And if it is active, then enough people will have seen it to know if the threshold represents a real consensus or just the fast-acting few.

But all it takes is a net 8 downvotes for a question to be more or less lost without a direct link.

A lot less. Click on the Questions button and you get the complete unfiltered list of questions.

Regardless of whether downvoting has a censoring effect or not, that doesn't change the meaning of a downvote on Meta. If I disagree with a feature request I downvote it.

This could also be used to argue that questions shouldn't fall off the front page after a certain period of time, which is preposterous. (Everything on the front page right now has had activity within the past 8 hours.) If people want to go back through and vote on everything, they just have to go through the Questions button and vote.

However, I submit that this is not the case.

You nailed it. They're pretty much the same as everywhere else.

It's the posts that are different...

Try it: post a feature-request here that involves Stack Exchange spamming users with emails touting third-party products. It'll get down-voted pretty quickly. Now go post a question on Stack Overflow asking how you can spam a bunch of people. Same down-votes. What have you learned? People don't like spam. 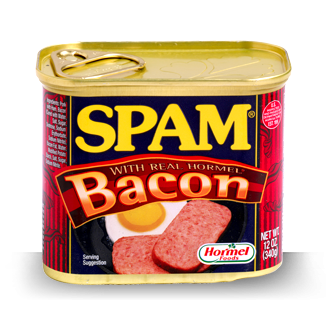 The big difference between SO and MSO is that most of the questions on Stack Overflow don't involve folks proposing that you help them make your life worse. But a great many of the [feature-requests] here on MSO are just that: suggestions that the website you love to use be broken in some way, usually for the benefit of someone who isn't you. So you down-vote them. Just like you would on any other site.

I'm going to ignore most of the rest of your post, since it appears you're basing it on the assumption that this "identical vote" idea is somehow revolutionary. But I will point out that the threshold for hiding posts from the front page on Meta is -8, while on the rest of the sites it's -4 - if you'd like to propose that it be lowered further, you should be able to do that in a short paragraph, thereby saving the rest of the post for data justifying this. I recommend using SEDE to obtain this.

If you don't want to justify it, you're effectively duplicating this: Meta sites' front pages should not hide questions with very low scores

Not all ideas are good, nor do they deserve the attention of the entire meta audience. Every bad question and poorly conceived idea takes time and attention away from ideas that have merit and should be considered by the greater audience. Having several people vet and down-vote a poorly thought-out question or suggestion saves everyone else from wasting their time. And the faster that happens, the better.

To quote myself quoted in "Optimizing For Pearls, Not Sand":

When I go to a Stack Exchange home page, I see a list of questions. If most of those are terrible questions with little to no indication that I’d be wasting my time by reading them, the value proposition of visiting and participating is diminished: I have better things to do.

Compare that to answers on a specific question: I’ve made a conscious choice to look into what I think is an interesting question. I already made the decision that the question is worth my time. If I find the answers to be useless, I have a few different options, as an interested party, to register my displeasure, including writing my own answer. Being able to write your own answer is key: if your answer is good enough, it’ll rise above the junk answers and everyone will be better off for it.

There is no such action for question lists. I can’t say “these questions suck, show me this question I just thought up instead”: that’d be silly. So, it’s imperative the question list have a high signal-to-noise ratio, and removing the penalty for those users who do take the time to read a question and later find it to be useless so they can down-vote is conducive to that.

In other words, this is by design: MSO is a proving ground, it's not show-and-tell for contentious or polarizing ideas. If you want your idea or question to be considered and treated with respect, make a cogent argument that doesn't polarize or alienate the community. If the community still disagrees, either figure out how to repackage it or just move on.

Nobody is censoring as such. You simply need to look in the right place.

By its very nature Active questions tab is filtered in a way that is deemed to be most helpful to its viewers. If you want an unfiltered ("uncensored") view where unpopular questions haven't disappeared into oblivion, use the Newest questions tab. In fact if you visit the newest question tab right now you will see the question Something is Rotten in the State of StackExchange [closed], with a current total of -20. It is sitting there loud and proud, not hidden away or censored in any way.

(Note that I submitted this answer without first reading the entire incredibly long comment thread on Mark's answer, so hopefully I'm not reiterating something that has already been said).

-4
Why do votes represent agree/disagreement?
186
Get rid of the question ban on Meta; suspend actively harmful users manually
14
When submitting an answer, when is it ok to use C++11?
42
Meta sites' front pages should not hide questions with very low scores
36
Voting on Meta is not just for (dis)agreement. Update the help center to reflect this
-10
Should Moderator Election rules be changed?
32
Make it even clearer that downvotes on Meta are different
0
On the recent deletion discussion process
0
How can I improve my posts to make Stack Overflow more useful to me?
11
Give feature requests some protection for 48 hours
See more linked questions

1237
Encouraging people to explain downvotes
934
Why aren't people voting for questions?
1508
Fastest Gun in the West Problem
331
Stack Overflow is getting a Meta of its own
2805
A Terms of Service update restricting companies that scrape your profile information without your permission
2528
Firing mods and forced relicensing: is Stack Exchange still interested in cooperating with the community?
2294
Stack Overflow is doing me ongoing harm; it's time to fix it!
576
Change in roles for Jon Ericson (leaving SE)
725
Stack Exchange Public Q&A access will not be restricted in Russia