How can I find posts related to lost reputation due to a "user was removed" message?

Today I noticed that my reputation got truncated by 64 points, and when I looked at my reputation history, I saw a bunch of lines notifying me of points removal along to a "user was removed" message. Each has a slightly different timestamp, ranging from 12:39:04 to 12:39:43.

I can't find the questions/answers concerned by this (and I don't remember having won as much as 65 points once, making this even stranger). I would like to find out how I could have lost 65 points while I never won as much in a single question/answer.

Is there a way I can check which of my posts were impacted?

Today I discovered by accident that this information is (sometimes) visible in your personal timeline/feed in the Stack Exchange app: 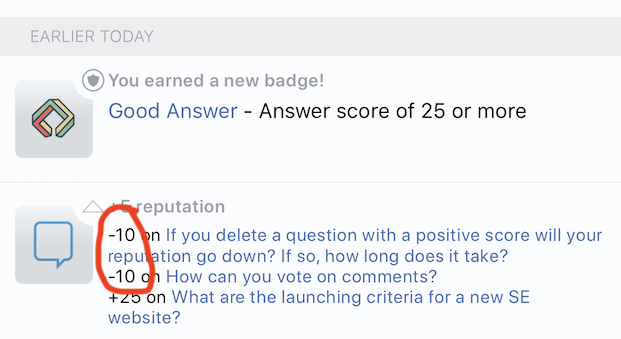 These two -10s corresponds to this -20 "user was removed" entry in my profile: 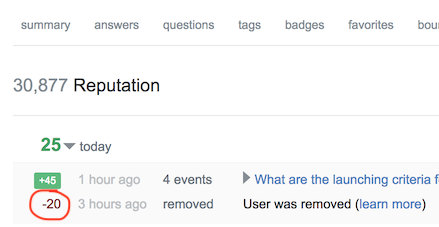 That means it's available via the Stack Exchange API, using the Reputation History call:

Scroll down to the user_deleted events, you'll find clickable post IDs which will take you to the involved posts: 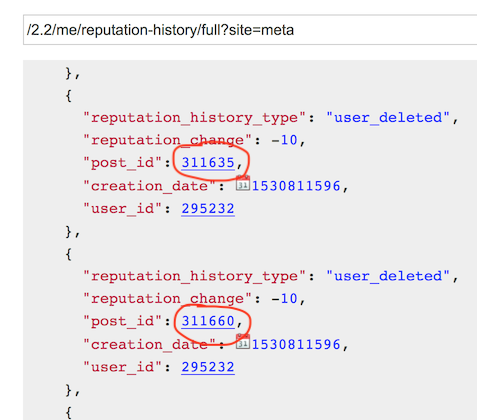 The system doesn't give you a way to figure out which posts lost votes. A sufficiently-curious person could use SEDE, which is updated only weekly, to try to figure it out, I suppose (assuming the votes weren't also recent).

On the full site (which is what your screen shot appears to be from), you get one "user was removed" entry for each removed user. So in your case several users were deleted around the same time -- whether that's a sock ring or diverse requests that all got handled together is impossible for mere mortals (i.e. people without direct database access) to say. On the mobile web site, in contrast, you get one entry per removed vote and no indication of how many came from the same source.

(Your tagging says feature-request, but your actual question says support or discussion to me, so that's how I answered.)