Ask Question
Asked 9 years, 10 months ago
Active 8 years, 11 months ago
Viewed 8k times
-90
votes
Locked. This question and its answers are locked because the question is off-topic but has historical significance. It is not currently accepting new answers or interactions. 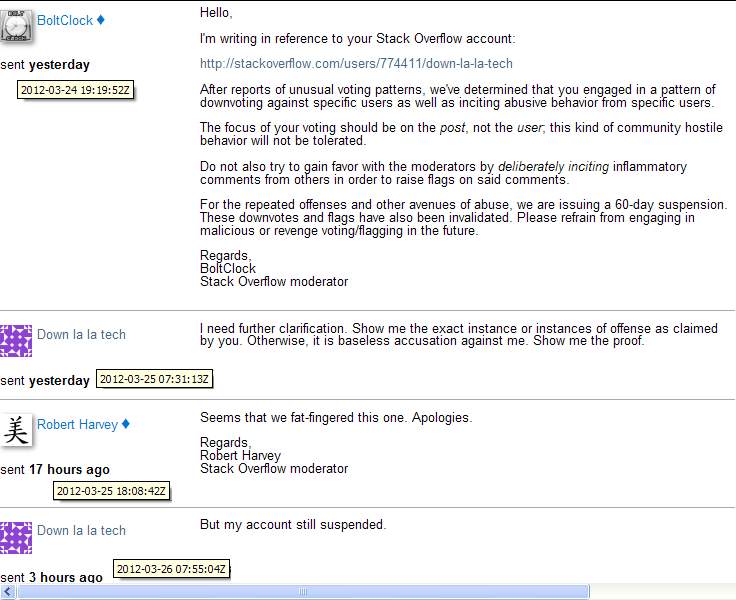 65
Magic wand time - what does your community need?
275
Make moderator messages anonymous
-10
Questions about the new minimum age for diamond moderators
49
Do the benefits of having SO in multiple languages outweigh the risks involved?
11
What to do to boost your chances of becoming an SO moderator?
26
Did I go wrong flagging this sarcastic answer? If so, where?
14
Is there a way to see the moderator agreement if you are not a moderator?
10
What is the maximum number of downvotes a question can have
13
How do I see all newest questions (even negatively voted ones) with the new navigation?
14
Massively downvoted questions are still missing from the list of questions
See more linked questions

60
Would allowing moderators to update their Stack Exchange sites' Twitter accounts improve visibility and offer more value?
537
How to avoid "Hot Network Questions" on the sidebar
18
Understanding risks of logging into Stack Exchange sites from a shared computer or network
378
Updating the Hot Network Questions List - now with a bit more network and a little less "hotness"!
360
Let's take a look at the interaction between staff and the "power users" of the network
487
To reach out: on Monica, the Lavender community, and the future of the Stack Exchange network
23
Are non-diamond staff subject to the community-elected moderators?
211
The Follow Questions and Answers feature is now live across the Network
43
The new moderator agreement is now live for moderators to accept across the network