When migrations are rejected, do not undelete answers that were not deleted as a result of a migration

However, answers that are not deleted before the question is migrated are undeleted as well.

Take this example on Stack Overflow (links 10K only): 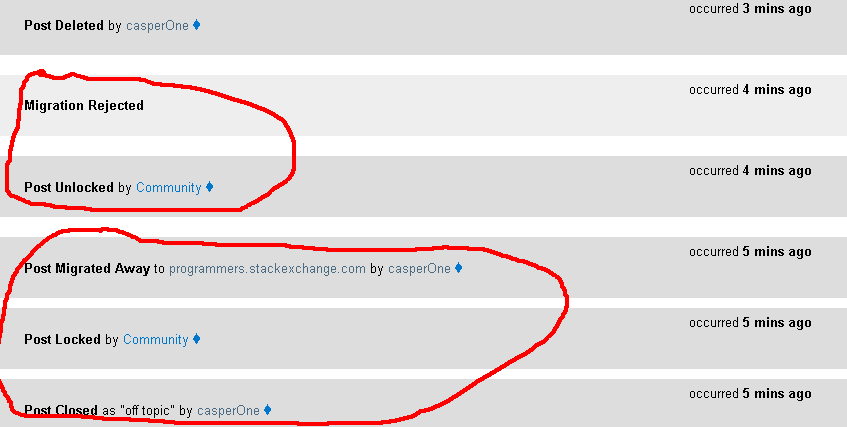 However, take this answer, which was deleted before migration took place:

Which did not appear on the target site: 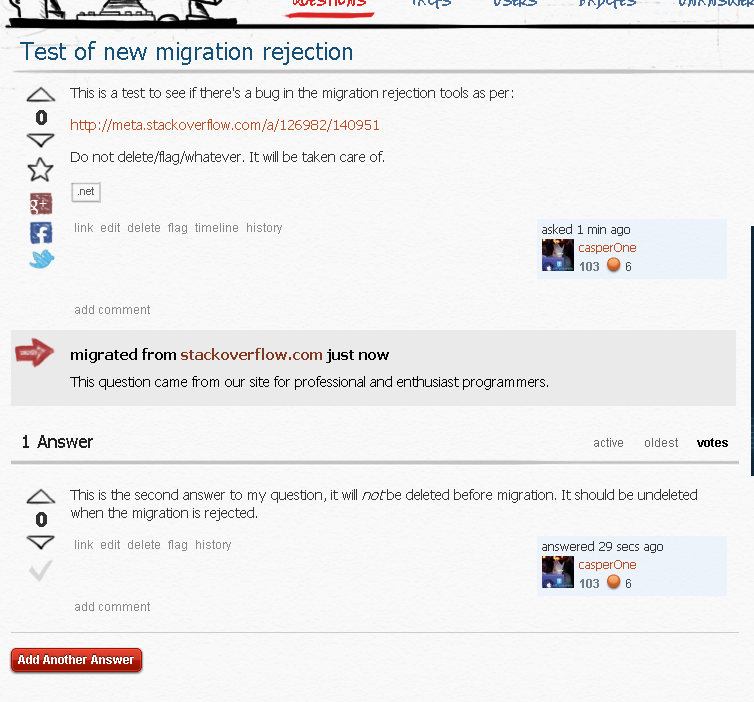 However, when the migration is rejected, the answer is undeleted.

So it seems that a check needs to be performed to make sure that answers that are deleted when migrated remain deleted when that migration is rejected.

Hmmm, the error here is not that they were undeleted, that was only a symptom. If you look close, those deleted-before-migration answers were getting migration history though they weren't migrated. Since the "what do we undelete?" check has to key off this, it caused problems there.

The generation of migration history on answers that weren't really migrated will be fixed in the next build.

Not the answer you're looking for? Browse other questions tagged bug status-completed migration migration-rejection .

201
What is migration and how does it work?
256
Reset votes on migrated questions
417
Decision on rejected edits should be displayed as a notification to the editor
16
Don't reverse migrations on deleted posts if they were merged first
7
When should rejected migrations not be deleted on the destination site?
42
Are rejected migrations ever automatically deleted from the destination site? Should they be?
182
A proposed philosophy of question migration
45
Don't mark migrations as "rejected" if they were closed long after migration
580
We're switching to CommonMark