Do not expire single-use tags that have a tag wiki

Single-use tags automatically expire after a few months. This is arguably the right thing when the tag is a misspelling (though I'd prefer some way of reviewing the process — but this post is not about that). However, if the tag was clearly deliberate, the default should be not to delete it. I propose the following approximation:

If someone bothered to write a wiki for the tag, do not delete it.

I posted this after browsing the orphan tag wikis on Science Fiction & Fantasy, most of which are about authors about whom questions have been slow to come. Some of these have been recreated in the meantime, with more than one occurrence even. I'm sure other sites have plenty of similar legitimate low-use tags. Saving the ones that have tag wikis would be a good step in the right direction. 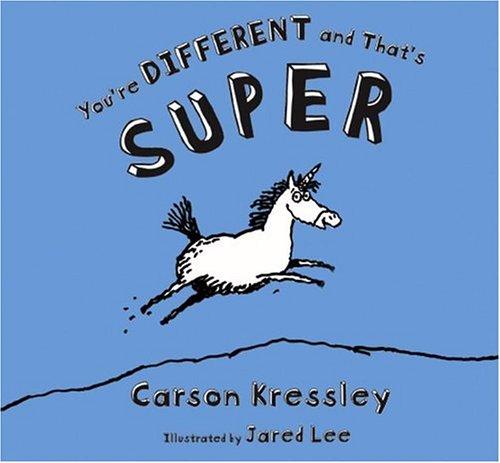 To clarify, this is about tags that have exactly one question: they get pruned automatically after 6 months, leaving questions with one less tag or untagged.

Some sites have organized themselves around a primary tag categorization system. For a subject with a single, logical way to divide most questions, there will inevitably be hapax legomena. In fact, they will likely follow a Zipfian distribution unless the tag set is naturally finite and the question set is allowed to grow without limit.1 Unless your subject happens to fit that specific pattern and until you have enough questions to cover all the tags, you will find yourself duplicating effort retagging and rewriting tag wikis. So a feature designed to clean up the tagging system ends up breaking it!

In the fields of computational linguistics and natural language processing (NLP), esp. corpus linguistics and machine-learned NLP, it is common to disregard hapax legomena (and sometimes other infrequent words), as they are likely to have little value for computational techniques. This disregard has the added benefit of significantly reducing the memory use of an application, since, by Zipf's law, many words are hapaxes.

It's efficient for the computer, but not for humans. Imagine if you were suddenly forced to communicate with the "1,000 most common and basic words in English". Imagine if you forced an expert to limit their vocabulary. Imagine if your local library pulled from the stacks all books that were the only representatives of their particular number in the Dewey Decimal System and tossed them in a pile in the lobby.

Since the tag silently disappears without a trace, it can be hard to restore the damage. If you happen to have ♦ privileges, you can recover the text of orphaned wikis, if you know where to look. But it's a hassle and a waste of time to fix tags that have been vandalised by the system. Meanwhile, simple misspellings are easily handled by merely creating a synonym. How is it that a clearly broken tag is handled more easily than an arguably good tag?

Of course there is a good reason not to allow singleton tags as a general rule: people are quirky. We've had tag suggestions for hades, nomadism, and bookend, which just aren't going to be things anyone will search for. But note that these are secondary tags in our system. Secondary tags are only useful if they cover a large number of questions. A person might come looking for textual-criticism questions, but who would ever look for nomadism?3

The point is, each site is (or ought to be) free to craft its own policies for question tagging. It's already possible to remove bad tags and even prevent them from being used again. But it's not possible to whitelist-community approved tags. The beauty of this suggestion is that it gives us an elegant way to define the limits of our site without being thwarted by the system's automated processes.

It's only an incentive if people know it's an incentive. And I don't think it incentivizes good behavior. Someone could just ask a second question that's marginal or something. Tags are for categorizing information; categories should not need to prove themselves to anyone

Categories indeed do have to prove themselves to everyone. Instead of, say, ten clearly defined tags, you could have ten thousand poorly defined, overlapping, inconsistently used tags. How is that helping the site, or the community on the site?

For example, that's why we eventually added the tag synonym systems, because we ended up with too many duplicate tags that meant the same thing. More duplicate tags meant more confusion -- which tag is the correct one? Which is used the most? Why do we have all these different tags?

That's also why we added the tag wikis so that people could understand the tags, what they mean, when to use them... ultimately, tags need to explain and justify their existence. And if they can't, they have no right to exist.

Before we had tag wikis, the only way for a tag to "explain" itself was in terms of which questions it was applied to. With only one question over a six month period, who can say what that tag means -- or if anyone even cares? It's just a bunch of litter cluttering up the tag system, and every user who types in a tag has to deal with potentially thousands of these orphan tags (we removed 7,400+ on Stack Overflow) matching what they type, and thinking.. "hmm, should I use this tag?"

Giving this a little more thought, it's probably an OK compromise to require the tag wiki to be completed if you want the tag to remain in place, even if there is only one question ever asked with that tag.

This will get rid of the accidental tags, the error tags, and the careless tags -- where people mindlessly spray a bunch of tags over a question because they can. The kinds of users who create poor single-use tags will not be motivated to create the tag wiki for that tag. And for those who feel strongly that a single question tag absolutely must exist, forever, they should be motivated enough to build a reasonable 300 character tag wiki for it if they feel so strongly.

Or, y'know, ask the second question on that topic in a six month period, if it's really so important.

Not the answer you're looking for? Browse other questions tagged feature-request status-completed tags tag-wiki tag-pruning .

312
Tab for questions that are labeled with favorite tags
8
Questions about to become untagged
22
Please allow low-occurence tags to be declared persistent
303
The future of meta.stackoverflow and meta.stackexchange
51
Do not expire single use tags on Beta sites
9
Why wasn't this tag removed - despite having single occurrence?
11
Single-use tags with no tag wiki, but with rejected proposals for the tag wiki, aren't auto-burninated after six months
13
Single use tags are not deleted after six months if they were recreated via a rollback
580
We're switching to CommonMark