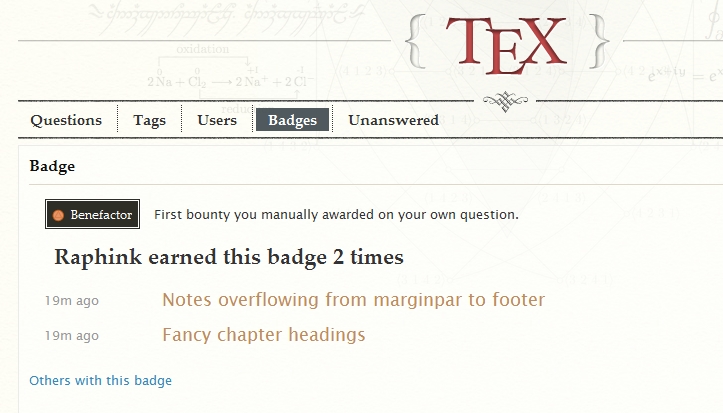 A possible reason is that Raphink awarded his first two bounties on one of his own questions within one second (see the time stamp popup in the link).

I've pushed a change for the next build that'll prevent this, it was incorrectly grouping distinct awards including PostId (for the reason, once that was added)...which obviously doesn't work so well.

The user has been corrected as well. Not rushing a build for this since I'm out the door in a few...but it's so incredibly rare I don't think it'll hurt to wait.

Not the answer you're looking for? Browse other questions tagged bug status-completed badges bounty-badges .