Clarifying the consecutive day badges; make it easier to tell if the day counts

Ok, so we seem to get new "consecutive day" issue questions once a week and it's always the same answer, so maybe we could find a way to relieve this issue so users could look and see what the system says actually happened.

Let's prevent the questions constantly popping up. Why not just tell the user directly that the system doesn't consider that they've used the site that day? We already get this nice calendar. So if I miss a day, it's just white. Looks like I didn't even visit that day, who knows what happened. 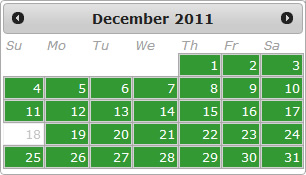 Note: I'm not claiming I visited that day. I didn't. I derped and totally missed that day.

So, let's say I had visited that day, but the system doesn't think I actually "used" the site. In a normal user's eyes, it looks like I just got reset for no apparent reason. "hey, I visited!" Can we not make that box a different color to say, "yeah, you visited, but you didn't use the site"? 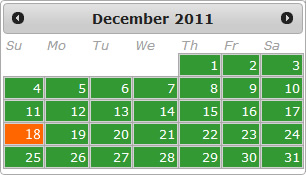 Now I have a nice orange box that says I visited the site but didn't use it. There could be other alternatives. The only other thing I thought of was allowing a user to access the logs for how they accessed the site each day, but I thought that was a bit out there and very unlikely to happen.

134
Find out which question/answer awarded you the badge
154
Consecutive Day Count in profile
3
Consecutive Day Reset
4
Consecutive Day count reset this morning
810
What are the badges I can earn on each site, and what are the exact criteria for earning each badge?
145
Anyone with a “visited: 4096 days, 4096 consecutive” in their profile?
4
Strange consecutive day counting
6
Increasing effort for “Visiting the site each day”… Participation Badges?
361
New three-tiered badge idea: Explainer →Refiner → Illuminator