Ask Question
Asked 10 years ago
Modified 9 years, 10 months ago
Viewed 245 times
25
Closed. This question is off-topic. It is not currently accepting answers.

Question source: How sportsmanlike are our users?

The results here are only for Stack Overflow.

How many sportsmanlike votes have been cast? 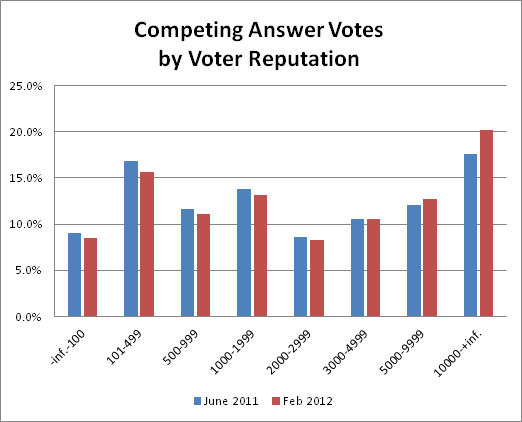 When do sportsmanlike votes occur relative to a competing answer?

77
Stack Exchange Community Statistics
59
Voting for competing answers (Sportsmanship badge)
-2
Is it common for people to down-vote because they have a competing answer?