Source: In which ways do unregistered users participate?

The results here are only for StackOverflow, as it pretty well dominates the network. The final month of February, 2012 was excluded because of partial data. The data presented covers all questions and answers.

In case it isn't obvious in the following graphs, the percentage lines (green) are plotted on the right-side secondary axis (note: the scales are very different). 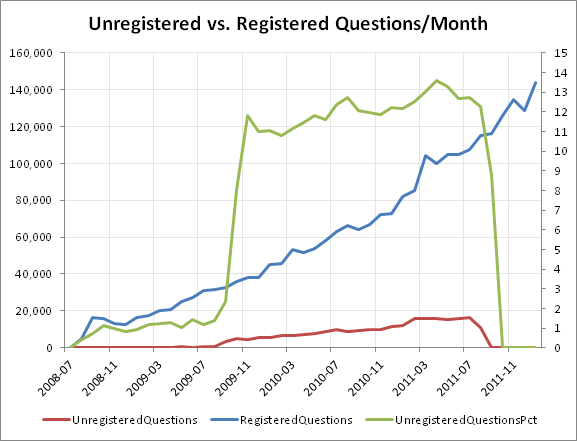 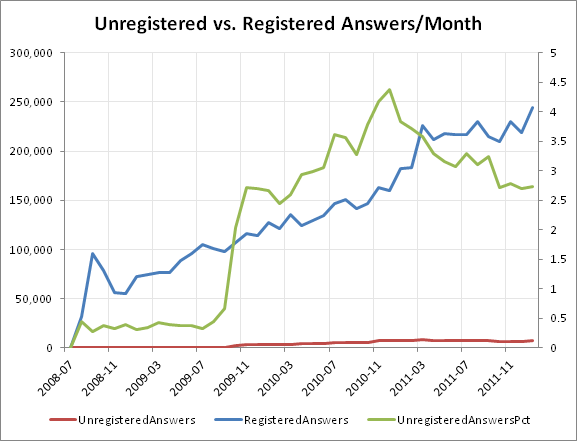 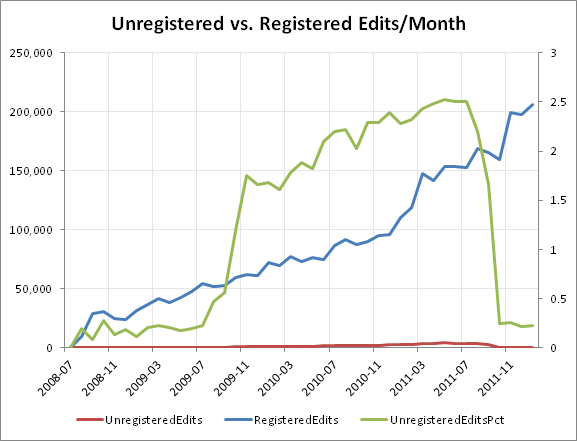