I think I may have found a bug/oversight when deleting questions and adjusting reputation. I recently answered a question when I was near the reputation cap for the day. As a result I only received 30 rep plus 15 for being the accepted answer. 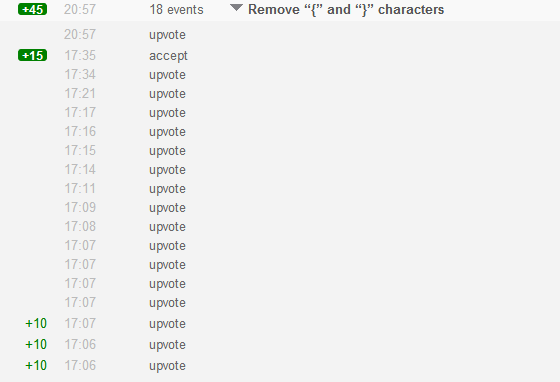 The problem here is obvious, reputation was removed that was never received. I'm assuming that the reputation cap was not considered when developing this functionality.

In other words, your reputation was adjusted by 45 points only (which matches the reputation you got from the upvotes/acceptance on your answer) and this is just a display bug when a post is removed.

This occurred me several times as well. Just open https://stackoverflow.com/reputation, scroll to the very bottom and press the recalc button.

Not the answer you're looking for? Browse other questions tagged bug status-bydesign reputation .