Are there any proactive ways to deal with repeated anonymous spam edits?

I know that anonymous edits are tracked and eventually blocked, based on the discussion in Is there some form of blocking in place for rejected suggested edits by anonymous users? However, I wonder if there are any proactive options available (either for moderators or other users) when a particular IP is clearly a spambot.

For example, the "anonymous" tab of the suggested edit stats on Android Enthusiasts currently looks like this: 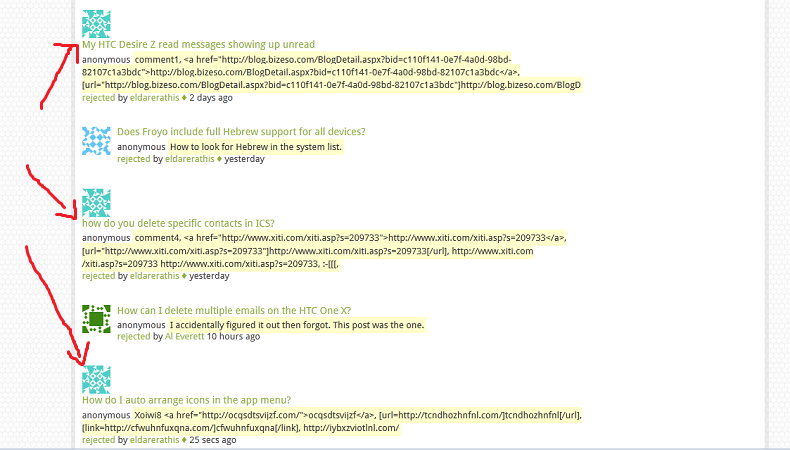 There are at least another two edits of a similar nature with the same gravatar. After maybe two suggested edits (really, one is honestly probably enough) I think we can pretty confidently say it's a spambot - and even if it isn't, it's safe to say that the contributions are...well, useless. As far as I know, my only recourse is to simply wait for the auto-ban to kick in, but that seems almost silly in a lot of ways.

Are there any more proactive options for dealing with this scenario? If not, would it be possible to add some, so that users aren't needlessly tasked with rejecting clearly pointless edits until the auto-ban kicks in?

27
Is there some form of blocking in place for rejected suggested edits by anonymous users?

27
Is there some form of blocking in place for rejected suggested edits by anonymous users?
417
Decision on rejected edits should be displayed as a notification to the editor
355
Reject an already-approved suggested edit when rolling it back
14
Is there any mechanism to suggest “Help Center” edits?
438
A site (or scraper) is copying content from Stack Exchange. What should I do?
306
Moderators should be able to manually ban users from suggesting edits
295
How do we encourage edits to obsolete/out of date answers?