Make the election notification more prominent on the frontpage

There's currently an election underway on Stackoverflow, though compared to previous elections the notice about this event is far less visible in my opinion. Instead of the system message banner, elections are now only displayed in the Community Bulletin. 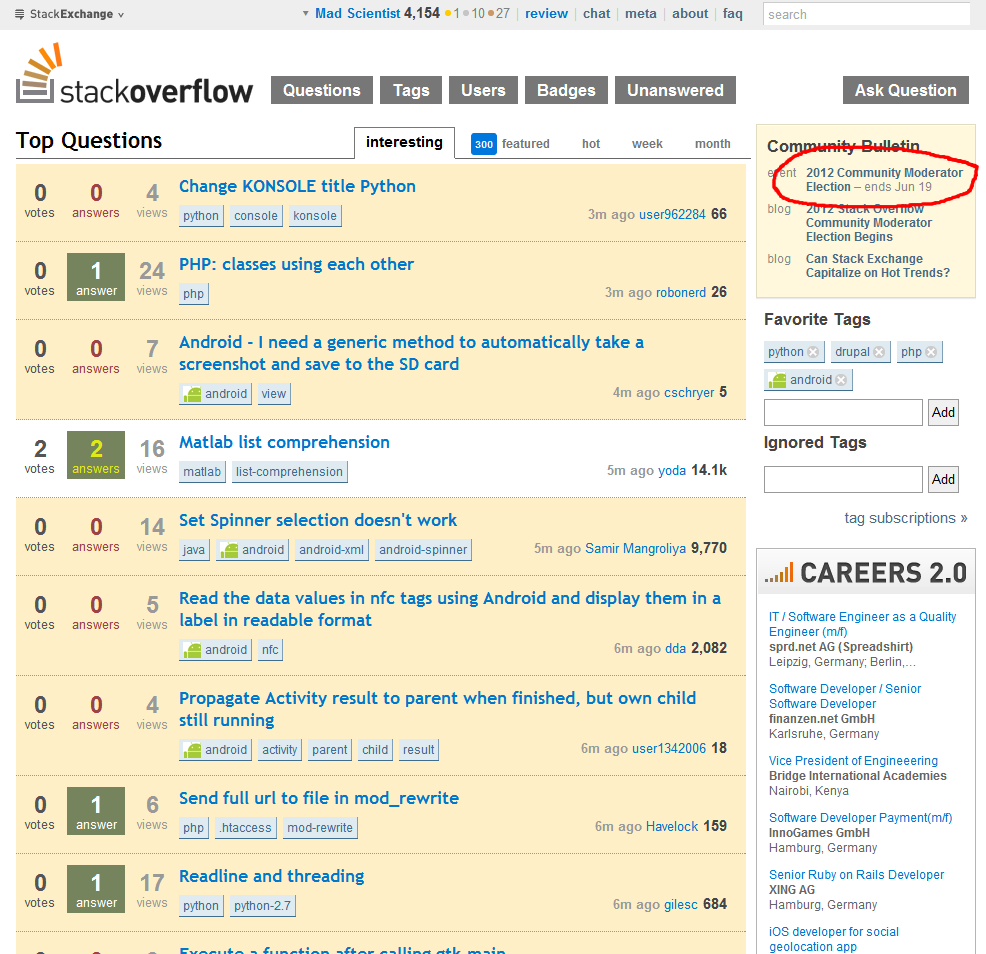 The SE team is categorically and emphatically opposed to using the system banners for elections, so this alternative is out. What I propose is to at least make important events more noticeable by changing their color or distinguish them in any other way from the other events displayed in the bulletin.

Elections are important, more important than nearly everything else that is posted in that bulletin. They should be emphasized on the bulletin in some way.

It's a bit more noticeable now: 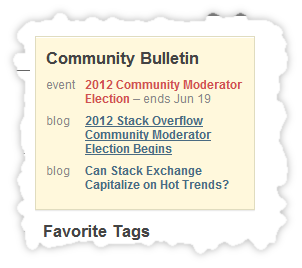 Also, you'll get a notification when the primary and election phases begin: 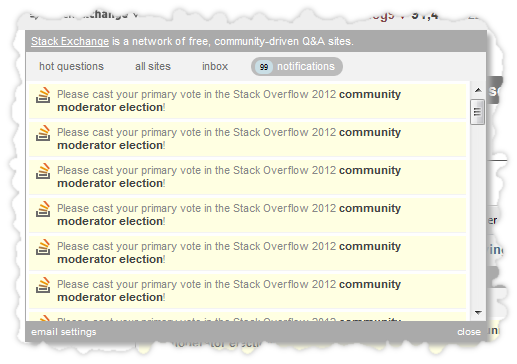 Note that while the system message certainly was very noticeable, that attribute also made it rather annoying to quite a few people:

To combat this, it was only displayed for two days at a time. That's at most 6 out of the ~15 days in an election cycle. So if you didn't visit the site on one of those days... Well, you probably wouldn't know about it at all, or if you noticed it and then came back later expecting to be able to follow the link, you might think the election had ended:

The usability sucked. And by-design - system messages were built into the design of the sites for urgent notifications; they were intended to be intrusive, annoying, and transient. The bulletin board is, by design, less "in your face" - but it's also consistently available, on every day of the election, on nearly every page. If you miss seeing it the first 50 times, it'll still be there on page load #51.

The problem is that no one cares what's in the sidebar.

This isn't a fault of Stack Exchange, necessarily, but a fault of how most websites with a column layout have utilized the sidebar over the years.

Basically, people train themselves to ignore what's in the sidebar because it's overwhelmingly used for noise on the rest of the Internet (known as "banner blindness").

In buying into the same column layout, the sidebar suffers the same consequences.

Personally, I never look at the sidebar. I populated it with a bunch of tags when I first started but I never look at it now. I also barely notice the Community Bulletin.

I also don't have a problem with using a system message for a notification about the elections, but I know the system message annoys a good number of people, so I won't recommend that here.

However, one of the guiding purposes of Stack Exchange is to make the Internet better. To that end, we shouldn't be ready to adopt common misuses of UX design when it's been shown that they don't work.

If the community bulletin was on the left hand sidebar it might make it a lot more noticeable.

Not the answer you're looking for? Browse other questions tagged feature-request status-completed design election community-bulletin .

191
Allow more than one @name notification per comment
415
Decision on rejected edits should be displayed as a notification to the editor
8
How can we improve the Community bulletin?
20
Re-adding Election Notices to System Messages
134
Hide trivial comments
11
Replacing the candidate score with something better
43
Help me opine about a new election system