How can we improve the Community bulletin?

Related: Make the election notification more prominent on the frontpage

I really feel that the community bulletin is rather useless when it comes to bringing the attention of the community to it. When we had the

blog notifications, blog posts were much more noticeable. Also, I've seen the featured box once and it did catch my eye that time. Featured posts do not catch my eye via the community bulletin box.

There are a few factors at play here, IMO

The box is in the sidebar

As many people have noted elsewhere, the sidebar is notorious for being filled with ads. For sites other than SO, which only have internal ads and community-ads, I still don't look at it much. And I don't think others do either. We've just been trained by years of ignoring sidebar ads on the Internet.

The only thing on the sidebar I regularly glance at is the chat box--it tells me if a quietish room has any new activity.

Here's a mock heatmap of where my eyes/mouse probably are on the main page of Physics.SE OK, yes, there's no real point of a made-up heatmap, but there's no fun otherwise ;-): 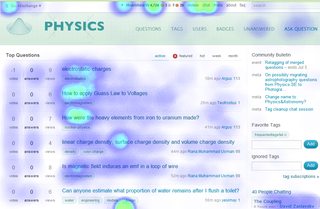 As you can see, I miss the community bulletin completely.

New items are not visually prominent

Whenever there's a new item in the bulletin, it's not really noticeable. For example, these two screenshots look pretty much the same (unless you rapidly switch tabs). 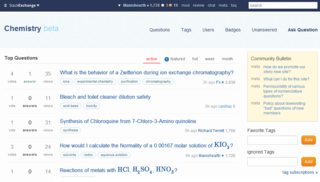 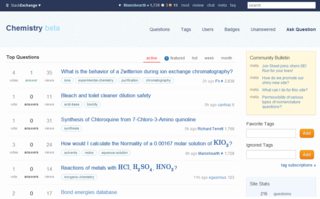 Unlike the rep indicator, the bulletin isn't something that changes often so our eyes aren't trained to glance at it every time you open the page.

Now, there are some pretty important things in the community bulletin, as well as some noise. Which is which depends upon the site.

My main concern is the fact that featured posts don't get the attention they deserve. They get mixed up with other metaposts, and on top of that are tucked away in the community bulletin, which, like I said, is nearly invisible :\ .

This tag is meant to highlight important discussions and attract attention to them. These can be recent events, site definitions, and any discussion whose resolution may have a critical impact on the whole site. It is generally a wise idea to at least look at any new questions with this tag.

The tag is clearly for stuff that everyone ought to have a glance at. With the current functionality, I doubt that everyone does look at it--most of them may not notice. When I tag something featured, I expect the message to go out to all the active site members. Which is probably not happening :\

This self-answer is not meant, in any way, to discourage other answers (i.e., this is not meant to be a "blog post"-type question). I want some discussion on this first, and I didn't want to bloat the question with my millions of suggestions. Feel free to post more ideas!

I have a few ideas for this. They are sort of mix-and match--maybe mods can select which type of bulletin notification(featured, meta, blog, event, election) is displayed how.

Most of these are geared towards getting featured posts more attention, but they can be used in the general case as well.

OK, maybe not the animated ones. But I did like the

doohickey used for blog posts-- disappears when you visit the blog or click the doohickey. Of course, the notification may have worked well because it replaced the chat link.

IMO, this should either be customizable for each site or only used for featured, elections, and relevant blog posts (eg those not tagged stackoverflow for other sites). 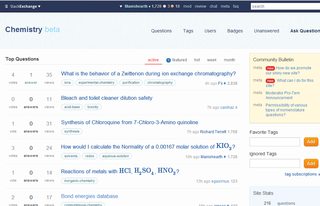 Move the Community bulletin to a separate page

OK, I saw this idea elsewhere, can't find where. Credit for this idea awarded to Community♦ by default

Basically, the bulletin shall be elsewhere, but there will be a link in the user menu showing the number of unread messages there. 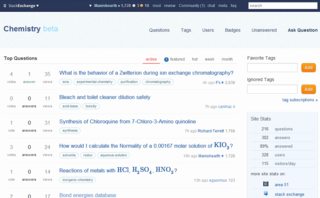 We already have the light blue notifications for trivial stuff, I see no harm in using those for featured and possibly even blog posts/events. Using the red inbox seems a bit excessive. 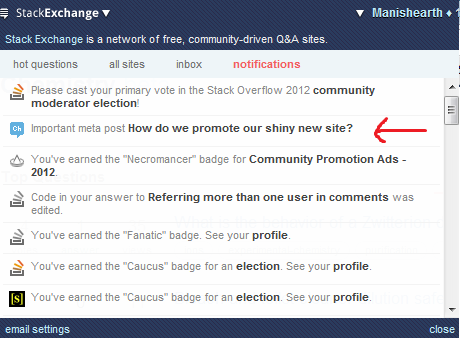 Featured posts can still be shown

. Don't particularly like this, after all, the notifications were supposed to replace the orange slidy.

Something akin to the system message

Recently, the system banner was used for promoting the election and was removed by the devs since it's only for life-threatening stuff. But, if the system message had an option for making it dismissable, using it to display important stuff would be ideal. In this case, it's up to the mods to choose stuff to put up here. This solves the base problem--currently, there isn't a a way to notify all users of the site of important (but not life-threatening) stuff.

I think removing unnecessary elements from the sidebar like I already proposed not long ago would help with the visibility of the bulletin. The sidebar should have only important elements that are actually used by a significant number of users. Stuffing it with everything that might be nice just further trains users to ignore the whole sidebar.

I suggest the Community Bulletin be displayed on the User page.

My screen has room for it (I wouldn't want to reduce the widths of anything else on the user page to make room), but it doesn't fit well within the standard width StackExchange sites seem to be using.

Not the answer you're looking for? Browse other questions tagged discussion notifications community-bulletin .

35
Comment deletion notification
54
Asking on Multiple Sites: “Soft-Migration”
14
Make the election notification more prominent on the frontpage
20
For moderator elections, bring back the system banner *and* put in the community bulletin box
38
It's time for the blogs to get some more site presence
6
Should [featured] posts be showing up as such in the community bulletin?
6
Remove underused elements from the sidebar