Did Stack Exchange change the algorithm that determines how sites are listed in the “All-Sites” menu?

According to Order of all sites in StackExchange menu, the ordering if the sites in the Stack Exchange "All Sites" menu is set so that all sites where one has 200+ reputation will appear at the top of the list. The remaining sites will all appear in a random order, listed after the sites where the user has 200+ rep.

This means that I should see the following sites at the top:

Before today, I was seeing this list at the top, consistently. However, as of today, the sites where I have 200+ reputation no longer appear at the top. Instead, the entire list appears to be randomized, as per the screenshot below: 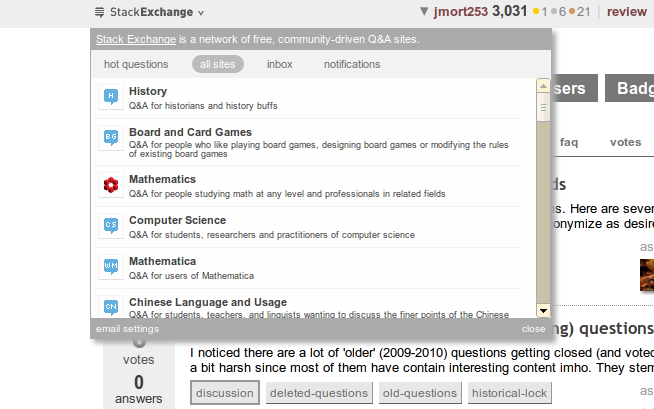 I am logged in, and I've seen the same behavior now on several SE sites where I have an account. The list of sites is random, and in this example, the top 2 sites are those for which I'm not even a member.

Is this a bug? Is this a change in the policy of how these sites are ordered? If it's not a bug, what is the thought process behind such a change?

12
Order of all sites in StackExchange menu