Possible Duplicate:
Clarifying the criteria for when rep from deleted posts is maintained

There is a weird scenario I came across, I that know if you earn reputation and the user deletes the question the reputation remains.

However on 22nd of June, I answered a question and it was accepted. Today I found out that the question was deleted along with the user (couldn't find the user or any of his questions) and the reputation I earned is also gone.

I know this is not the expected behavior, but can I get the my reputation points back? 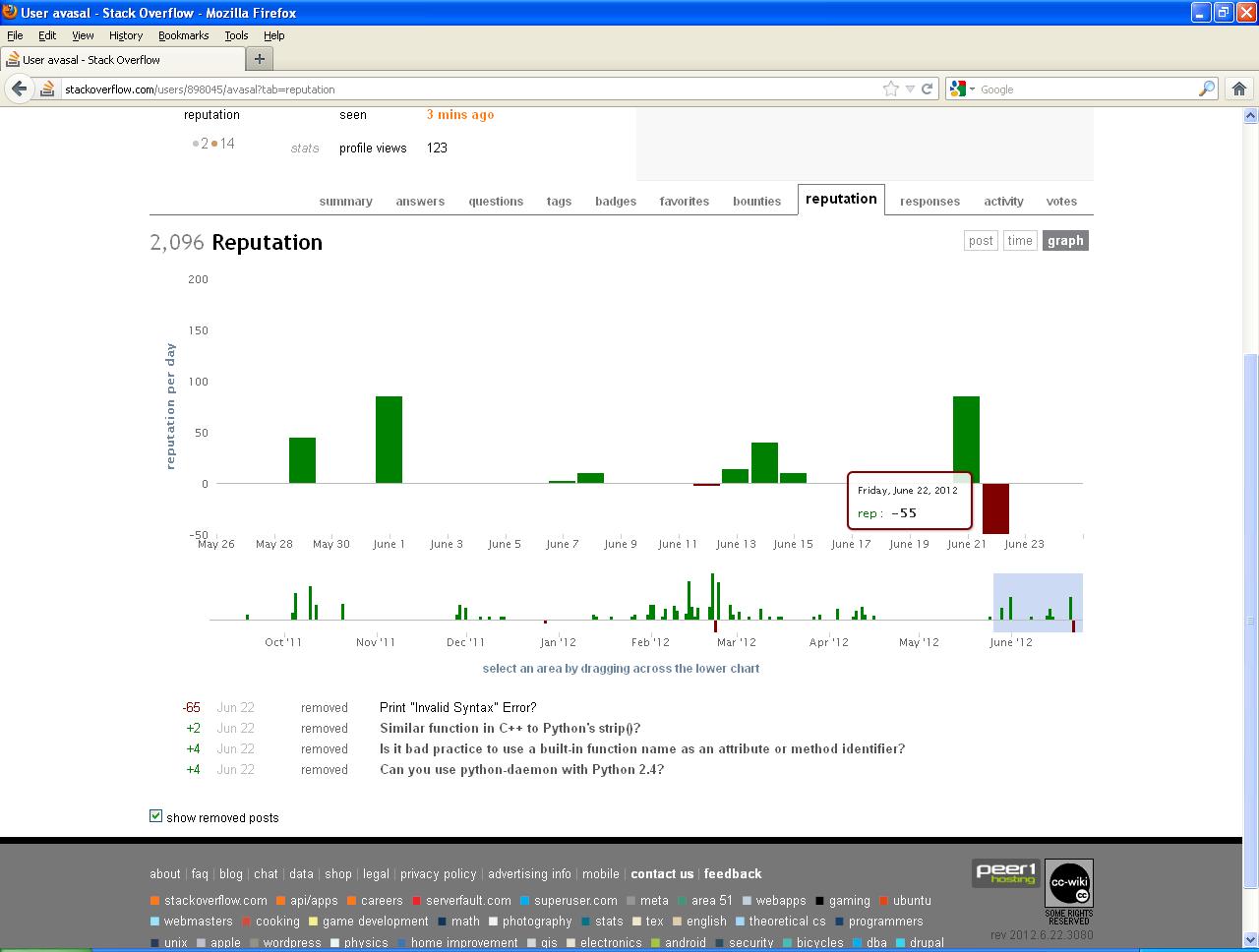 On March 5th, 2012, StackExchange implemented a new plan for how reputation is handled in response to deleted posts. See the blog article titled Reputation and Historical Archives. This decision was based on community input as a result of posts that were removed that the team/community felt no longer represented the site topic.

Here is a brief summary of the rules as it applies to your situation:

First, if you’ve contributed something worthwhile to the site, you should keep the reputation for that even if it eventually gets deleted. “Worthwhile” here is defined as,

In your situation, the answer was posted on June 22 and was removed the same day. Although your score was high enough to preserve the reputation, the post hadn't been on the site long enough for the reputation to be kept.

While it is somewhat depressing to lose rep in these situations, one thing we gain is the ability to recognize when a question isn't a good fit for the site and know that if we answer it, we risk that material being removed. Instead, flag those questions for closure and help keep the site clean.

You did lose 65 reputation for that post. Look at your screenshot again. Down below the graphs, you see that post with a -65 next to it. The graph above shows -55 because you had already gained 10 back that day.

The user is alive and well, his profile is here.

His question however didn't fare as well, it got deleted by a moderator with the "Closed as too localized" reason. It was asked on June 21st so wasn't around long enough for you to keep the rep you got from the 5 other SO users that thought your answer was helpful.

The apparent message is that helping a newbie programmer that struggles with the programming language syntax isn't appreciated and quite possibly a waste of your time. I can only encourage you to treat this as poor judgment call from the moderator and continue contributing to SO as you have in the past. Users like you is what keep SO humming. You can possibly avoid these kind of deletions by quoting relevant parts from the language specification and avoiding being responsive to tag-on questions from the OP. That will make your answer look more like a reference answer that can be useful to more than one user that might have similar problems and less like a one-on-one help session.

Not the answer you're looking for? Browse other questions tagged support reputation deleted-questions .

24
Clarifying the criteria for when rep from deleted posts is maintained
-4
Lost 40 reputation points, bug?
22
Self-deleted posts and the 3 vote / 60 day rule

153
Sudden sharp reputation drop problem: points disappeared and score lost (recalc?)
184
Wiping votes on deletion of highly active accounts (-865 points on "User was removed")
5
Reputation split across answers
8
Reputation (and answer) lost on deleted question
92
Changes to bounty rules: removal of double rep-retention, blocking of owner deletion
15
What does a brand-new user see when returning to the site when their first post has been deleted?