Exclude red status tags on the Users pages of meta

I've noticed that the normal required tags such as feature-request are already excluded in these lists, but why are the red status tags such as status-completed not also excluded? They don't really go to identify which tags the user is active in, only that they post a lot in feature requests and bug reports that get acted upon, as demonstrated by the first page of the Users page: 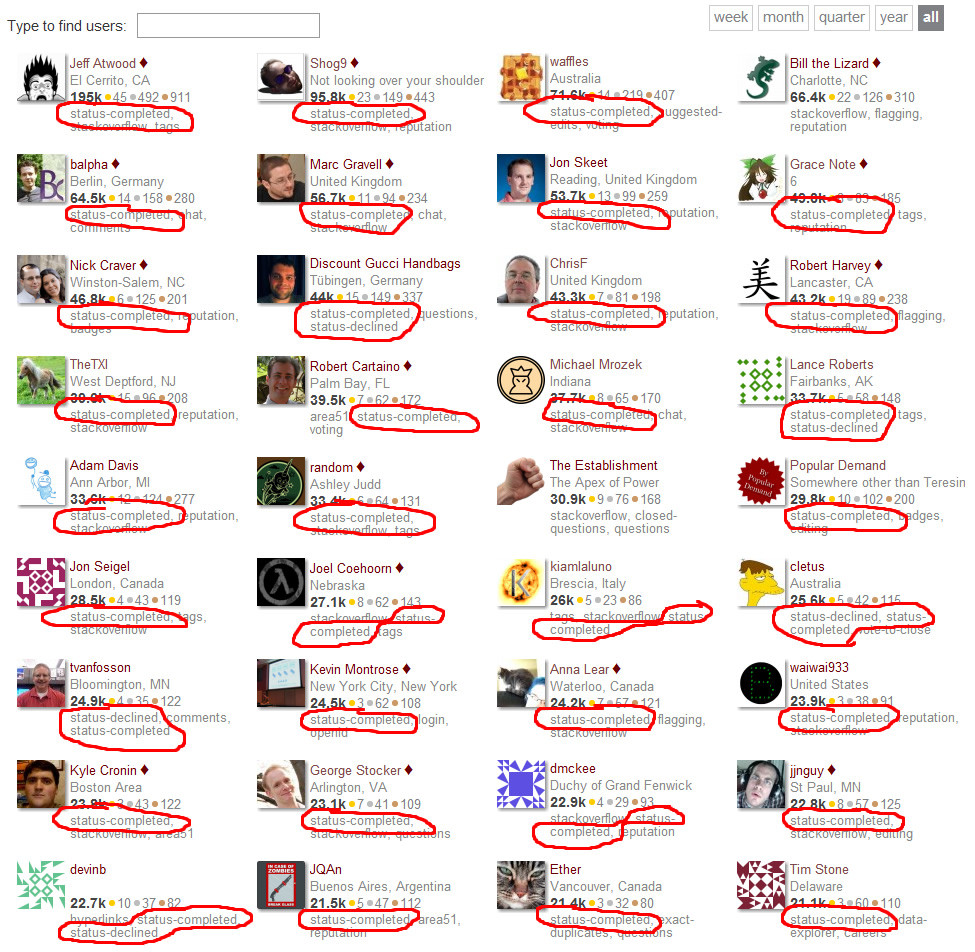 I would much rather see another tag they're often involved in there rather than seeing that everyone is involved in the status-completed tag. The same could be said for the stackoverflow tag. Although, once MSE comes along, that tag should for the most part die off. For example:

This change will go out in the next build: required and mod-only tags won't be looked for /users on metas (yay for not having to worry about SO scale performance!).

Not the answer you're looking for? Browse other questions tagged feature-request status-completed tags meta users .

32
Remove questions with moderator tags from the Unanswered list
1
It's hard to search for things like status-completed, which are meta tags, *outside* the tags
127
A Proposal for More Constructive Downvoting on Meta: Express Disagreement by Answering the Question
324
Stack Overflow is getting a Meta of its own
21
Whats up with the tag status-bychaos?
93
Can we have a guaranteed pipeline for responses from Stack Exchange?
38
Make the moderator-only tags more distinct for colorblind users
13
Can we replace the “no longer reproducible” close reason with a [status-obsolete] tag?
576
We're switching to CommonMark