If you flag a comment for a post with score of at least −3, for example this one (the links is for Stack Overflow's 10k users), the dialog box will appear as in the following screenshot. 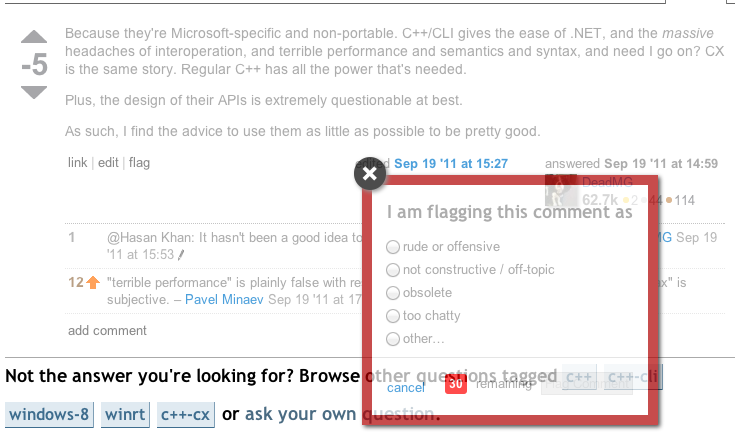 It would be preferable not to change the transparency of the dialog box, as it doesn't have any purpose. I don't need to be reminded I am flagging a comment for a post with a low score; that is already evident by looking at the post itself. 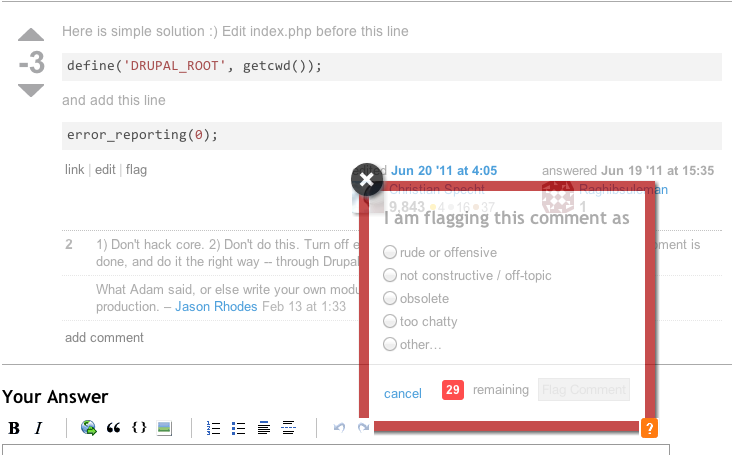 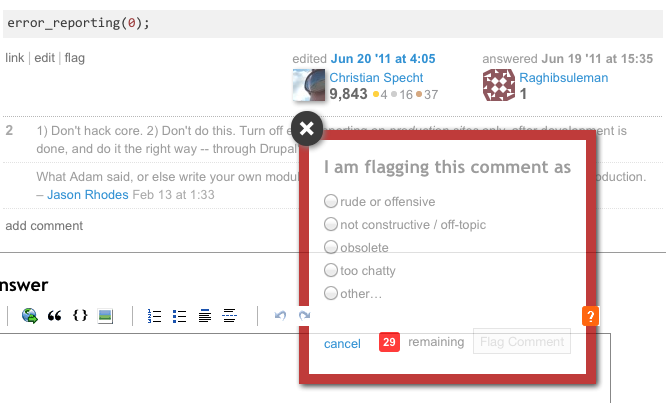 As side note, the editor buttons cover the dialog box, in the last two screenshots.

Opacity for the comment flagging dialog will be fixed in the next build.

Not the answer you're looking for? Browse other questions tagged feature-request status-completed flags flag-dialog .

54
The flag pop up on heavily downvoted answers has grey text
35
Downvote pop-up is overlapped by the question, if the question is transparent

142
Dismiss flags on the same posts with different validities
99
Moderator diamond is too large relative to other text on Android
110
Did You Know... that 10k users can see deleted comments?
4
'Keywords' under SO Careers search jobs are missing very common tags
48
On sites with new responsive theme, word wrap on long titles breaks in the middle of a word
10
Alignment issue in election - add comment section
65
Moderator flag dashboard design refresh (alpha)
15
Multiple flag dialogs for posts can be opened with the keyboard