Why do I get to view the review link if I can't review anything?

At some point the Review link at the top of the page became available to me. But why? I don't have enough rep on meta to do any reviews.

Is this something that happens automatically? If so, at what point? Or was it there all along and I just noticed it now? 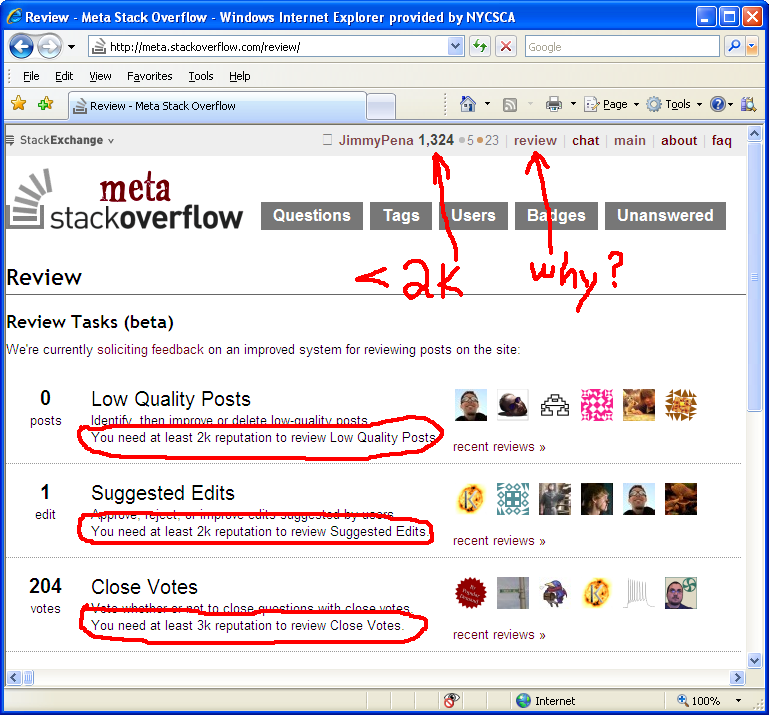 You're still allowed to use the old ones that haven't been converted yet (there's just normally not much to do there on Meta). The old ones run on different rules. Anyone can see them, but you can't officially "review" them unless you have the Strunk & White badge. The new ones just won't let you in without that amount of reputation.

It wouldn't be fair to hide the link for users who can still participate in the other tasks while they're being converted to the new system, and I'm not sure what kind of reputation requirement will even be placed on those. The reputation requirement on the current ones is to match the feature you're using in that task.

... you CAN review the old stuff, just not the Review TASKS as they are in beta. 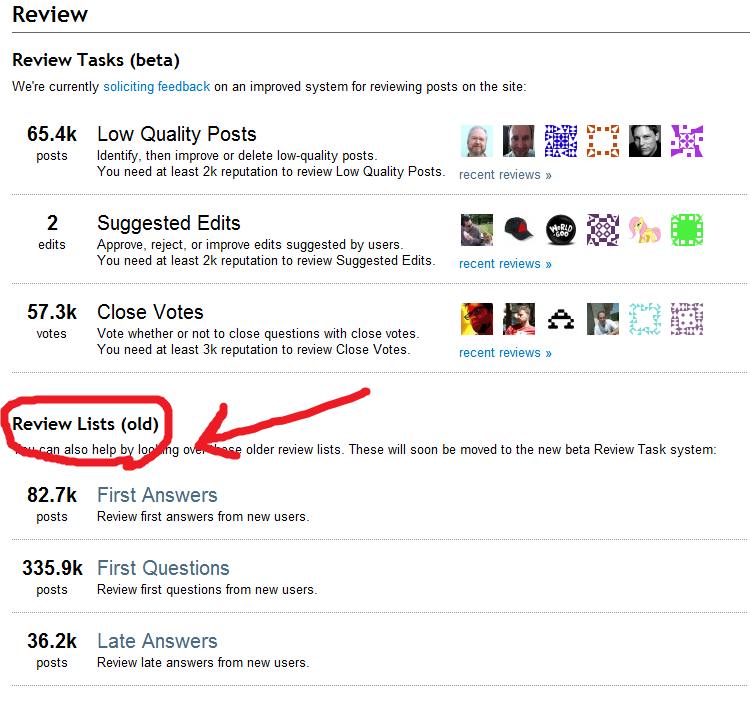 It's been there all the time.

You can review the lists of first questions, first answers and late answers from the old interface you can see at the bottom of the page.

(Admittedly not the most convenient or intuitive user interface ever made.)

Not the answer you're looking for? Browse other questions tagged discussion review privileges .

52
Should the Precognitive badge be listed in the list of S[OFU] badges?

1820
Could we please be a bit nicer to new users?
534
The current review system encourages fake reviews; some people upvote everything rather than actually fixing problems
705
Your answer is in another castle: when is an answer not an answer?
2779
A Terms of Service update restricting companies that scrape your profile information without your permission
824
Net Neutrality and Stack Overflow / Stack Exchange
2456
Firing mods and forced relicensing: is Stack Exchange still interested in cooperating with the community?
715
Dear Stack Exchange: a statement and a letter from your moderators
2164
Stack Overflow is doing me ongoing harm; it's time to fix it!
732
New Feature: Table Support