Preamble: I know that 'give a reason when downvoting' is a very common request, and I assure you that I have read these posts and the discussions in them and my request is very different. This isn't about encouraging people to comment and is more about gathering metrics.

I'd like to see a feature whereby people who are downvoted get some better feedback on why they were downvoted, especially given that people rarely leave comments in practice.

So my suggestion is that when user clicks on the downvote, they are prompted to pick from a short list (No more than 5) of common reasons. It would be a popup that replaces the existing "Please consider adding a comment" box.

The user receiving the downvote would see how many people downvoted them for each reason, but not who did it. It would significantly address the issue of people being too lazy to comment or not wanting to comment (for fear of retaliation or any other reason) while helping to ensure the user gets useful feedback.

Perhaps the downvote could also be weighted based on whether or not a reason is picked.

I think this could be a constructive feature. It solves the problem of leaving feedback on downvoted material without actually forcing the downvoter to expose himself/herself. However, there are a few suggestions I have to make this successful and continue to encourage normal voting patterns:

Don't force a downvoter to pick a reason. Instead of a popup, expose the options in an element off to the side, but find a way to make it clear that action is not required, sort of like how the green checkboxes are there for the op, but he or she does not feel like he/she absolutely must click something to move through the workflow.

The example phrases you cite are pretty curt and abrupt. Use some more constructive and positive phrases instead. Most of the messages on the site have a positive tone to them, and that's by design. For instance, the Not Constructive close reason is overall pretty positive:

As it currently stands, this question is not a good fit for our Q&A format. We expect answers to be supported by facts, references, or specific expertise, but this question will likely solicit debate, arguments, polling, or extended discussion. If you feel that this question can be improved and possibly reopened, see the FAQ for guidance.

This sounds much better than:

People learn better when they aren't angry or upset. Since the goal is to teach people how to better use the site, it's important that the language used help encourage people to learn and adapt, not leave angry and embittered.

3 - Feedback visible only to poster

Canonical reasons don't always work. They may be useful for indicating to moderators why you're flagging, but moderators are familiar with the site and know all the rules. Users asking questions, especially new users, won't have any clue what any of these reasons mean. Even providing descriptions for each one may not be helpful. Every question is unique and every question needs customized attention to explain why their question is poor quality. This is especially true for answers. Just telling someone "that solution is dangerous" doesn't help them. Why is it dangerous?

This would be annoying to downvoters. Not every user wants or needs to provide feedback for why they're downvoting. Why should users have to waste their time to perform a couple extra clicks? If someone else has already commented the same thing, why should I need to sit there and select why I'm downvoting? Most downvoters aren't actually afraid to comment so they can remain anonymous, they just don't want to.

What would this ultimately solve? Most of your reasons sound like reason you'd vote to close or flag the post. A bunch of vague reasons being provided anonymously to the OP doesn't help them understand what's wrong with their post. We're far better off leaving real comments for them explaining what's wrong, and all we can do is encourage downvoters to leave those comments. I actually foresee a reverse effect. Users won't want to provide feedback, so they'll stop downvoting. This can only cause bad answers to remain visible with no score and opens up the potential that someone who agrees with that bad answer to upvote it since, after all, upvoting wouldn't require any feedback.

I've got a few issues with this that keep me from supporting the idea. Right now, we've got two ends of a spectrum; the first being a down vote with no comment, and the other with a comment, or this:

If we add the most common reasons for down voting for selection, what we get as far as actionable feedback for the question author is generally going to fall somewhere around here:

Or, marginally more specific than a simple anonymous down vote. What we can't explain easily with 'canned' feedback is how or where it relates to the given post. That means, we're still doing this in most cases: 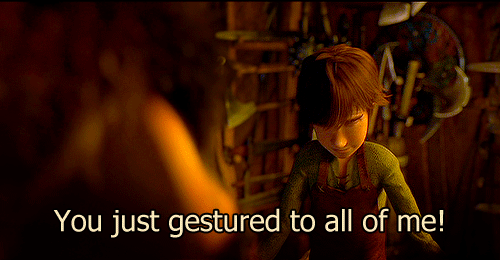 In some cases this might cause someone to re-read their post, or preferably read their post out loud in order to figure out what these crazy people might be talking about, but canned responses completely lack the empathy needed to stop someone from shutting down in the face of criticism, however constructive.

Yes, there are provisions in the proposal for people to leave custom feedback, but stop and think about this for a second. This feedback is going to be anonymous and we have a hard enough time keeping people civil in comments when they know their identity is going to be associated with what they've typed.

I agree that it's a bit of a problem for new users, especially when some of our sites serve as possible entry points to much larger communities (Ubuntu, Blender, Tridion, Expression Engine, Etc). However, I don't think this is the way to solve it - I don't see it being very effective, and I fear that it would create even more moderation overhead.

Better 'just in time' help for new users might be the solution but we have to face a very harsh reality - some people are just very lazy and won't take advantage of it. Others are asking their questions to the very best of their written English abilities, and this sort of canned feedback wouldn't be very helpful for either group.

Note, I'm not declining this - I'm just stating why I think it's not going to work very well.

Bad. Bad. Bad. Idea. If for no other reason than the hundreds (if not thousands) of resulting complaints on Meta:

User downvoted my post and I don't think it's fair. Can you reverse it? They said it "wasn't a complete answer", but it solved the OP's problem.

And of course, let's not forget the flags that will result from a change like this.

I don't think so man.

Downvote means an amorphous combination of all the reasons you listed (Nonconstructive or not an answer, Incorrect or dangerous answer, Poor explanation, Doesn't answer the original question, Other).

If you can put your disagreement it into words, you can leave a comment.

Adding an explicit list would serve to just clutter the UI.

I can agree with this, but only if there is a default action that is very close to the current flow. I don't want to make the downvoting process much harder than at present. At least, not all at once.

And the dialog may also want to suggest that they consider leaving a comment instead.

I think is a very good idea.

I have been roaming around, and it is clear that there is a lot of people that doesn't give a reason for downvoting.

For instance in this question:

Maybe if the person was forced to think a second for a reason to downvote, with a simple list of reasons, no forcing to comment. They would not downvote when it is not really granted and the user that wrote the question or answer being downvoted could at least have a hint of what he did wrong.

I think it would have major benefits:

Besides, since the question has to follow guidelines, it should be posible to give a set of possible reasons.

Regarding the statement about people complaining because of this. There is always going to be people that complain, whether they have a reason or not. But this would benefit all those other people that are new, and/or really want to learn.

If it annoys you to have to give a reason, maybe you don't really have a good reason to downvote. When you downvote it should be very clear why you are doing so. Downvoting it is not about sensoring out of feelings, it is about filtering information due to good reasons. Right now the downvote without a comment it is as useful as saying "I don't like it". Which is not really a good reason.

But if a person already gave a reason, I think others can agree with that, so maybe just the first downvote should be "forced" to give the reason. And for the rest of downvotes, the same reason can be suggested.

In the other hand, people can be wrong, so if you just downvote, there is no way to know if there is really something wrong, or there is an actual issue. Because you just don't know what that person was thinking.

This is a community and everyone is supposed to work as a moderator, downvoting without a reason, it is not a responsible way to moderate.

Not the answer you're looking for? Browse other questions tagged feature-request voting down-votes .

3
Allow anonymous feedback on a downvote to be given through radio buttons
-29
Remake the downvote system
1
Evolution of the downvote
1
Allow quick categorization of downvotes / hint templates
1108
Encouraging people to explain downvotes
9
Canned comments when downvoting new users
5
Question DownVoted, what are the consequences?
-14
A possible new Strategy for new-comers in regards to the vote system:
3
Offer badges for new users who are immediately productive
2
By flagging a question can a moderator revise and delete it?
see more linked questions…

1108
Encouraging people to explain downvotes
874
Why aren't people voting for questions?
116
Undo an up/down vote after a comment is left
410
Decision on rejected edits should be displayed as a notification to the editor
280
Let's stop displaying a user's accept rate
342
Reject an already-approved suggested edit when rolling it back
177
Don't lock votes on Meta sites
121
Prevent questions on Hot List from being upvoted by casual visitors (only rep is from association bonus)
294
Add optional box for spam flags letting you say why you think it's spam