Hide ignored tags is broken on the homepages of some Stack Exchange 2.0 sites

It looks like a recent build broke the home page for some Stack Exchange 2.0 sites if you have ignored tags and you enabled the "Hide ignored tags" option.

For example, Arquade looks like this to me (with hide tags enabled): 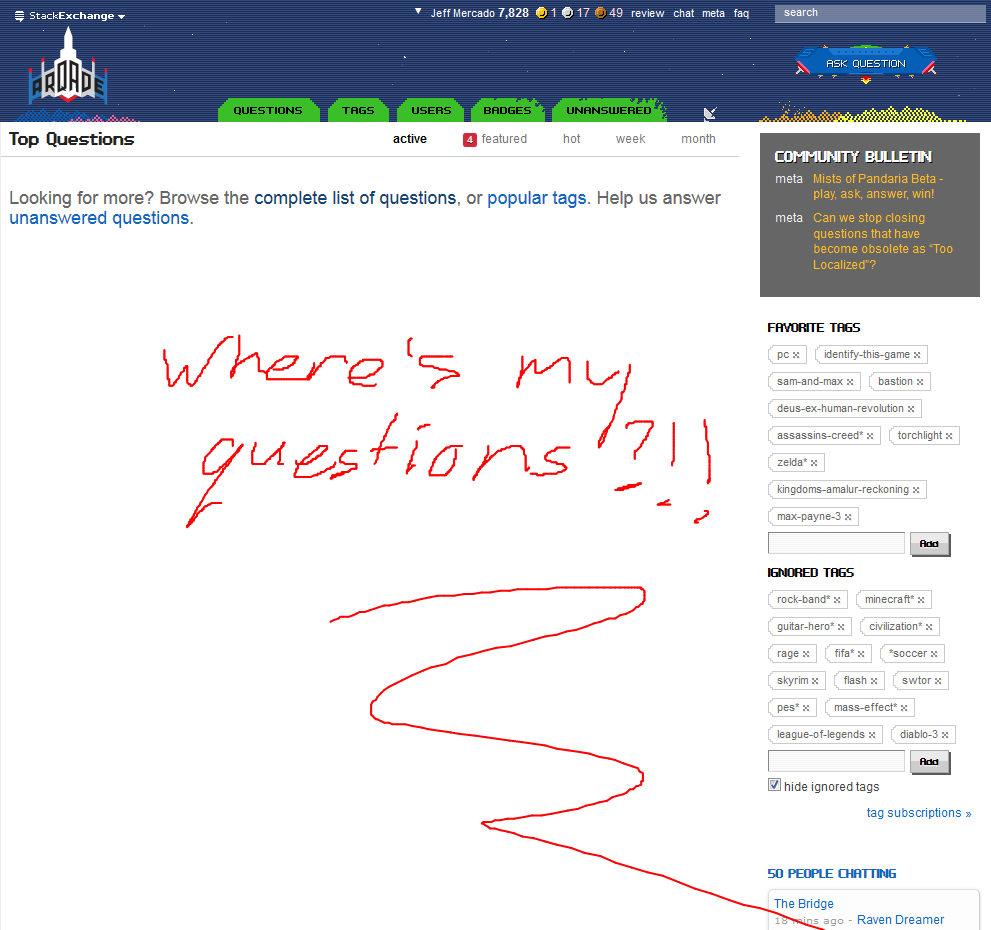 Peeking at what questions that are on the page (but hidden), this is what I see: 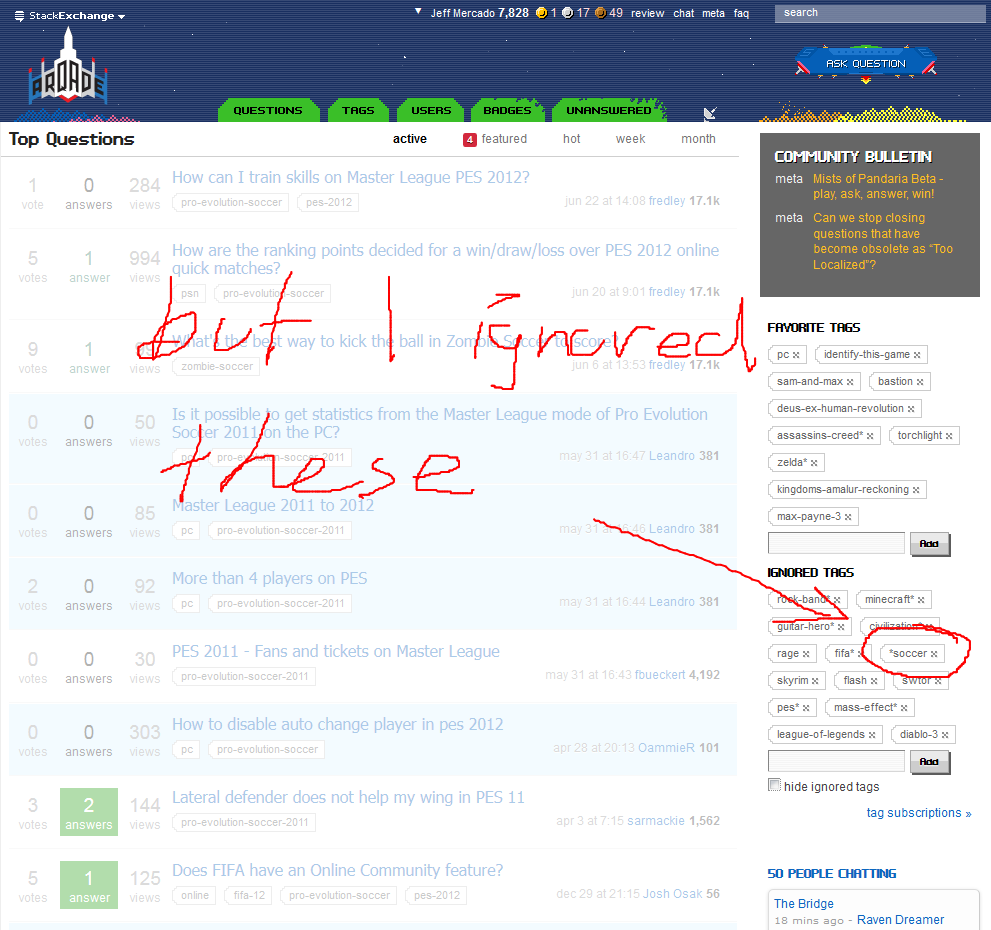 If I were to disable the hidden tags, I see everything. 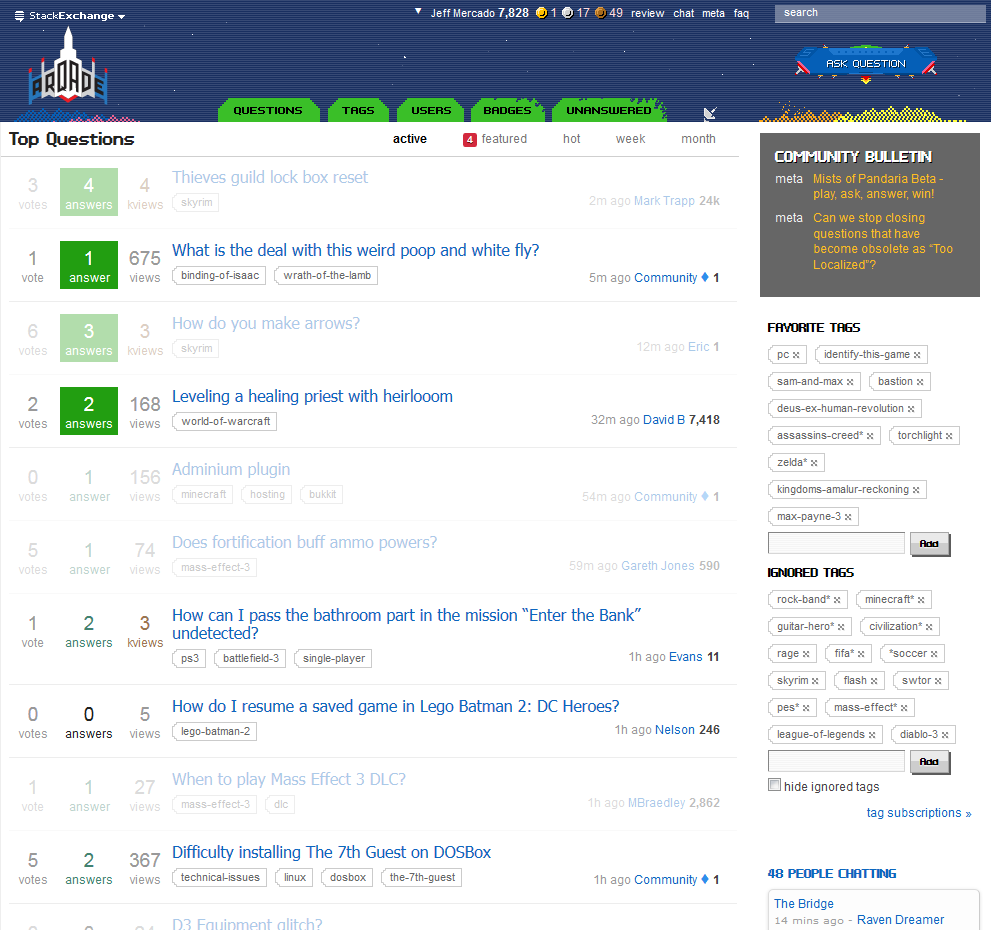 I'm seeing the same thing on Code Review. I did notice a pattern however, when this is happening, the questions are tagged with wildcard tags. 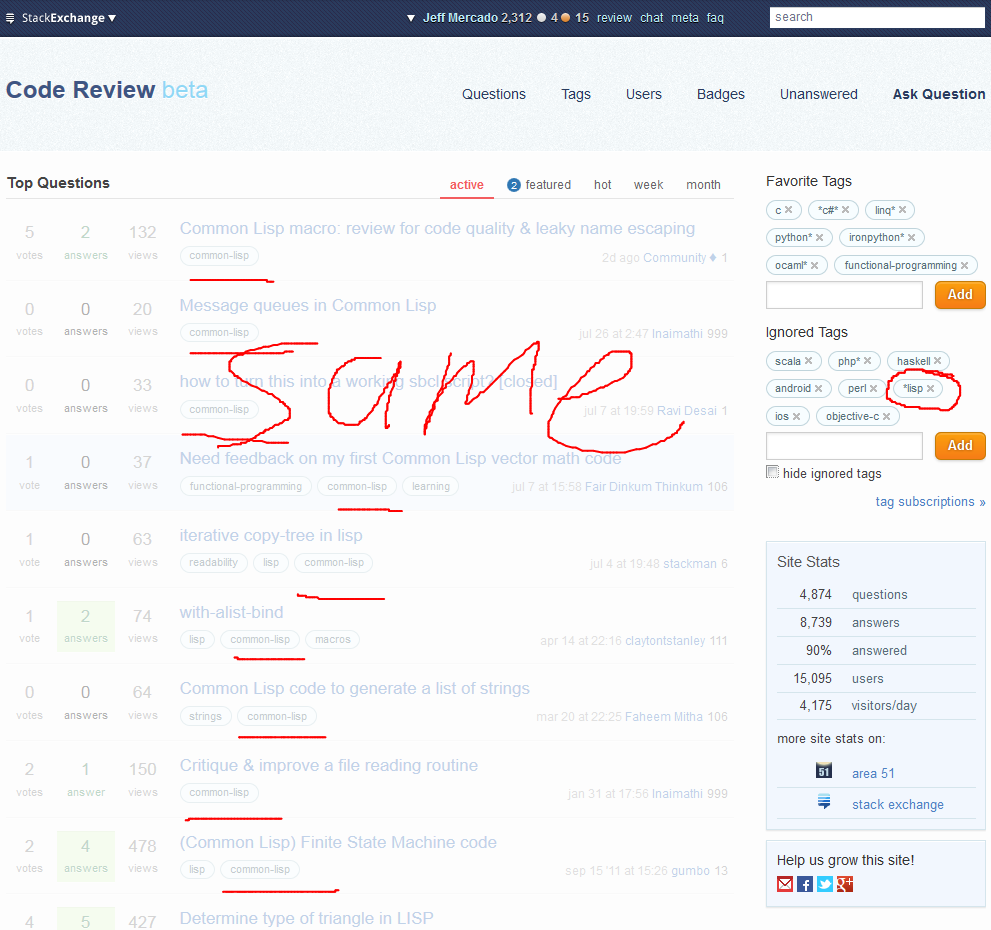 This doesn't seem to be occurring on Programmers or on any of the trilogy sites that I have accounts for.

Short version: it should now be fixed

Stupidly detailed version: we've recently been doing some work to push some of our wildcard / synonym code down a few layers into our core tag-filtering logic. The homepage was actually being a bit naughty because forever it has been pushing those exclusion wildcards down to the tag-filtering code without bothering to expand them ... and in the past that wasn't a problem because the tag-filtering logic basically said "I have no clue what that means... I'll pretend I didn't see it". There was UI-level secondary hide/show logic, so this wasn't really visible (except maybe a brief flicker if you were watching really hard).

Now roll forwards to the last couple of days, where the tag-filtering code suddenly has a bit more savvy about wildcards... or, at least it thought it did. Unfortunately, it was expanding -*soccer (for example) incorrectly (in particular on the left), meaning: -*soccer could actually end up matching pro-evolution-soccer, pro-evolution-soccer-2011 and zombie-soccer... which looks right, until you realise that the all-important - on the left has disappeared. So that actually got interpreted as only returning those questions that included one of those three tags.... d'oh - obviously the exact opposite of what we wanted. Now add on the UI layer's secondary hide/show logic, which made the few questions that matched instantly disappear, and you have a reliable empty page.

Sorry about that; it now expands those correctly, to mean "and has none of these tags". As always, what a difference an innocent little - can make...

As a bonus: it shouldn't flicker now, as the data will have been correctly filtered at source, rather than at the UI.

P.S. if you're really on the ball (no pun intended), you'll observe that it is actually incorrect to include pro-evolution-soccer-2011 as a match for *soccer... that will be fixed in the next build ;p The expansion of *soccer* could be used if you also want to exclude that one.

In other words it is working correctly: your ignored questions are hidden. Yes, it would be nice if the next page were loaded automatically, but the "hide my ignored questions" feature (hack?) simply applies a Javascript-supplied hidden attribute to the questions that were otherwise just shaded.

I can see now, when you don't hide the questions you do have normal questions displayed.

I cannot reproduce your problem with Chrome 21.0.1180.83 m. Questions are shown and hidden as expected for me.

Not the answer you're looking for? Browse other questions tagged bug status-completed stackexchange-2.0 ignored-tags homepage .