When an account is deleted, the username in the user's posts and comments is changed to a generic user<userID>. But the username stays the same on close and delete notifications on posts the user had voted to close / delete1. I think it shouldn't, especially for users who used their real name as their username, if they chose to distance themselves from the site and remove their accounts, it makes sense that they wouldn't really want their name plastered on close and delete notifications.

A perhaps easy way to avoid the actual username remaining visible would be to change it to the generic user<userID> (or anything generic enough, like "anonymous") prior to deletion, and wait a bit for the generic username to propagate all over the site. If I'm not horribly misreading this answer, this was part of the process in the old days.

This could be automated or added as a suggestion to the account deletion help page.

Glaring example can be seen here, where the deleted user also posted a comment where their name is properly anonymized: 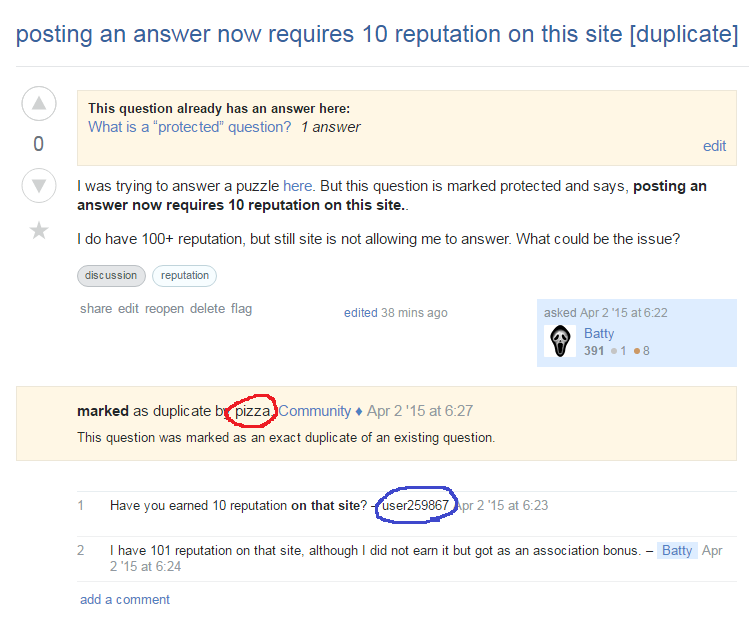 1 I've seen it on close notifications and self deleted answers. I'm not sure it happens on deleted questions, or deleted answers that aren't self deletions, and I don't have a way to verify it - other than stumbling on them accidentally

This is now partially completed.

First, some background. The issue had nothing to do with propagation - what you suggest was already what we were doing. The issue was the fact that when closed/reopened/deleted/undeleted events were generated for the post history, all the user's IDs and display names were stored as plain JSON in the Text column for the history event, and then never updated ever again. When a user's display name changed, we never even tried to update it in those text entries, because updating JSON in a text field in a database is hard and that's why you're not supposed to it...

As of now, we no longer utilize that stored display name. Instead, if the user is deleted, we just take the ID number that is stored and throw the string "user" at the front of it, generated on the fly when we display the names. This has the added benefit of working retroactively for all past occurrences, since we're doing it at the time the information is displayed, despite the cached information being different.

Now I say partially completed because these old display names still appear in the Text field and would still show up for users querying the information in Data Explorer. That's a problem for another day that we need to fix, but for now, at least they won't be displayed on the site.

* This fix does not apply to Teams and Enterprise, where we always display the user's display name even after deletion.

I would agree with doing so, it also shows as for who proposes something on Area 51, more on that here.

Not the answer you're looking for? Browse other questions tagged feature-request status-completed display-names deleted-accounts .

8
Why isn't the username obfuscated as one of the close-voters once the user is deleted?
5
Deleted users still leave some trace behind
3
Deletion banner by underage deleted user displays the original username
6
If a user changed their username before their account is deleted, questions they voted to close show their old username at the time of closure
4
"Deleted by…" notice still shows the old unanonymized username
1
Inconsistent usage of deleted user name on closed questions
0
My old user account is deleted but I still can see my old comments. I want to delete them as well
800
Recent feature changes to Stack Exchange
335
Brace yourselves: The GDPR is coming!
59
There needs to be a way to delete content or disassociate your account from said content
See more linked questions

993
Show all of my question/answers to me even if they are deleted
1250
Don't throw away all votes when a user is deleted
187
Wiping votes on deletion of highly active accounts (-865 points on "User was removed")
185
A question should not be deleted by the user deletion algorithm if it has upvoted answers
54
When an account is deleted, don't auto delete its negatively scored posts on the meta site
85
Automatically suspend accounts recreated after a moderator deleted the original
6
Strange deleted user with name?