Some of the newer tablets and also Notebooks (notably the iPad, Macbook Pro and the Nexus 10 tablet) use displays with ultra-high resolutions at around 300 dpi. This makes text look very, very good, but it also means that images that are not adapted to that resolution can look rather bad in comparison.

Here are some crops from a screenshot from my Nexus 10: 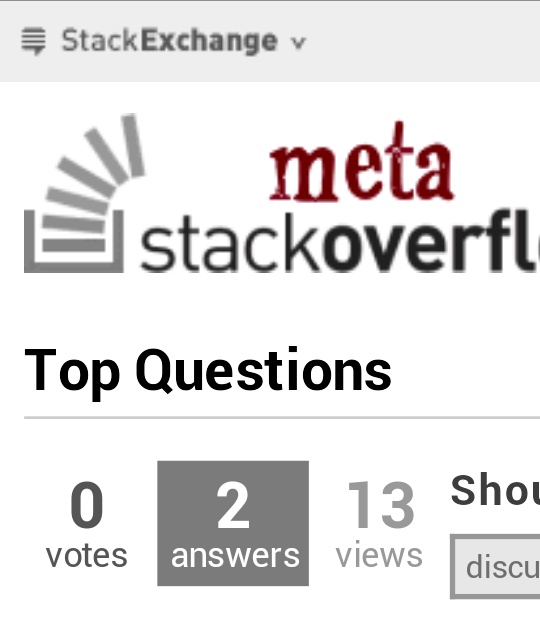 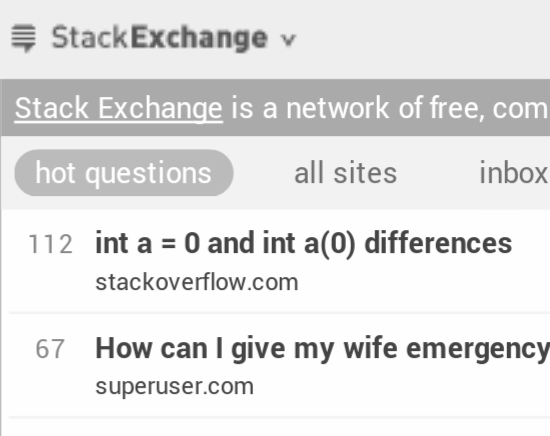 These show that the StackExchange button and the logo, which contain text and hard edges, looks noticeably softer on a high-resolution display. This is of course no big deal, but it is very noticeable.

5
SO and SO Meta logos not Retina
0
Is there a plan to introduce HiDPI images for the site logo?
19
Add high-resolution-graphics and / or .svg-icons
27
HDPI version of Stack Exchange

195
Show Total Votes (or Up/Down Votes)
240
Please show us when we lose an accepted answer
3
Why are large images less high quality?
119
Ban ImageShack images because they are reusing old URLs for advertising
117
Roadmap to HTTPS: serving and uploading HTTPS-images only
131
Can we show new/anonymous users more Q&A?
6
Max height for uploaded images?