Map of all Stack Exchange sites (except the three biggest)

I've just made a map of all Stack Exchange sites, except for the three biggest ones: 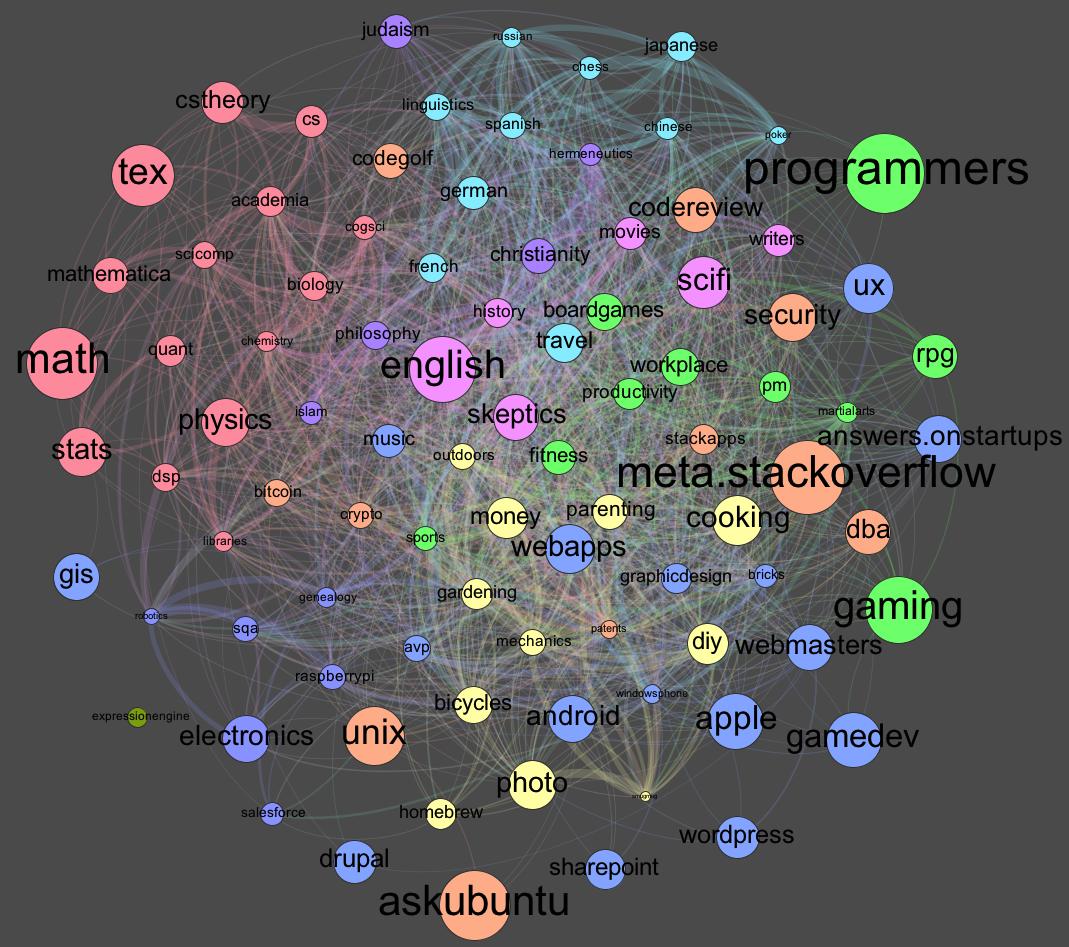 (A high(er) res png file) (EDIT: there was a PDF file, but for some reason it was eating more than 1 GB of memory, at least on my computer)

On GitHub there is code and a recipe how to make a similar plot (or tweak this one). Also, you may want to look at a Graph Map of Math.SE.

Why not include Server Fault, Super User, and most importantly, Stack Overflow?

Stack Overflow, to some extent, is a different story from the other sites. When it comes to Server Fault and Super User - unfortunately, the Stack Exchange API (or at least - my Python wrapper, se-api-py) has some issues with obtaining more than 100k items.

Any questions and comments are welcome.

This graph is interesting to stare at for a while, but the best bit, in my opinion, is the color groups. For the sites I'm most familiar with, the organization makes sense:

And then there are the green sites. Are they "Geek Culture" sites? That's my best guess.

Looks like the folks over at ExpressionEngine.SE don't get out much.

Not the answer you're looking for? Browse other questions tagged discussion site-promotion graphs .

45
Allow cross-site queries in data explorer
11
Are there ways to visualize the dynamics of a Stack Exchange site?
15
Whats the most isolated SE site?
46
TagOverflow - interactive exploration of Stack Exchange tags
7
Is this Area51 Proposal Twitter Spam against the rules?
9
Make the hot questions list a bit more interesting by heavily promoting questions from related sites
21
Is there a place to get the textual overview (what is on-topic) of all sites?
3
Tag clouds / topic clouds for Stack Exchange?
4
Stack Exchange Bacon