Adapt the chat sidebar for displays with limited height

This is how chat looks for me on a tablet: 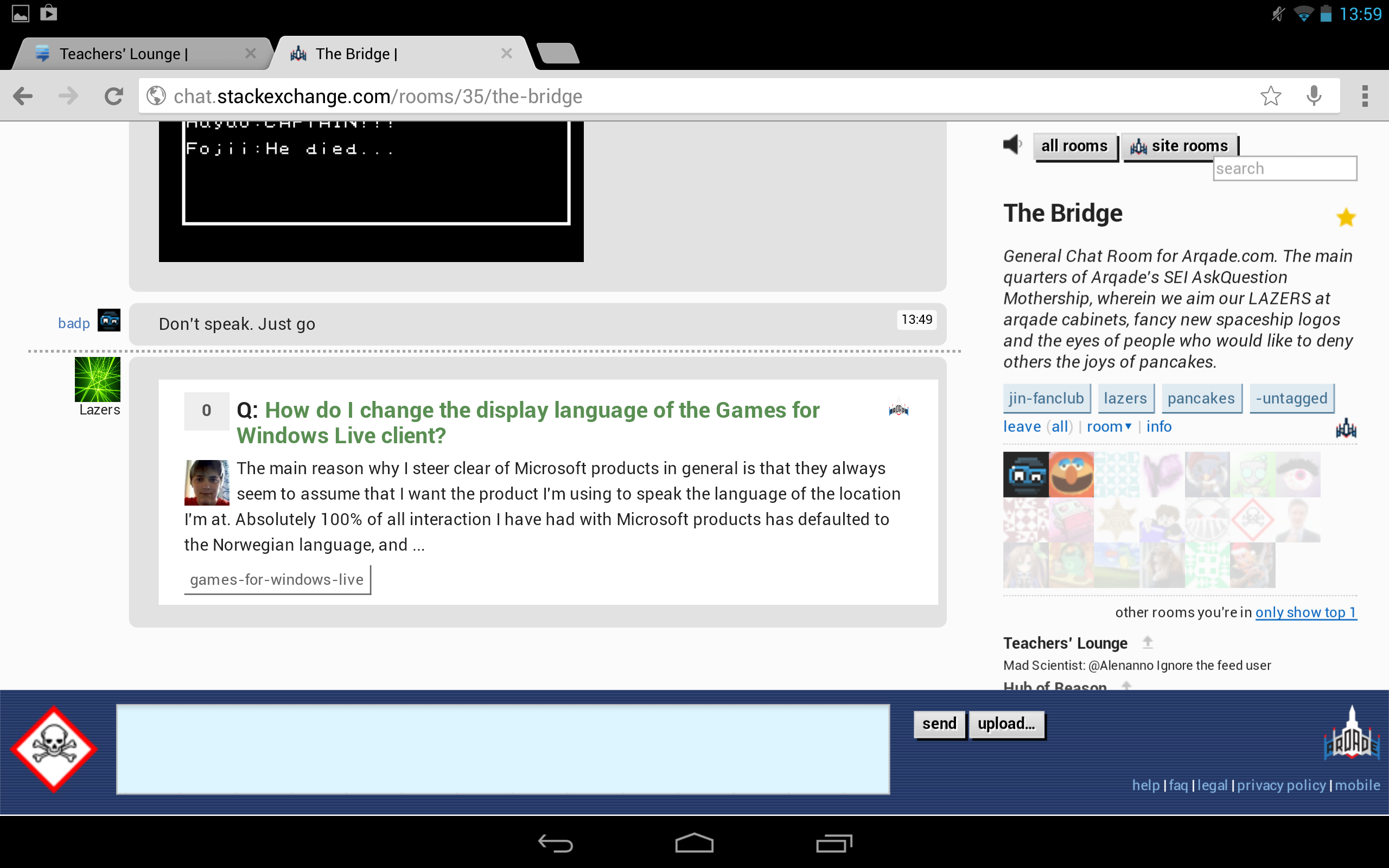 The mobile interface feels rather restrictive on a tablet and also wastes a lot of space in landscape orientation.

One solution would be to make the sidebar elements collapsible and allow users to hide the room description, the list of present users and all other elements. Or if not enough vertical space is available, some elements could be made smaller automatically. The list of users could maybe only show one row if there isn't much space, instead of the four rows I'm seeing now sometimes.