That is evident from the revision page. 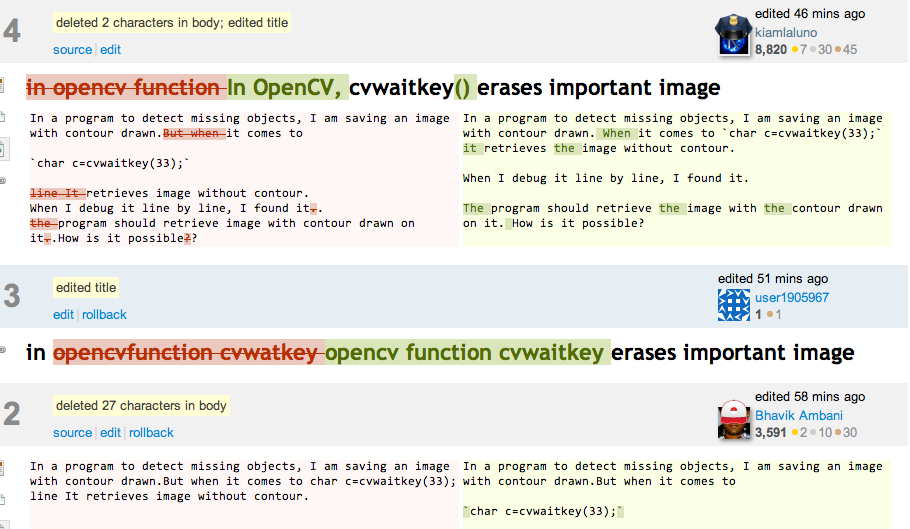 Note that the body was edited by me after I clicked the 'improve' button, the suggested edit page now shows the body as revised by me instead of what was there before my revision.

I improved the edit because it was clear the body needed improving too, but if now somebody looks at the suggested edit page, they could wonder why the edit was rejected via the 'improve' button, when the only possible edit was changing the first letter in the title.

The same doesn't happen for this suggested edit, though.

281
How do suggested edits work?
162
Do we need a 'reject and improve' button?
410
Decision on rejected edits should be displayed as a notification to the editor
343
Reject an already-approved suggested edit when rolling it back
144
Improvements to a suggested edit cannot be submitted when the suggestion is approved during editing
524
The current review system encourages fake reviews; some people upvote everything rather than actually fixing problems
79
Show the post's comments on the “Suggested Edits” review interface