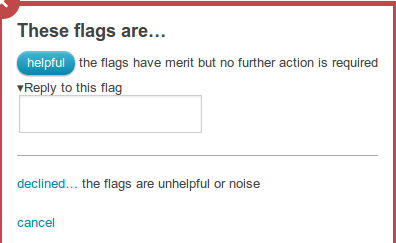 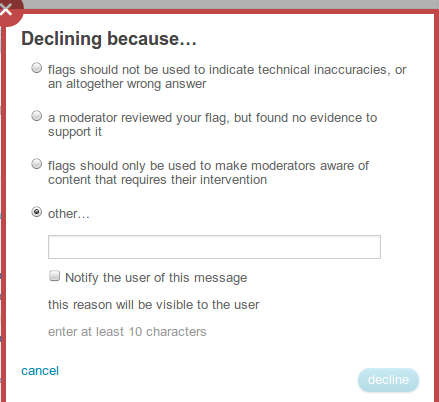 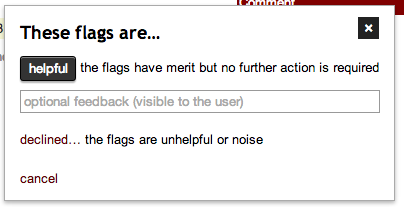 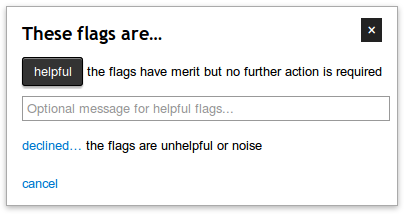 992
Show all of my question/answers to me even if they are deleted
798
Recent feature changes to Stack Exchange
84
How can we improve the mod tools?
199
We have updated jQuery to 1.12.4 - please report related bugs here
125
Can we get some consensus on what flag to use for link only answers?
164
Allow recovery from flag hellban
132
Streamline moderators contacting users through chat
143
Dismiss flags on the same posts with different validities
36
Please make the flag response UI consistent, and train moderators
20
Can the "Flag for moderator attention" have a feedback mechanism?
See more linked questions

220
Allow flagging a comment after upvoting it
95
Allow moderators to reverse and/or nullify flag decisions
417
Decision on rejected edits should be displayed as a notification to the editor
164
Allow recovery from flag hellban
139
Allow moderators to hide a revision
56
Hide "not an answer" and "very low quality" flags in the moderator flag queue
123
Community should not autodownvote "low quality" autoflags cleared by edits
274
Make moderator messages anonymous
420
Can a machine be taught to flag spam automatically?