At Why are my sparks not animating?, I have what looks on Mountain Lion like a non-scrolling area of code (without scrollbars until one hovers/scrolls): there are two JavaScript functions included, and then a third which is 'below the fold' as far as scrolling goes, again for Mountain Lion (other OS'es may not exhibit this).

When I first posted this, I wondered, 'How did I leave out the third function?' and then went to edit and found that the third function was there. It was just neatly cut off, and I would forgive someone who made a casual glance at my screen and failed to see that there was a third function. 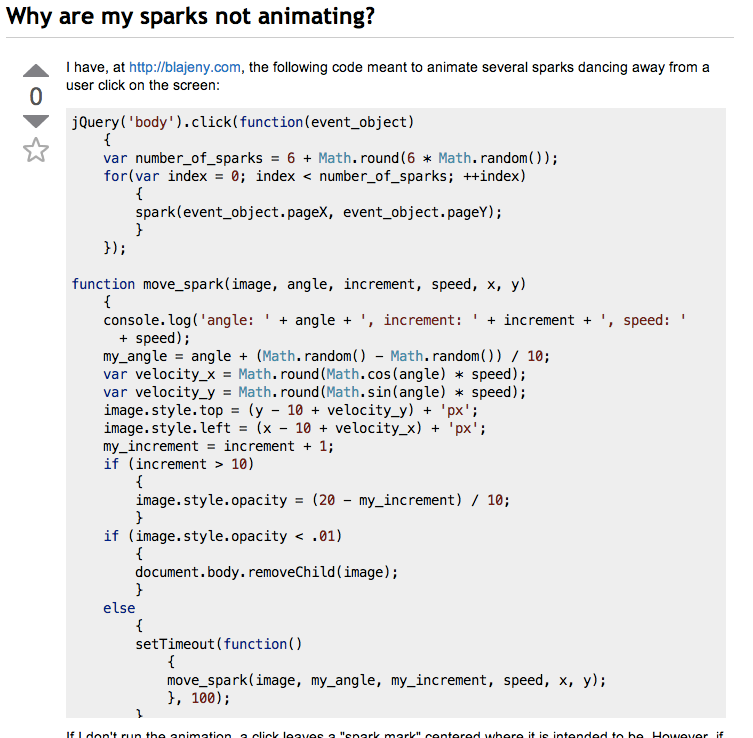 Is there any kind of option or convention to say, 'If you're on Mountain Lion, please keep scrolling down?' Would it be helpful, for instance, after the last line of code to put a line that says '--MORE--' or '--More (please scroll down)--' or something like this?

Any conventions or advice would be helpful.

I would delete anything from a post that is specific to the OS that some user might be using when viewing it.

Also note that things look different on mobile too, on which code blocks are not limited in height (and which don't get horizontal scrollbars either, but wrap lines instead): 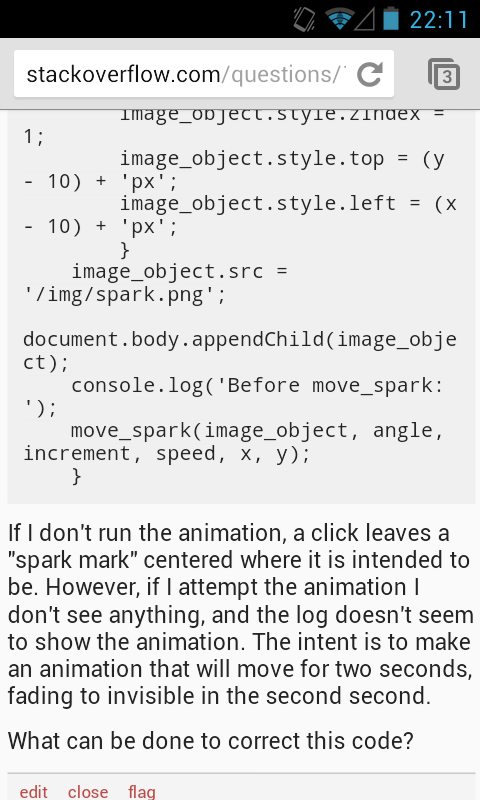 (Note that you can easily disable the OS X default, to make it always show scrollbars.)

Not the answer you're looking for? Browse other questions tagged support source-code osx .

37
How should we deal with RTFM comments?
8
What should I do when I want to accept a comment?
1
Lion's scrollbar doesn't appear on long code boxes
2
Why can't I post on Stack Overflow?

269
How to nest code within a list using Markdown
267
Do I have to worry about copyright issues for code posted on Stack Overflow?
360
How do I format my code blocks?
241
Shortcut or button for copying posted code from Stack Overflow
123
Bold code in a question
502
How do I escape a backtick ` within in-line code in Markdown?
253
Will concerns regarding the move to CC BY-SA 4.0 elicit any further dialogue from Stack Exchange, Inc.?