It would be great to add some "tools" to code blocks. For example:

I also think sometimes a code block is just too big and it would be nice to display it "collapsed" in a div with just 150px height. For example, you post a SSCCE so that people can copy and paste it. There is no need to display a 600px height div because you just want people to copy the code, not to read it. But, thanks to the mentioned tools, people can still expand the block if they want. 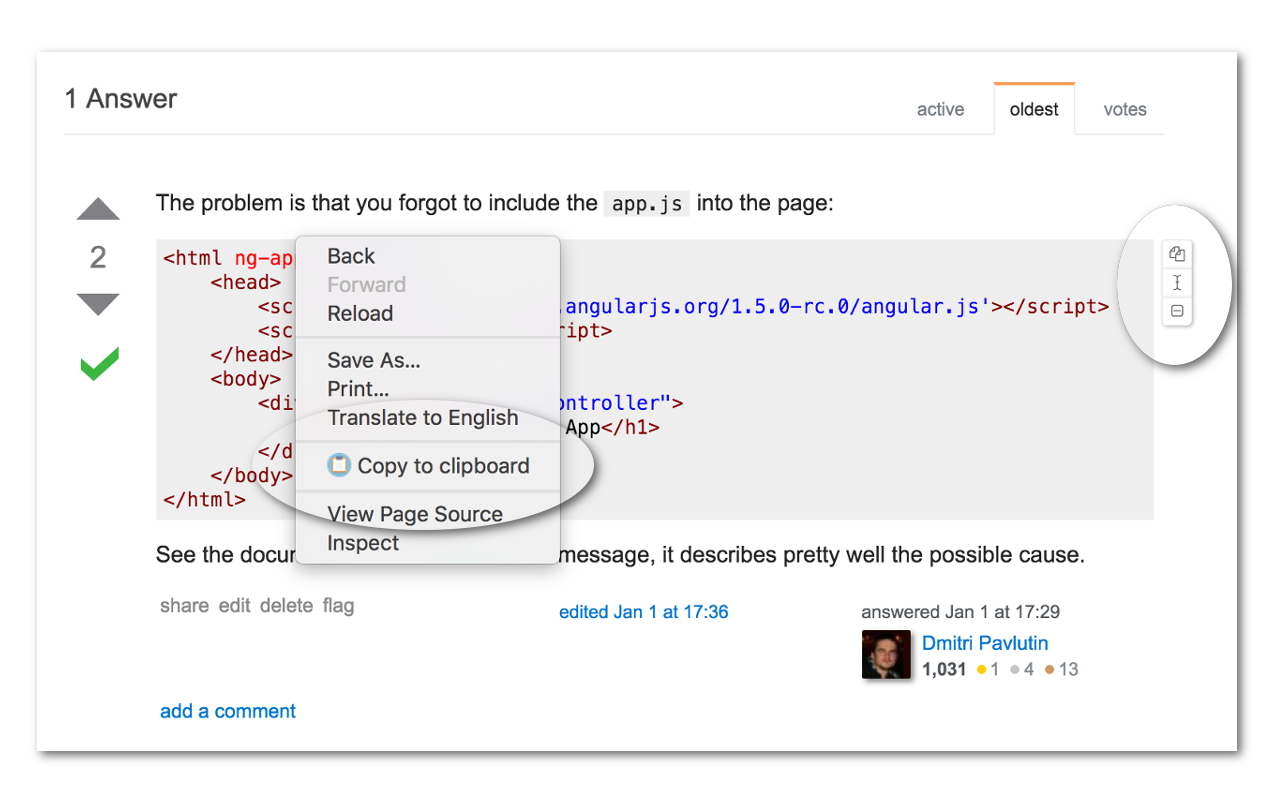 Install the extension from chrome store or read the product page.
The app is open source, see the repository. Feel free to report issues or improvement ideas.
Enjoy!

What about something along the lines of how LaTeX-Community.org allow users to open code in writeLaTeX (an online collaborative LaTeX editor/compiler)? For details and examples of how it works, see the announcement:

This type of integration has been proposed for TeX SX, and with the recent integration of CircuitLabs into Electronics SX, it seems like there are some precedents (and models) for how this could work.

(I originally posted this as an answer in this thread, but feels it might fit better here)

This is better solved by an add-on script like this one: Select Code Block Buttons Script.

That app currently only supports 'select all', but could easily be expanded to include the other features you requested.

That said, here's why I think this shouldn't be implemented for everyone:

For all that, I think that the strongest argument in favor of such a feature is better enabling SSCCEs in questions. Lots of modern software doesn't lend itself to a SSCCE because even 'Hello World' requires multiple files in a particular folder hierarchy. Anything that makes it easier for answerers to quickly test questioners' code to try and help is good. However, if you're going to be firing up a small project to check out a problem, you really want an online emulator like jsfiddle or a public repo/bundle with everything already organized correctly instead of having to cut and paste a bunch of text, even if it is easy to select.

Not the answer you're looking for? Browse other questions tagged feature-request code-block tools .

727
Which tools and technologies are used to build the Stack Exchange Network?
241
Shortcut or button for copying posted code from Stack Overflow
17
Automatic code reindent button
100
Prevent posts with links to jsfiddle and no code
13
Add an indicator for the license to code blocks and a tool to copy code with the proper attribution