Serial downvotes not being reversed? 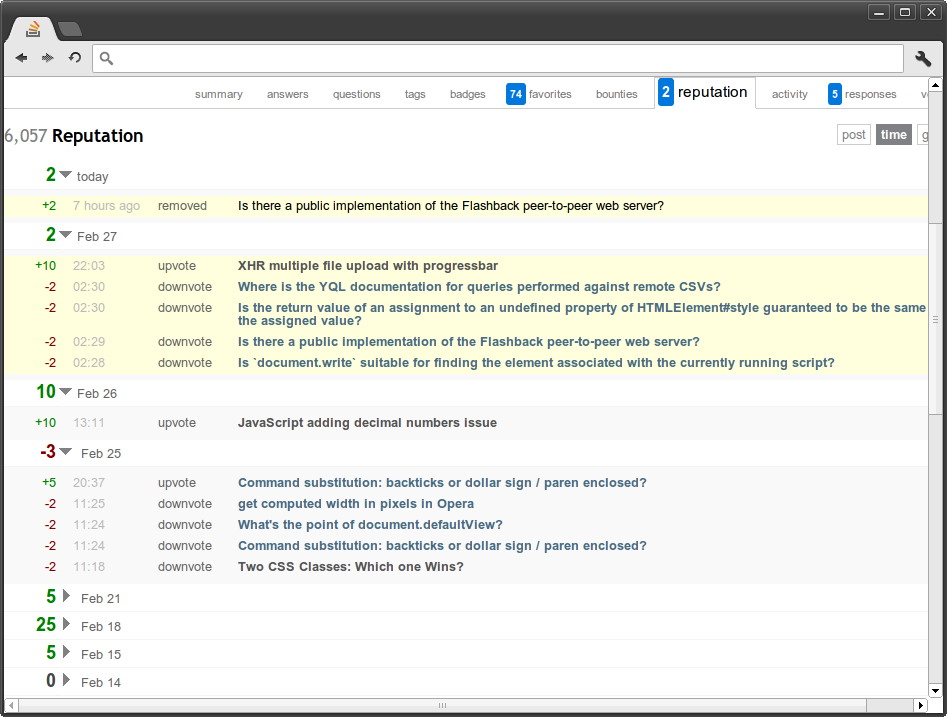 They seem to be happening in groups of four; sock puppetry possibly? This started immediately after giving some constructive feedback on a question that had received many downvotes (which was later deleted). The asker started name-calling and the downvotes started appearing on my highest-voted questions. Two days later, the downvotes appeared on my lowest-voted questions. I expected the downvotes to be reversed, but they haven't yet. This seems to be a clear-cut case of serial downvoting, even if the person doing it is using multiple accounts. Can someone look into this please?

If the downvotes seem to be serial-downvotes wait a day like you did. If not reversed you can flag one of the posts for moderator attention and state your concern.

Not the answer you're looking for? Browse other questions tagged support serial-voting .

80
Undetectable MICRO Serial Downvoting. What is it? What to do? What the heck!
36
Give moderators a tool to invalidate votes between users
6
Serial downvoting not reversed

64
Shouldn't anonymous serial downvoters be banned from SO?
573
What is serial voting and how does it affect me?
19
Serial upvoting reversed - algorithm
103
Please hide "serial upvoting reversed" entries in the public reputation history
15
What can I do when not all serial downvotes seem to be reversed?
80
Undetectable MICRO Serial Downvoting. What is it? What to do? What the heck!
30
How to handle repeat voting fraudster who re-serial-votes after every reversal?
967
Firing Community Managers: Stack Exchange is not interested in cooperating with the community, is it?