I had left a comment on a question informing a user that he needed to reupload the attachment somewhere else, and edited his post.

If this was wrong to be rejected, what is the process for dealing with wrongly rejected suggested edits? (This isn't the first reject I disagree with).

Take a look at this suggested edit: 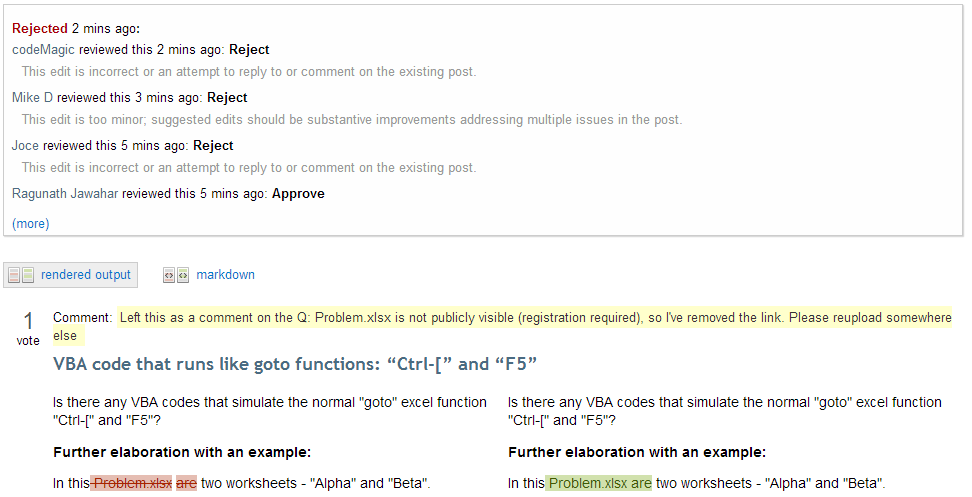 The link in question displays: 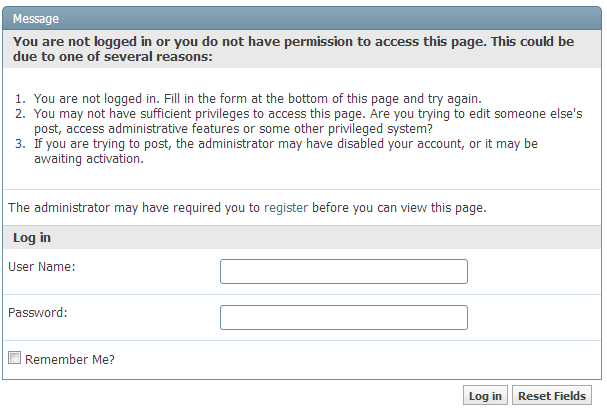 discussion suggested-edits rejected-edits
share | improve this question | |
edited May 23 '17 at 12:36

I think your edit was well-intentioned, but I don't think I would have made the same edit in that situation. Despite the fact that it was a link to an offsite location that required registration, your edit did not improve the post and probably made it a bit worse because no one could see it rather than before when only unregistered users of that service couldn't. The presence of the link was not actively harmful or spam-ish and did not necessitate immediate removal.

A comment to the OP asking him to move the file was the appropriate step, I don't think you needed to take the extra step of removing the link on your own without at least giving the OP a chance to act (the question was only 10 minutes old at the time you suggested the edit).

Now if you did leave the comment and there was no response or action from the OP for a few days, then maybe an appropriate step would have been to make an edit to add a (Registration Required) note to the link or removing the link at that point.

As for your general question about reviewing rejected edits, there is no mechanism beyond posting a question on the appropriate site-specific meta (but I would strongly advise you not do that every time you have an edit rejected). And even then, posting on meta is only going to help you understand why your edit was rejected and if it was a valid rejection, no one will be able to reverse it. If you strongly believe that an edit is necessary and important to make, you are of course welcome to suggest the same edit again. The risk you run is that the edit might be rejected a 2nd time (and if you repost it immediately after rejection, you might even run into the same reviewer(s) who will almost definitely reject it again1)

1 - It is not uncommon to see the same edit in the edit review queue and usually I'll just end up saying "Didn't I just reject this edit?" and hit reject again.

Not the answer you're looking for? Browse other questions tagged discussion suggested-edits rejected-edits .

7
What to do when an answer links to a subscription-only site?