Okay, so I was a victim of serial upvoting yesterday. Someone just decided to upvote me 7 times in a very short space of time.

Earlier today, as expected, I seen that I had -70 for Serial Upvoting Reversal.

My question is, why this change? Surely the -70 was correct and yesterday left unaffected. It seems like a fairly random thing, -34. I realise that I'm actually better off by 18 (yesterday was 215, now 197, today is -34) 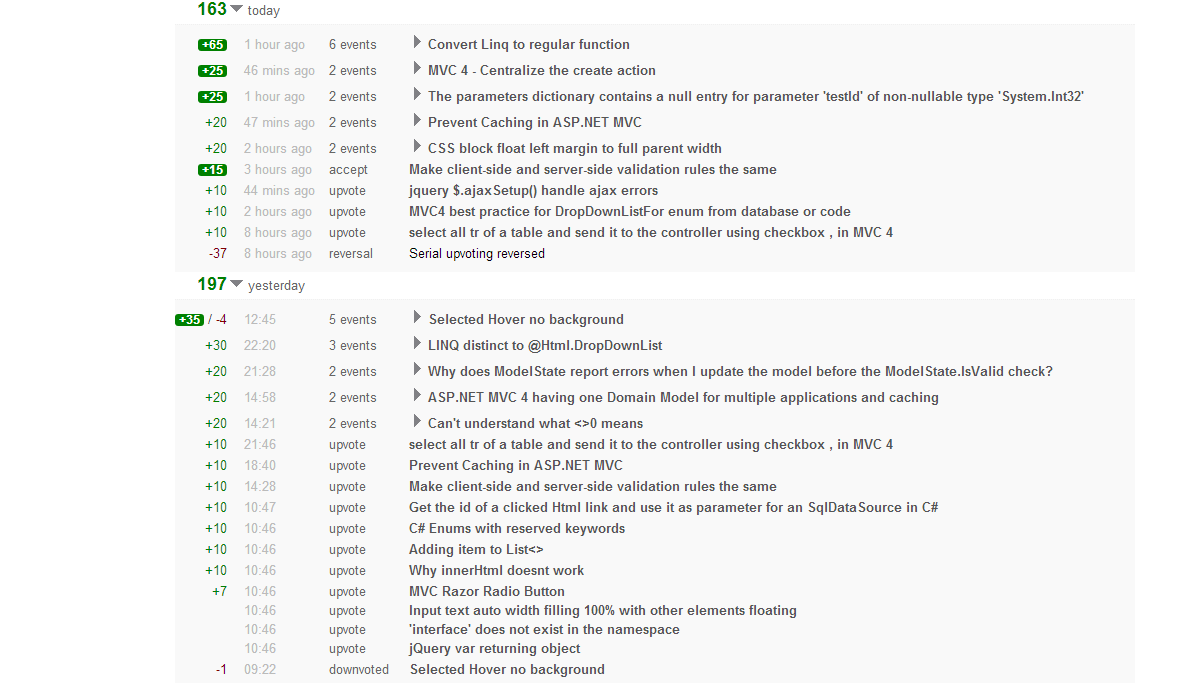 Looking at your per post reputation breakdown yesterday you received:

In total, with the cap in place, you gained 215 points yesterday.

However, 7 upvotes, cast early in the day, were serial votes, and were removed again by the script. After these were removed, your cap is recalculated. Now you got:

Not the answer you're looking for? Browse other questions tagged support reputation serial-voting reputation-history .

7
Sudden drop in reputation for no apparent reason in SO
573
What is serial voting and how does it affect me?
19
Serial upvoting reversed - algorithm
102
Please hide “serial upvoting reversed” entries in the public reputation history
12
Does reversal of serial voting on community wiki posts affect reputation?
949
Firing Community Managers: Stack Exchange is not interested in cooperating with the community, is it?