I, along with (probably) hundreds of thousands of other Stack Exchange users, really really want to know what the Stack Exchange Moderator Dashboard looks like.

The only reason Americans can't see the plans for the President's car is that then we would find a vulnerability in it. Then some crazy person would assisinate him.

On SE, however, it's different. Screenshots of the dashboard will not cause us to find vulnerabilities in it and assisinate the moderators.

There is the problem of private info being displayed in it, but the blur tool in Photoshop has to be used sometimes, right?

So, as a citizen of the Stack Exchange Network, I, along with my fellow Exchangiens, ask that we be shown a censored screenshot of the Moderator Dashboard.

We did elect you mods, after all :)

Here's how flags appear in the mod dashboard:

We also see (unhandled) flags when we visit the post: 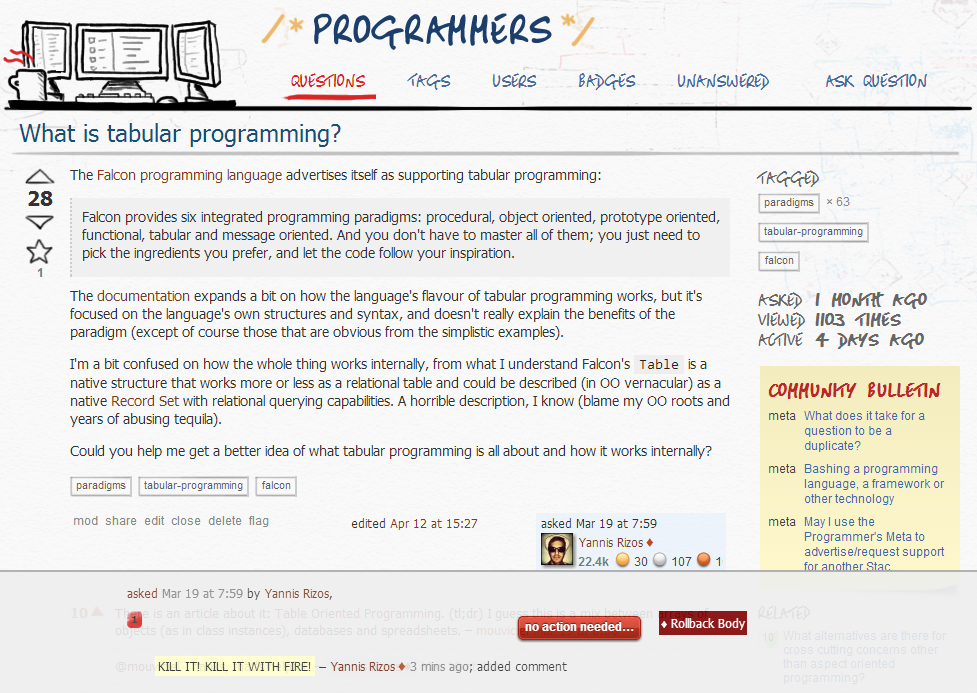 Everything else is either too boring (recent migrations, recent bounties, recent locks), or has too much private information to share (suspicious voting patterns, recent mod messages / suspensions). I took a screenshot of one of the more interesting parts of the mod dashboard and started blurring stuff and... the only thing that was left to show was a couple of labels.

Seriously though, it would be hard to show a screen shot without heavily editing it to conceal who flagged posts and whose posts were flagged. That's supposed to remain private. The dashboard itself is essentially just a list of links to flagged posts with a short synopsis of each, who flagged it, who originally posted it, and a few buttons to select what action we want to take. 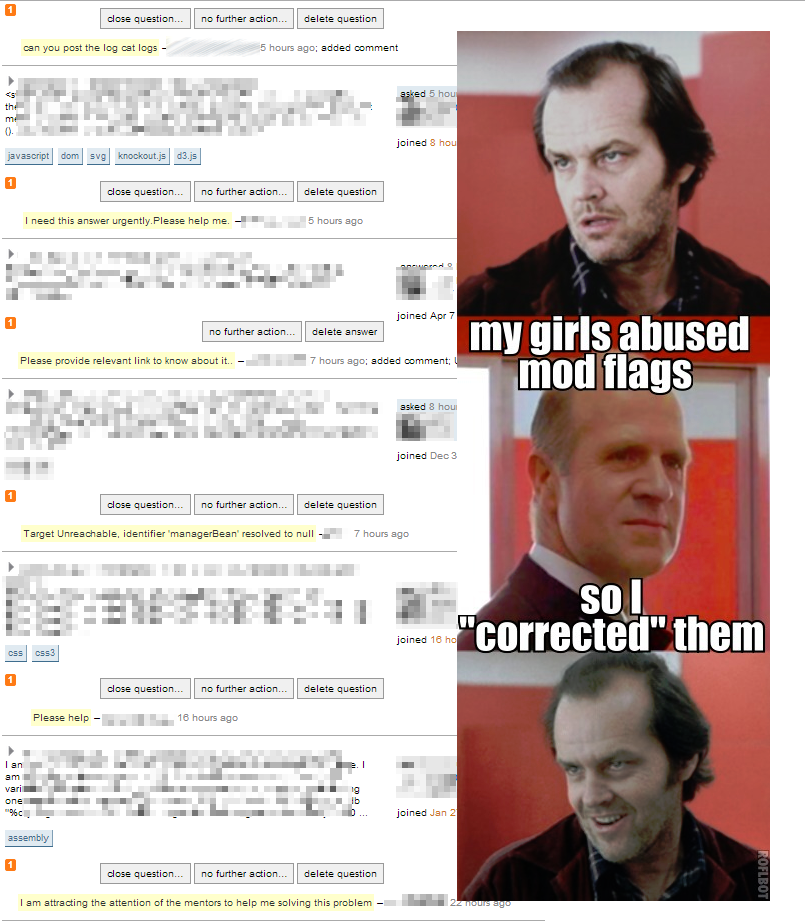 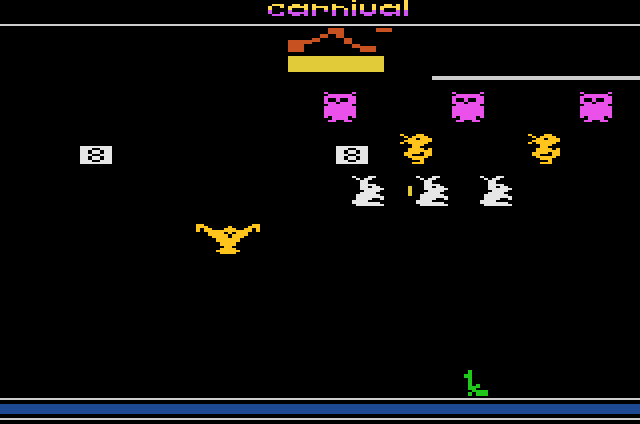 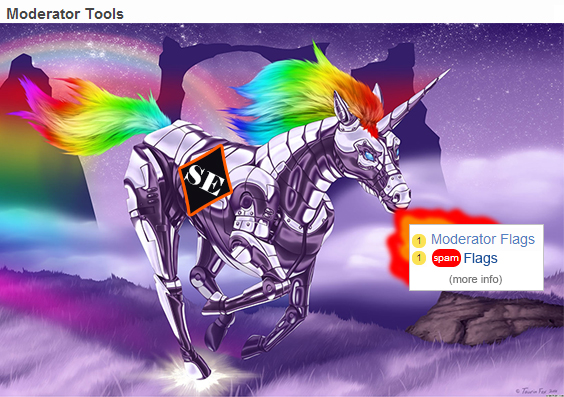 Not the answer you're looking for? Browse other questions tagged discussion moderator-tools moderators .

82
Stack Exchange needs a better way to inform their moderators about feature and policy changes
10
Details about the flagging mechanism
0
Can users with more than 10k reputation flag?

1384
Fastest Gun in the West Problem
1601
What is the XY problem?
250
Let's disallow moderator nominations from people who've been suspended in the past year
282
Why we don't keep public records of suspensions
327
Let's take a look at the interaction between staff and the “power users” of the network
2186
Firing mods and forced relicensing: is Stack Exchange still interested in cooperating with the community?
104
Will we really have “democratic” moderator elections?
183
Are there specific issues with unwelcoming behavior toward LGBTQ persons on Stack Exchange?
128
Does Stack Exchange have a responsibility to protect the rights of their volunteers?