I rejected this (minor) suggested edit because it didn't remove OP 'thanks' from the post, no big deal. Looking at the suggested edit review history now this is not apparent - because the suggestion is rendered in some way relative to the current state of the post, rather than the post as it was at the time, and the 'thanks' have subsequently been edited away. The post is shown with the current tags, rather than the tags at the time the edit was suggested.

When looking at suggested edits reviews after the fact we should see the post as it was at the time, and the suggested edit relative to that. Ideally the same inline/markdown/side-by-side display options should be available for viewing historical suggestion as when reviewing them in the queue.

Here's the approved suggested edit - revision 2 - in the post history: 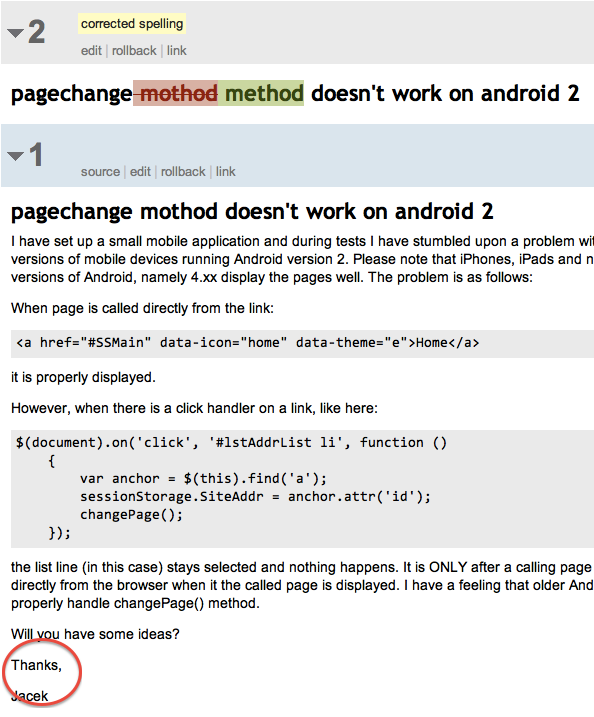 Only the title was fixed in revision 2. The review history for that suggested edit shows this though: 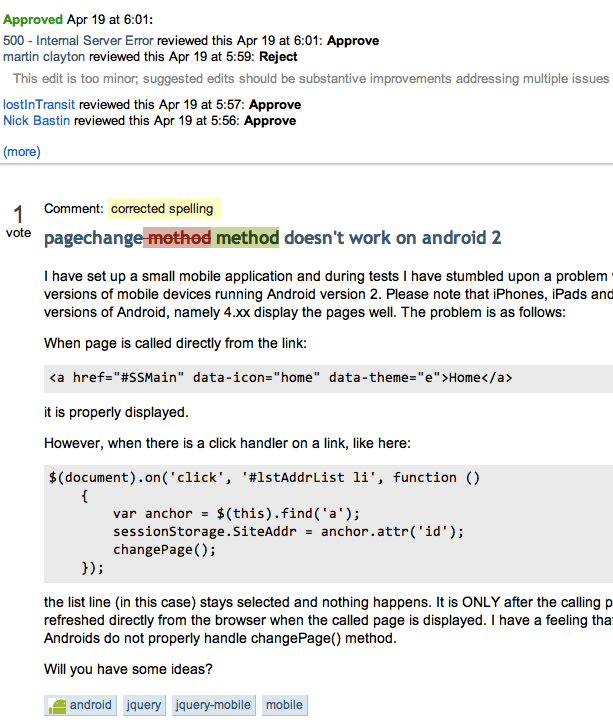 No sign of the "thanks", even though it was not removed until sometime later in revision 5: 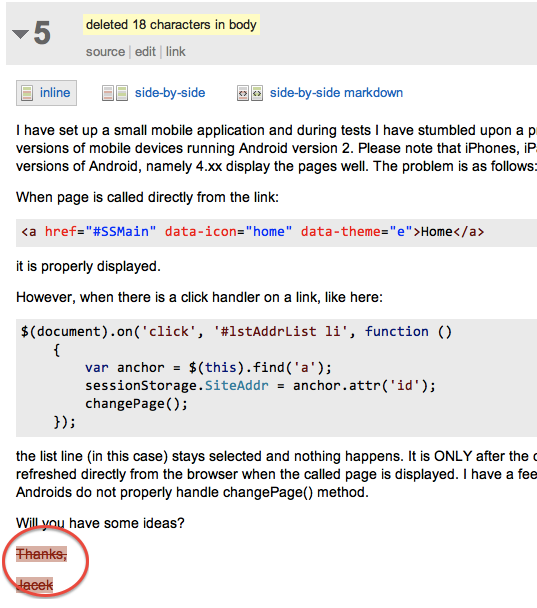 feature-request suggested-edits review-history
share | improve this question | |
edited May 23 '17 at 12:35

283
How do suggested edits work?
412
Decision on rejected edits should be displayed as a notification to the editor
345
Reject an already-approved suggested edit when rolling it back
145
Improvements to a suggested edit cannot be submitted when the suggestion is approved during editing
116
A way to “downvote” a suggested edit and affect both the edit suggester and reviewers
79
Show the post's comments on the “Suggested Edits” review interface
204
Stop using real accounts in suggested edit audits
74
Can “Thanks for your edit!” banner be linkified with the Suggested Edit Link?
48
Incorrect suggested edit review count