I am noticing that the list of earned bounties loads noticeably slower when the user has more than 10ish bounties! The same slowness is noticed by activating the earned link on the list of bounties in the Summary tab. The effect can be seen whether logged in or not.

Here's some visual feedback from Chrome's Developer Tools as to the differences between one and the other. 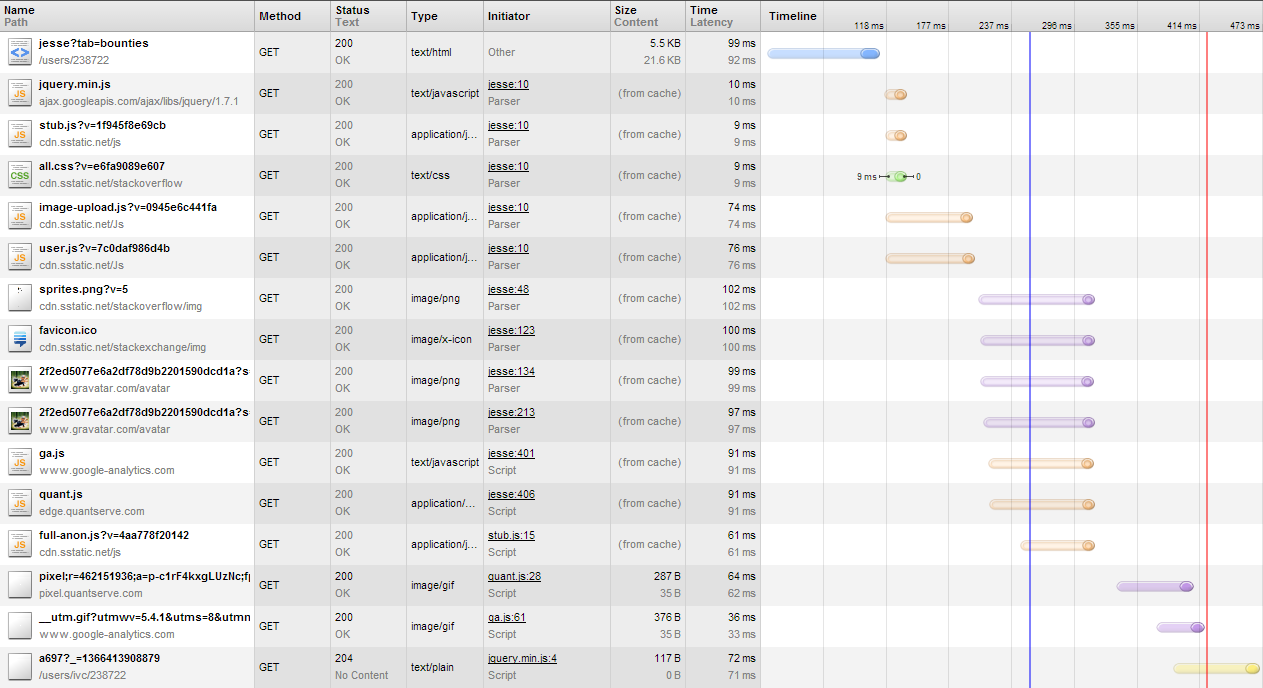 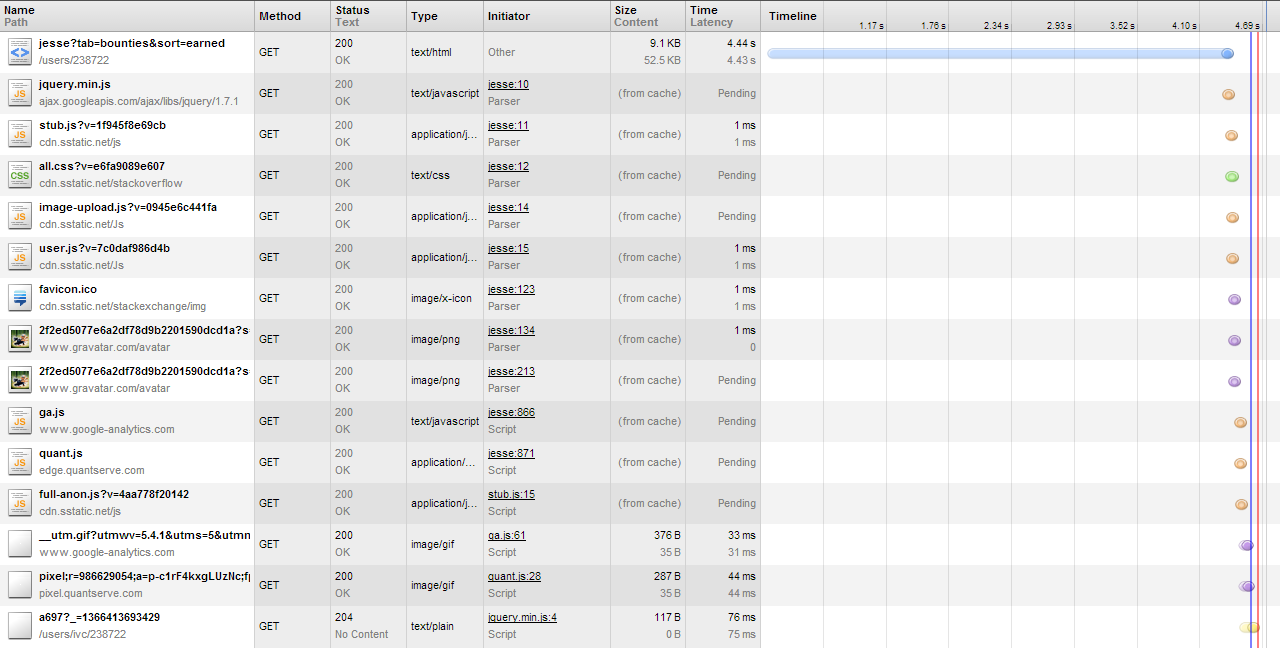 As you can see, there's a whopping 4 seconds difference during page request! I don't think this is critical, but it seems like it may be putting additional stress somewhere (other than cache). 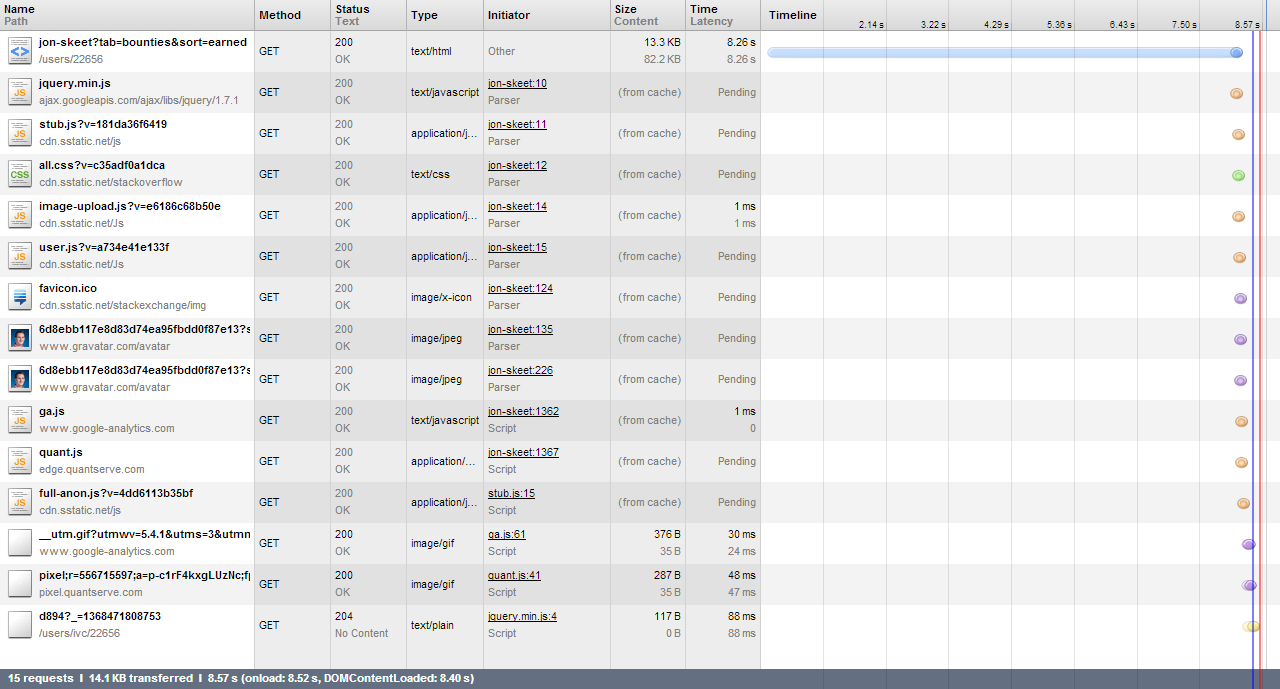 This was likely a bad query plan, one of several nuked from the plan cache over the past few days - if the issue returns let me know and I'll take another look at how the parameterization is behaving here.

Not the answer you're looking for? Browse other questions tagged bug status-completed bounties profile-page performance .