Show Area51 ads in the sidebar

We have seen several different types of ads in the sidebar of the sites. We also have Area 51 ads: 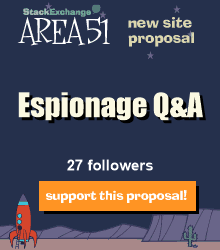 These ads are not shown in the sidebars.

What would you say of adding these to the sidebars as well?

As we're getting some crap on Area 51 as well, perhaps there should be some follower amount threshold before the ad to appear in a sidebar, but that's a detail.

Also, as Sha Wiz Dow Ard says in the comments, the engine can track the user's tags to see in what he's interested. In addition to that, the engine could show more Technology proposals on Technology websites, and the same goes for other categories.

I think it would be a stupid idea not to, it opens peoples eyes up to what else SO has to offer, and can help get that new community the evangelists it needs to get off the ground who may never have know others were even trying to set it up

Graduated sites can add specific Area-51 ads to their rotations by nominating them (and voting them up) on meta posts such as this. The voting ensures a basic level of community support for the ad. We have an Area-51 ad in our rotation on Mi Yodeya because of that post. Check your meta for the post from the community team.

Not the answer you're looking for? Browse other questions tagged feature-request area51 advertising sidebar .

848
Can we have the ability to retract a close vote before it closes?
835
Allow an edit to notify downvoters: “I think I've fixed the issue now - please check”
952
Show all of my question/answers to me even if they are deleted
4
How are the categories assigned in new Area 51 layout?
515
How to avoid “Hot Network Questions” on the sidebar
226
We're standardizing the sidebar width at 300px on all sites
226
We're enabling display ads on select Stack Exchange sites
188
Stop with the Sex Ads on SE sites, ESPECIALLY sites like “The Workplace”