How do some questions get so many votes?

How do some questions get so many votes? For example, Is there an "exists" function for jQuery? has 548 votes so far. Is it about marketing your questions in other chat rooms? Or it simply because it is a cool question?

discussion voting up-votes
Share
Improve this question
edited May 23 '17 at 12:36

The vast majority of the popular questions on Stack Overflow (and the entire network) generally fall into one (or both) of two categories:

In your example, it is the second category. Apparently, it is a very commonly asked question. So the most of the 200k views probably came from people searching for the same problem on Google or other search engines.

When the question and/or answer helps such a user, they'll probably upvote (if they have an account).

Recently, I've been playing with the Data Explorer to (mathematically) separate these two categories of extremely popular questions.

I informally refer to them as the "Type A" and "Type B" popular questions.

Here's a visual illustration of the difference between Type A and Type B posts:

Type A Post: Most of the votes are concentrated in one or more spikes of viral attention.
This question was linked on Hacker News on May 4th, 2012. 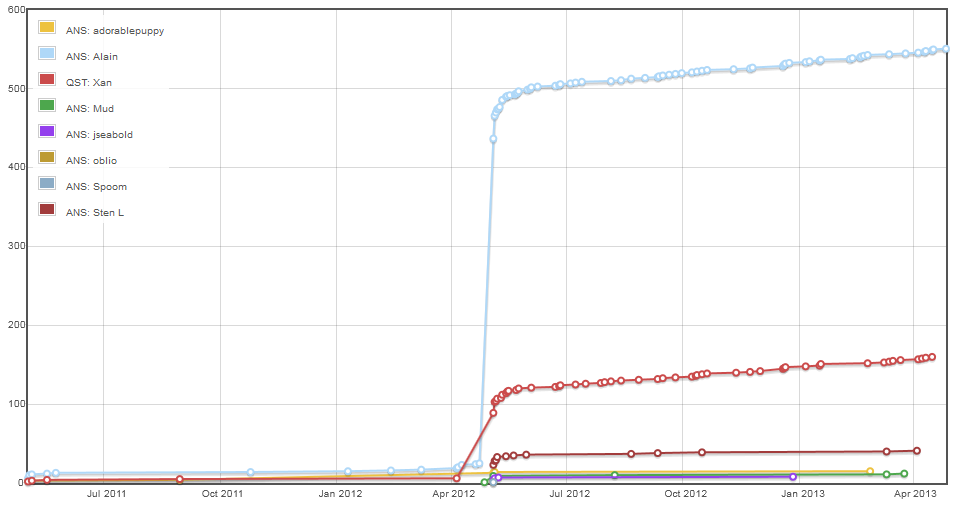 Type B Post: The votes come in steadily over a long period of time.
Note the exponential increase is reflective of the exponentially increasing size of Stack Overflow. 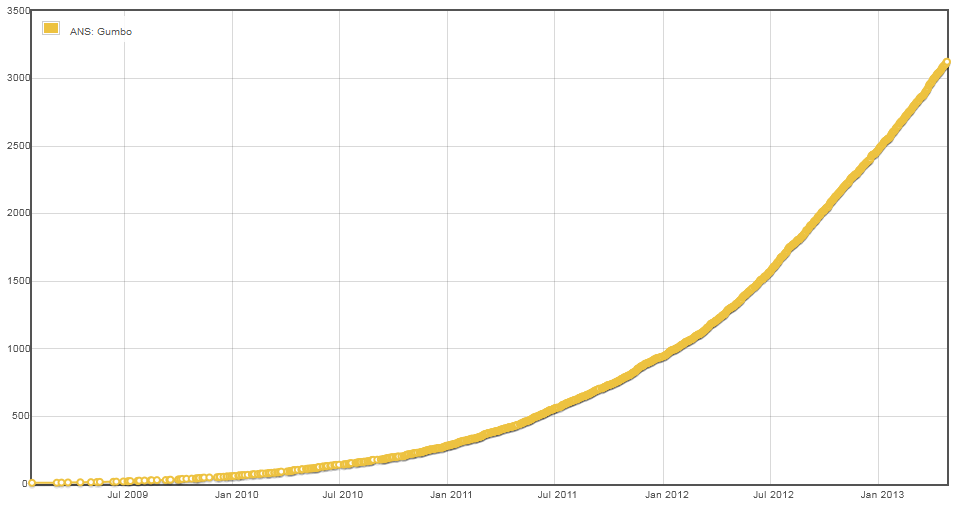 Write really good answers (and change your name to Jon Skeet). Also, it helps to work in popular categories.

Writing answers that address not just the specific details of the original question, but also address concerns that late visitors might have, will give you an opportunity to collect votes beyond the first rush. Think of it as a type of 'royalty' for above average work.

If you noticed, the question was asked on Aug 27 '08, and it is a very common issue. Each jQuery developer face it, and with time it gets votes.

Yes, you can also share your question as it is a feature on Stack Overflow and earns you badges too.

All you need to do to get a lot of upvotes is answer relatively simple questions really quickly, preferable you'll need to focus your attention on answering in the first few seconds after the question is being posted. You can easily pick up one or two and possibly three upvotes per answer like that.

If you want 20 or 30 or 40 upvotes per answer then the only option is to answer similar questions posed in 2008; obviously there will be an aspect of time travel involved - but inventing time travel may be simpler than picking up a vast reputation uplift from new questions on the 2013 SO.

Not the answer you're looking for? Browse other questions tagged discussion voting up-votes .

204
What formula should be used to determine “hot” questions?
15
How do you deal with legitimate questions from a troll?
0
Case study: Why the huge difference in number of views and upvotes in this case?

583
Exit strategies for “chameleon questions”
256
Reset votes on migrated questions
1229
Don't throw away all votes when a user is deleted
534
The current review system encourages fake reviews; some people upvote everything rather than actually fixing problems
2782
A Terms of Service update restricting companies that scrape your profile information without your permission
825
Net Neutrality and Stack Overflow / Stack Exchange
2452
Firing mods and forced relicensing: is Stack Exchange still interested in cooperating with the community?
715
Dear Stack Exchange: a statement and a letter from your moderators
2151
Stack Overflow is doing me ongoing harm; it's time to fix it!