If the answers were reordered when returning to the page, there's a high chance the vote will be cast on the wrong answer. Say in step 1 the answers were in order A, B, C but were reordered to C, A, B (or an additional answer D appeared in the meantime) when returning in step 3; when voting on answer A the vote will be cast on answer C, which is apparent when reloading the page.

Confirmed on Safari OS X (for a number of past versions, this has existed for a while).

Some more details, as it just happened on this question:

I had downvoted the question, then clicked through to another page. I returned to the question and two new answers were posted in the meantime. The first answer was being shown as being voted down by me (false). The markup looked like this: 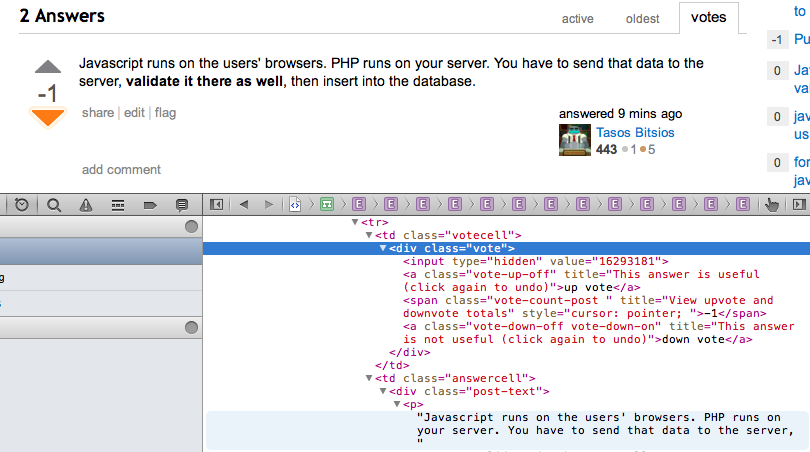 I then tried to explicitly vote on the answer, which gave me the error that I "had already voted on the question" and unless it changes I couldn't vote again etc etc. Here's the AJAX request: 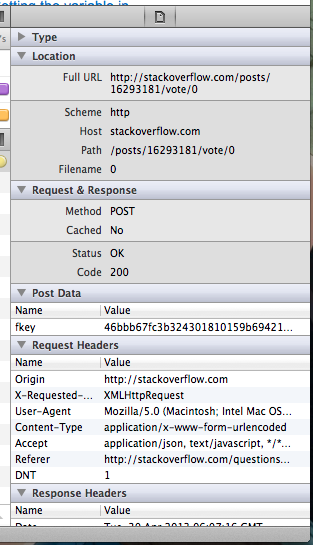 bug voting back-button
share|improve this question
edited May 23 '17 at 12:35

97
Should we reduce rep bonus for upvotes on posts with a negative score?
118
Why do you cast downvotes on answers?
873
Why aren't people voting for questions?
131
The Electorate badge discourages voting on answers
253
Reset votes on migrated questions
129
Should downvotes on questions be “free”?
74
When should I vote?
144
Improvements to a suggested edit cannot be submitted when the suggestion is approved during editing
6
Please fix my back button
252
A/B testing the sticky vote controls